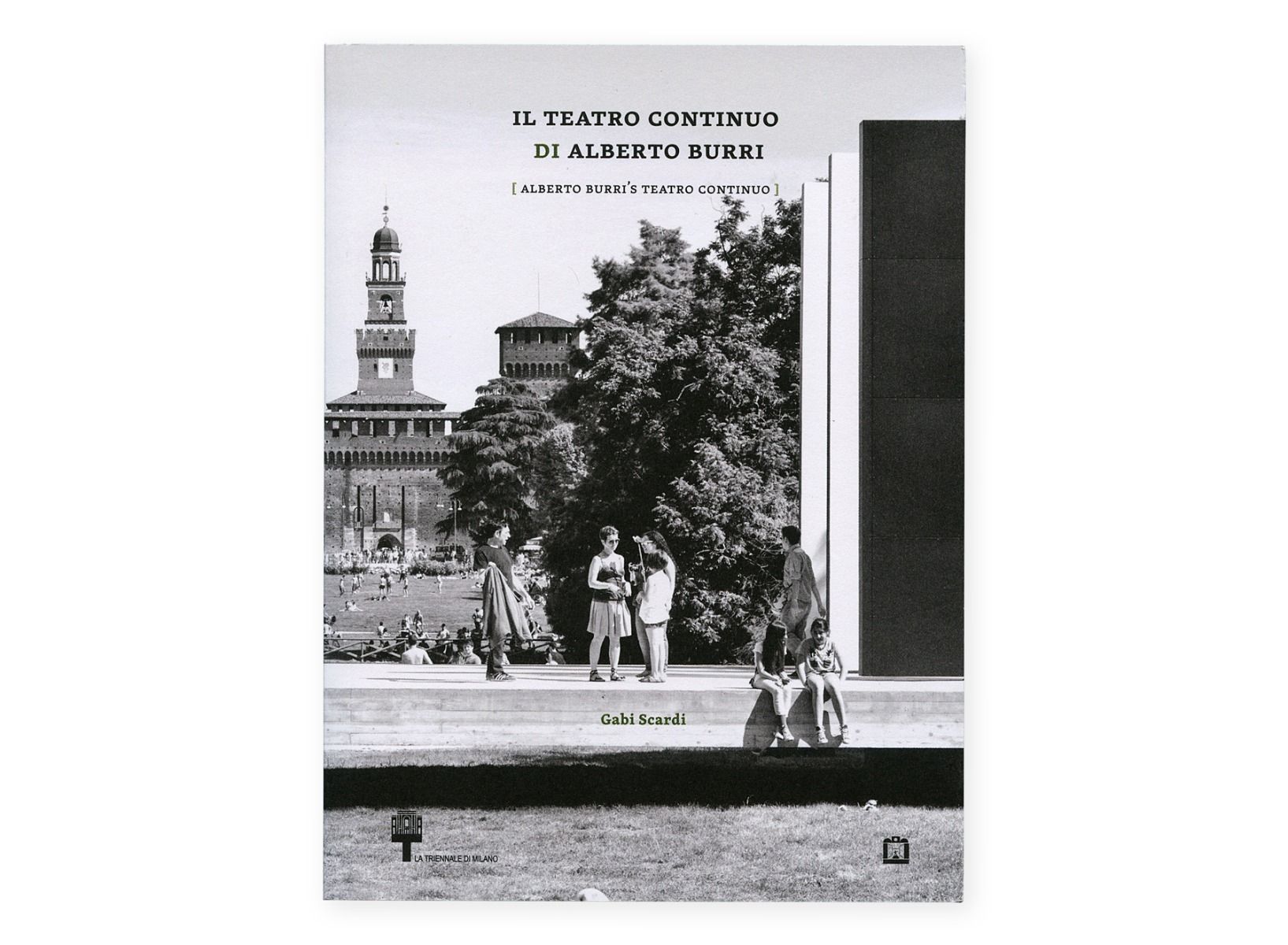 The reconstruction of Alberto Burri’s Teatro Continuo in its original location, some twenty-six years after it was dismantled, provides an ideal opportunity to retrace its history, and place the work in its critical and historical context. Gabi Scardi’s book is accompanied by plans, sketches and photographs, as well as by Paola Di Bello’s photo reportage, which documents the relocation process and the return of this emblematic work to the city.

Created in Milan’s Parco Sempione in 1973 to mark the XV Triennale, the Teatro Continuo is one of Alberto Burri’s major public works. Sober and rigorous, created especially for Milan and placed on the ideal axis that crosses the city and the park itself, it serves as a perspective scope and scenic machine that is always ready to be used. With this work, which exists in osmosis with its environment, Burri expressed his interest in theatre by expanding the notion of the scene to the urban space: a framed living space, a free base in the heart of Milan for independent use. The Teatro Continuo is a tribute to the Parco Sempione and it transforms the individual into the protagonist by offering the pleasure of its own spectacle.

Un Sedicesimo 1a
€5.00
Add to Wish List Add to Compare