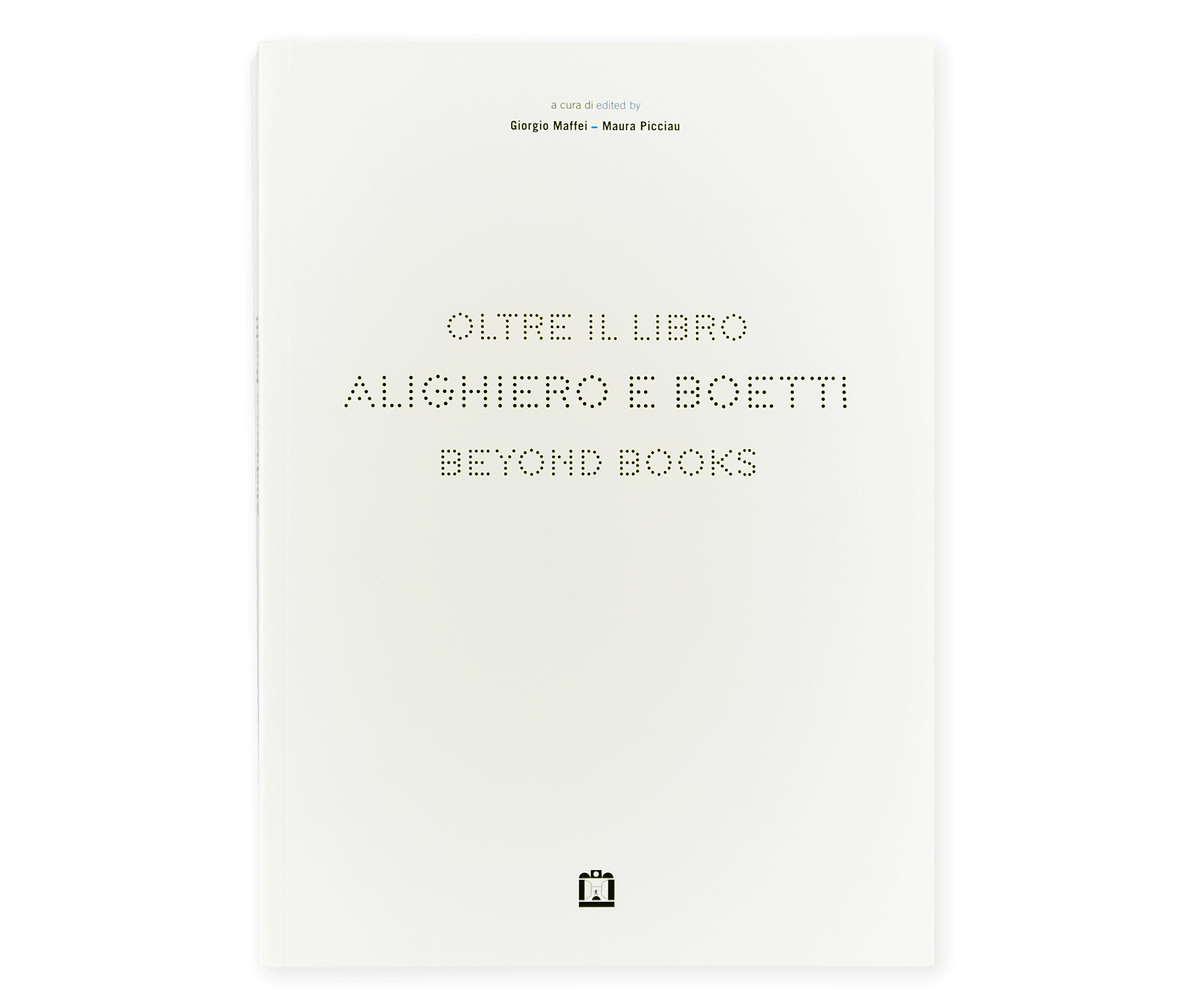 If you really want something, write it down (A. Boetti).

Alighiero e Boetti. Beyond books covers the intense activity of printer Alighiero Boetti, from his artists’ books to
posters and exhibition invitations, taking a look along the way at his long association with newspaper “Il Manifesto”.
Boetti was both typesetter and director of his work, shifting from the role of creator to graphic artist to rewrite and redesign the informative materials on his work. And this is how the artists’ books were born. A limited number of books with hard red cloth covers – Boetti’s trademark – linked by one common feature: they were pieces of real craftsmanship and a fusion of the traditions of printing and art.

Alighiero Boetti’s books tell of an observer heedless of his own era. One who talks to us of his obsessions and his desire to go beyond the surface and the way in which things appear, to reach a deeper level of being and a new, concise and intimate awareness of emotional reality.
In his artists’ books, Boetti manages to abstract reality, probing the unprobable and grasping the ungraspable definition of what surrounds us.
In Alighiero e Boetti. Beyond books, Giorgio Maffei and Maura Picciau investigate the evolution of a genre.
The dawn of a new concept in books, where reading and looking become part of the same aesthetic experience.