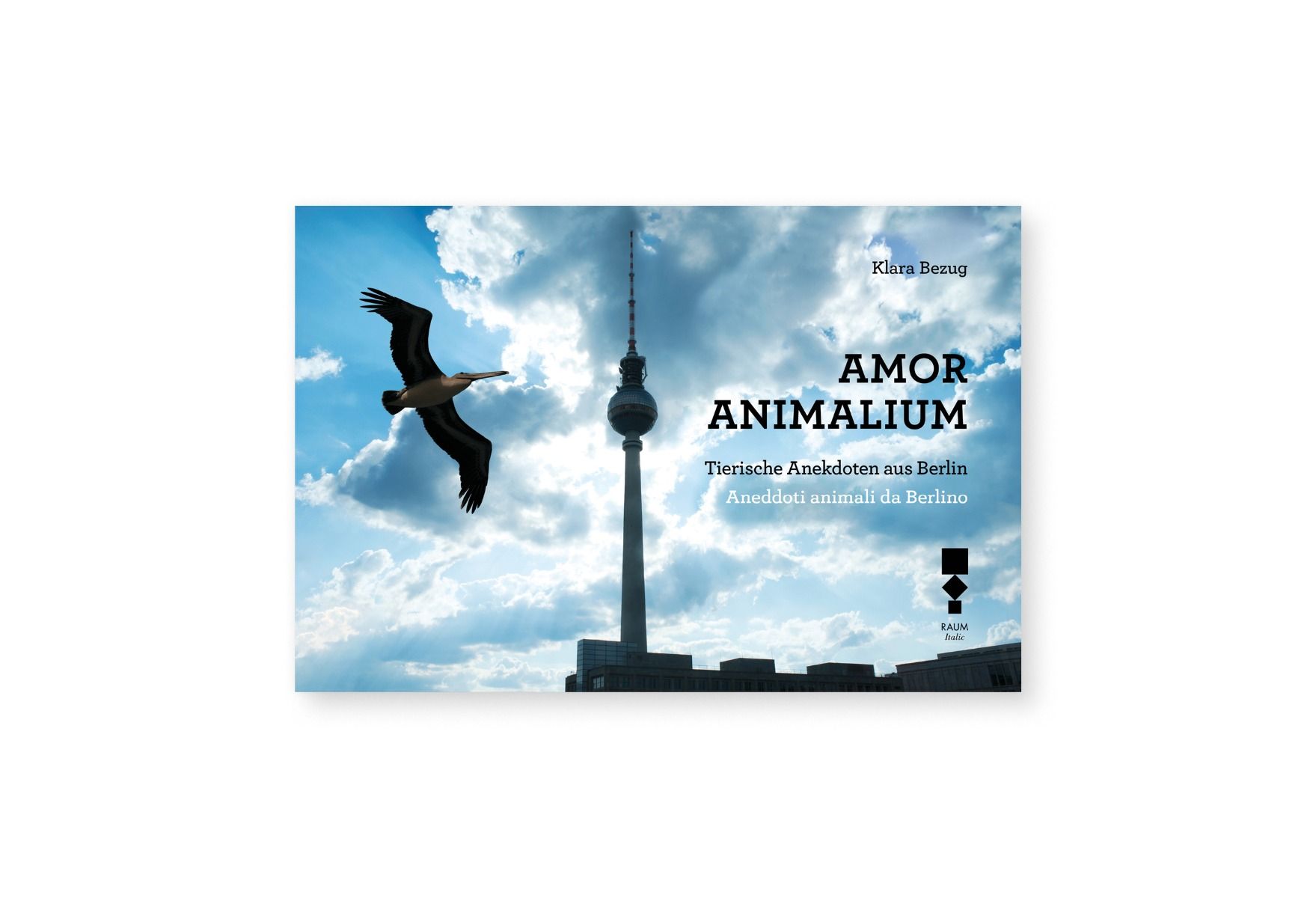 Camels on the city rooftops, penguins wandering around the columns in a museum, monkey policewomen and flamingos flying through the Berlin sky... these are just some of the scenarios collected in Amor Animalium: nineteen unpublished chronicles of strange stories that (never actually) happened in Berlin.

Having just arrived in Berlin, almost ten years ago, Gaia Marturano (Klara Bezug) printed four postcards of urban landscapes in which there were some animals hidden. In the early photo-montages, the animals were very small. The idea was that they could go unnoticed to an unobserved observer. The series grew and changed over the years to come and now all these images have led to a book, Amor Animalium.