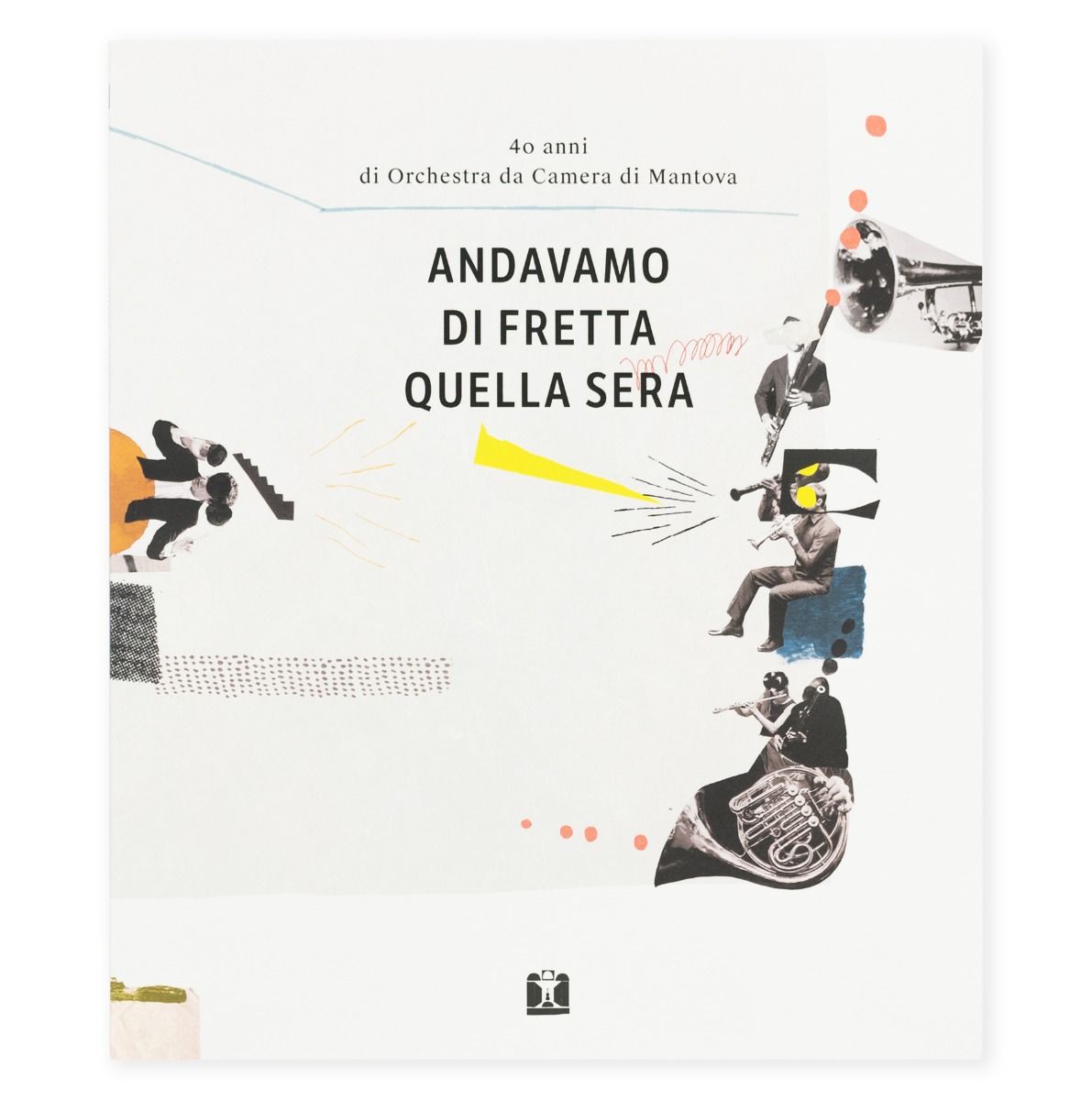 The Mantova Chamber Orchestra turns to a variety of voices to recount its 40-year history. Musicians, friends, artistic directors, personalities from the worlds of music and art take us behind the scenes of OCM's history with their stories, anecdotes, and memories, from when a group of young people met to create music together to the transformation of the Orchestra into a cultural organisation which, from Mantua, has come to perform all over the world. 2021 marks the orchestra's fortieth year but also brings with it other milestones such as the creation of the Oficina OCM production centre, the Trame Sonore Festival, the Tempo d'Orchestra concert season and the NextG Educational programme. An anniversary to celebrate, one that looks to the future more than to the past.

Among the authors involved are Angelo Foletto, Sandro Cappelletto, Guido Barbieri, Umberto Benedetti Michelangeli, Oreste Bossini, Alexander Lonquich, the musicians of the Mantua Chamber Orchestra Giovanni Bietti, Gemma Bertagnolli, Andrea Lucchesini, Gabriele Carcano, and Giorgio Pugliaro. With illustrations by Marta Lonardi that give shape, colour and representation to the music and history of the OCM.

Since 1981, the term 'orchestra' in Mantua has been synonymous with the chamber ensemble. It signifies making music together, in dialogue with one another. It stands for tireless and refined work in the search for resonance and stylistic expression, based on technical brilliance. It is not by chance that the Critica musicale nazionale chose to explain the awarding of the Abbiati Prize to the Orchestra da Camera di Mantova by defining it as "a high point of artistic encounter between the Italian instrumental tradition and the classical repertoire". The seat of the Mantua Chamber Orchestra is the Bibiena Theatre in Mantua, a real architectural and acoustic treasure. During its forty years of artistic life, the Orchestra has created extensive thematic cycles that it has performed on major national and international stages, and it has worked with some of the most highly regarded conductors and soloists on the international scene.