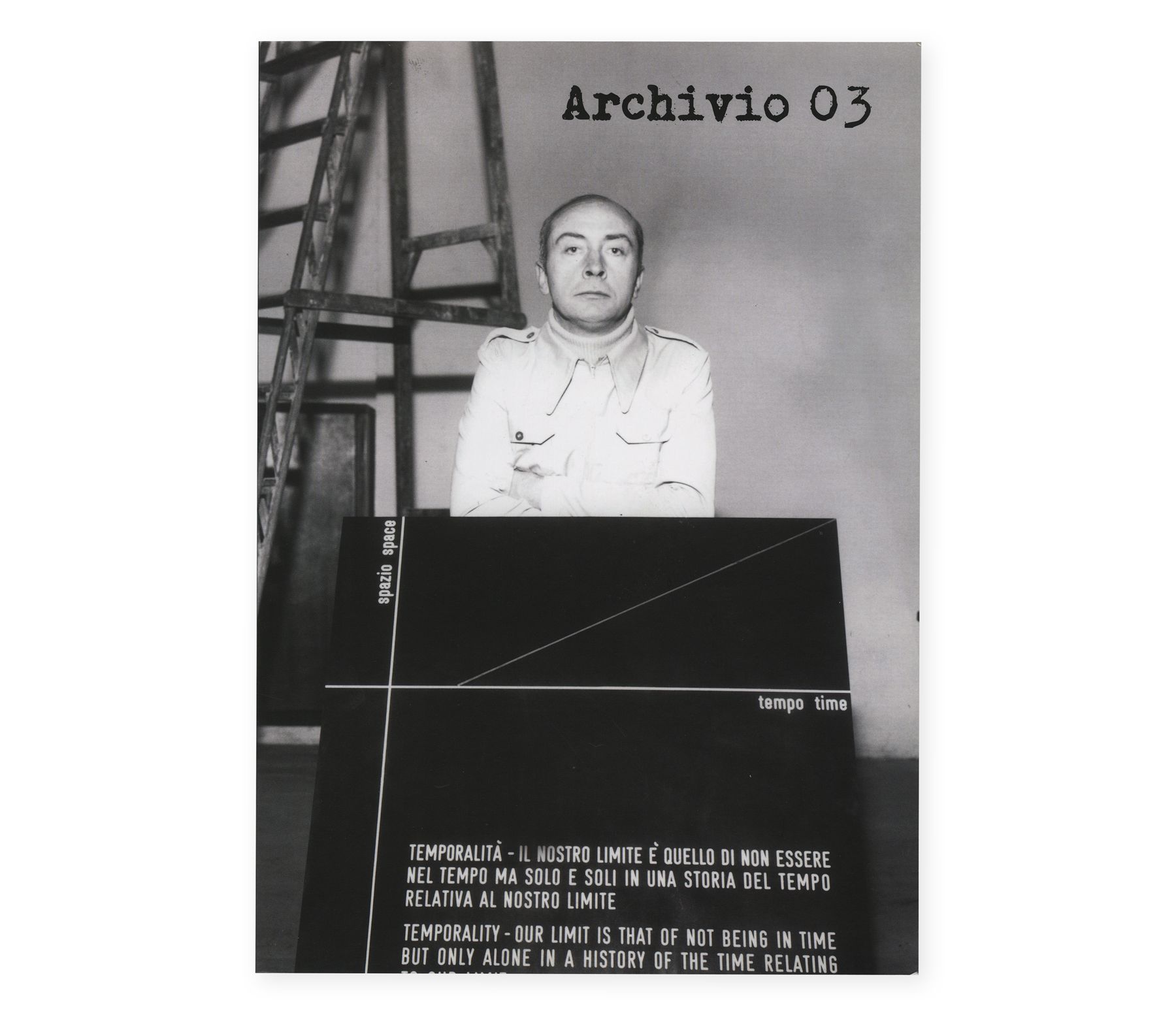 Archivio Series - Small books designed and packaged by the Archivio Vincenzo Agnetti with the aim of documenting the artist's work, highlighting the most visionary and contemporary aspects of his artistic research. Agnetti worked by crossing different disciplines: painting, sculpture, criticism, epistemology, technology, literature with a political and poetic sensitivity that has shaped his path. The relationship between work and research was crucial for the artist who combined critical and theoretical aspects with the poetry of his paintings. Therefore each volume starts off from the works exhibited in the preparations made in the “Machiavelli 30” Archive.

The volume Territorio-Territori, non dipingo i miei quadri (April 2018) is devoted to a theme very dear to Agnetti and which in later years assumed considerable importance: the relationship between space, territory and culture.
The volume opens with an interview given to “Corriere della sera” in February 1972, Non dipingo i miei quadri (I don't paint my paintings), in which Agnetti explains the intentions of his artistic operation. The interview that frames the set-up of the archives and the contents of the volume, directs us to consider Axioms, Portraits, Landscapes as chapters of a great serial narrative that explores the two sides of each argument: the strictly conceptual one and the underlying, intuitive and poetic one.
However, the works are not chapters in a book. The writings have corporeity, aesthetic rigour, they are seen with immediacy in their entirety; they attract the eye even before being received and then work into the head of the observers. Therefore, the concepts of space, territory and culture expand and suggest reflections, relationships, existential, philosophical and even political positions in a disorienting aesthetic dimension.