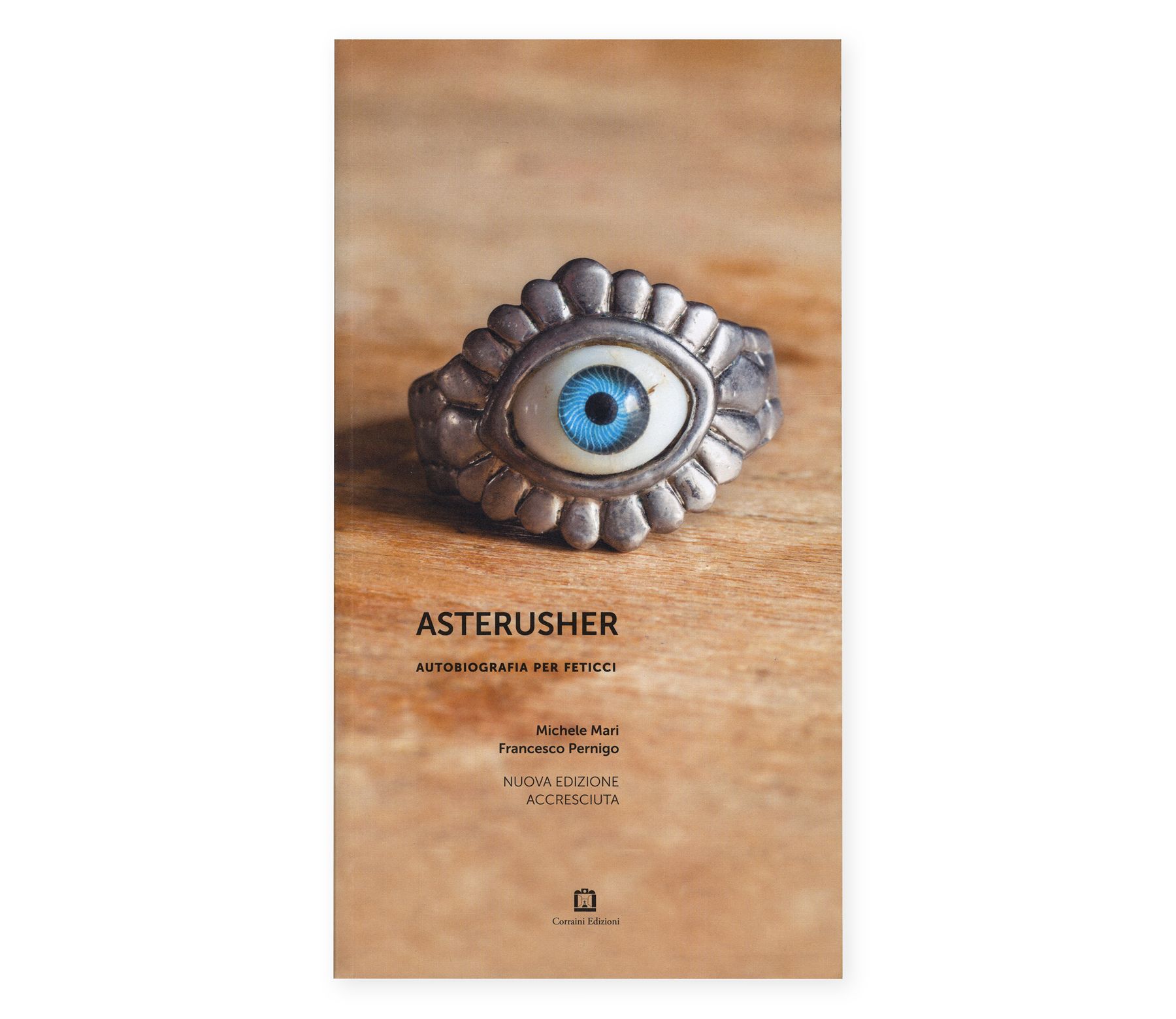 A fundamental inspiration for authors from across the ages, the home is a place that in its many forms - physical or imaginary space, a closed territory of family memory or the environment chosen for manifestations of the subconscious - occupies a place of honour in literature as well as in life: we leave our traces on the homes that we have inhabited, just as they have left them on us. It is precisely the houses where he spent long periods during his childhood that are the object of Michele Mari's story in pictures in Asterusher. Autobiografia per feticci, which is now released in a new expanded edition. Through Francesco Pernigo's photographs, Mari invites us into his homes, showing us the hidden corners, telling us, in a web of anecdotes and quotations, the history that is inextricably linked to the objects that populated and populate them. The result is a literary identity evoked through the physical traces of a personal and family history, an ambiguous identity like those, alluded to in the title, in Borges' Asterione and Poe's Usher.

Michele Mari lives in Milan, where he teaches Italian literature at the Università Statale, and in Rome. In addition to numerous essays and volumes, he has published fourteen works of fiction, such as Di bestia in bestia, Tu, sanguinosa infanzia, Tutto il ferro della torre Eiffel, Verderame, Rosso Floyd and Roderick Duddle for some of the largest Italian publishing houses. He has also the author of a number of comics and the poetry collection Cento poesie d’amore a Ladyhawke. He also translates for a number of different publishing houses.

Francesco Pernigo was born in Rovereto in 1978. He lives and works between Trentino and Sardinia, dedicating himself to projects linked to the territory and the relationship between objects and their cultural context. In terms of his photographic research, he loves to quote a phrase by Robert Walser, who perfectly summarizes the sense of his work: “'We don't need to see anything out of the ordinary. We already see so much.”