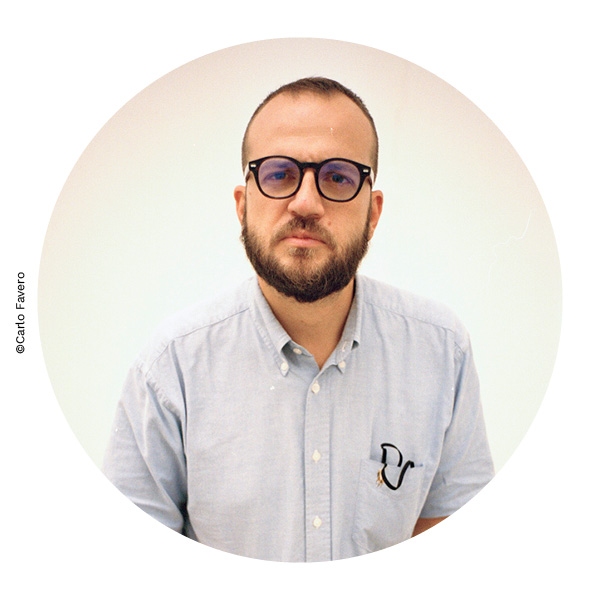 Giuseppe De Mattia lives and works in Bologna. He uses a variety of tools to investigate the relationship between memory, the archive and contemporaneity. He began with photography and then moved on to video and audio, and finally to drawing. For his works, which always take different installation forms, he uses (often self-made) supports and devices that can narrate. He works alone and in collectives, such as Coclite/De Mattia and Casa a Mare (with Luca Coclite and Claudio Musso). He works with Home Movies - Archivio Nazionale del film di Famiglia and has collaborated with the Cineteca di Bologna.