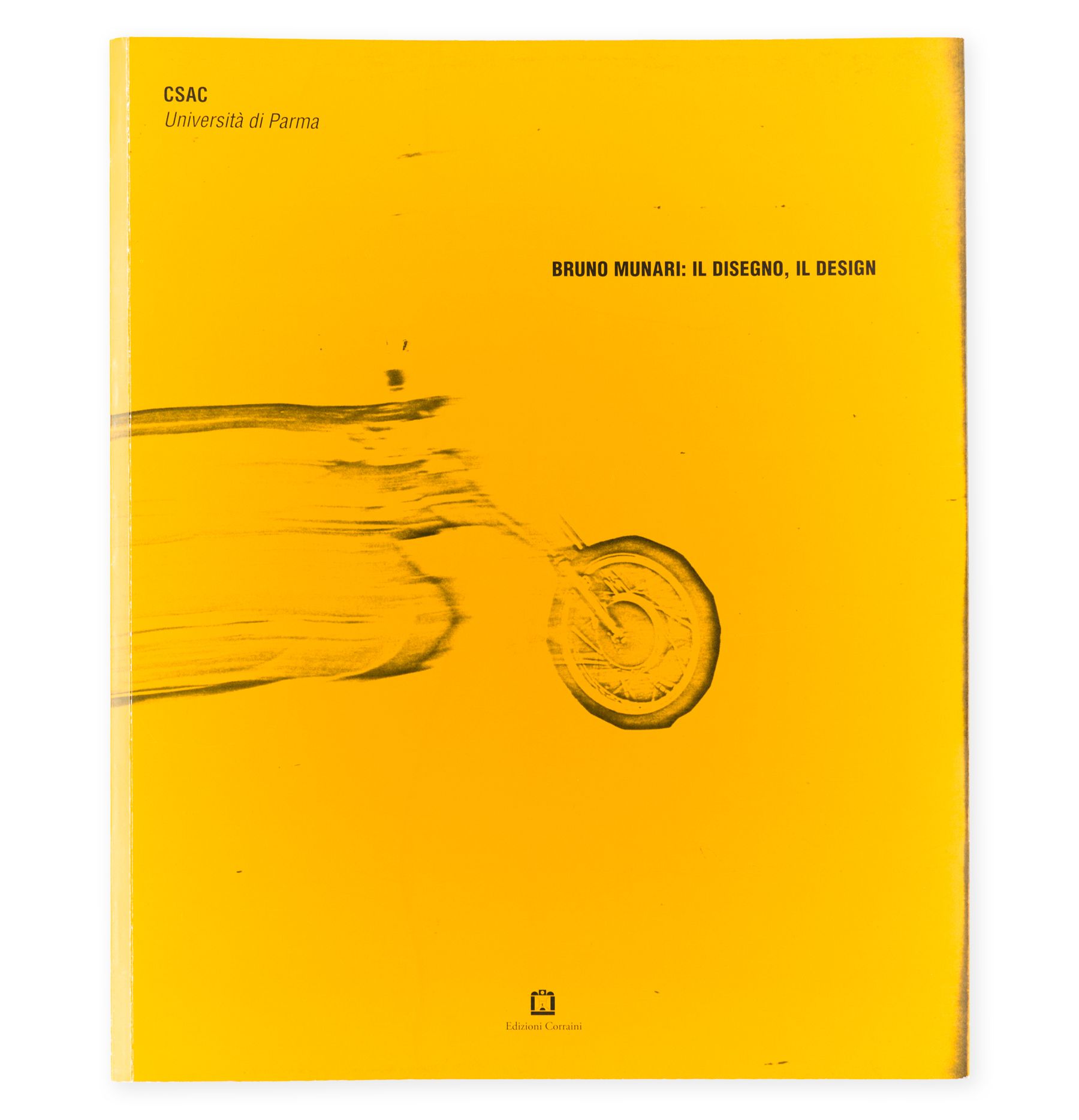 In 1979 Bruno Munari donated part of his personal archive to the CSAC in Parma: a sort of encyclopedic collection of solutions for possible answers. From the very first drawings for abstract paintings in the Thirties to the studies for the Negativi-positivi, to the sketches for publishing graphics, to the series of the original editions of his games: a rich collection of Munari’s projects, many of them previously unpublished, which help understand Munari’s poetics “behind the scenes”.

From the Bauhaus to Piaget’s psychological theories, Munari assimilated many visual and conceptual trends of the XXth century, re-proposing them in a very new and original creative richness. As it has been said, he “burns” a quantity of principles, each one of them could hold up a whole artistic life. From this collection is born an accurate and complete publication, an instrument with lots of cues and informations to know Munari before his works, through the projects.

The book includes: A systematic essay by Gloria Bianchino, director of the CSAC, about Munari’s project poetics seen through his most important works; the “historical” essays written in 1979 on the occasion of the exhibition Bruno Munari at the CSAC in Parma: an introduction by Giulio Carlo Argan and a detailed interview to Munari by Arturo Carlo Quintavalle. Also, a rich collection of more than 500 colour images from the Bruno Munari Fund in the CSAC Archive with the corresponding index cards and a bibliography of the most important publications about Bruno Munari’s works.

This book is published on the occasion of Minimondi – 8th edition of the children’s literature and illustration festival (15th February – 9th March 2008) in Parma and province. It is also the catalogue of the exhibition Bruno Munari: il disegno, il design. The Bruno Munari Fund in the CSAC Archive at the Salone delle Scuderie of the Palazzo della Pilotta in Parma from 16th February to 30th March 2008.