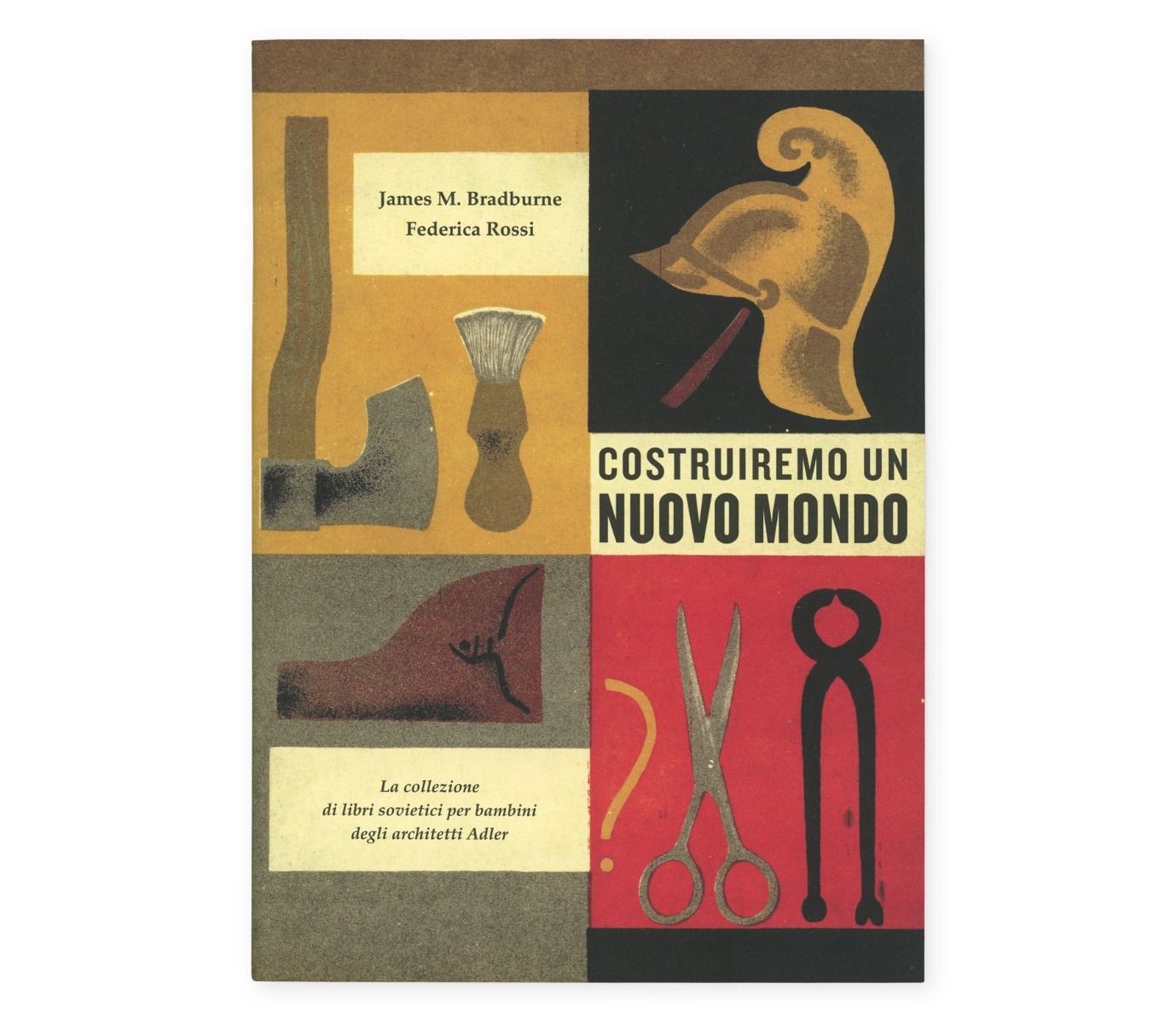 The extraordinary story of the Adler collection begins with a battered brown leather suitcase. In 1933, the architects Hans Edward and Hedwig Adler fled Nazi Germany and took refuge in the United Kingdom. When they died in 1986, their daughter Susan found the suitcase with precious contents in the attic while clearing out their flat in Cologne: 257 children's books from the Soviet Union, 169 of them in Russian, 85 in Ukrainian and 3 in Yiddish, mostly published between the late 1920s and 1933.
In the USSR, in the initial period after the October Revolution, there was a time of intense creativity and focus on children, and the books in the Adler collection bear witness to this unique period in 20th century history. The collection also includes rare editions and works by masters such as Vladimir Lebedev, Vera Ermolaeva and Aleksandr Dejneka, one of the greatest Soviet artists.

The book "Costruiremo un nuovo mondo" offers numerous illustrations of the books and tells the story of this remarkable collection, as well as providing an insight into the world of illustration and Soviet culture in that period. Published to coincide with the exhibition "Tempi Terribili - libri belli" which opened on January 20th 2021 at the Biblioteca Nazionale Braidense in Milan, the book contains essays by the director of the Pinacoteca di Brera and the Biblioteca Braidense, James M. Bradburne, and the curator of the exhibition, Federica Rossi.