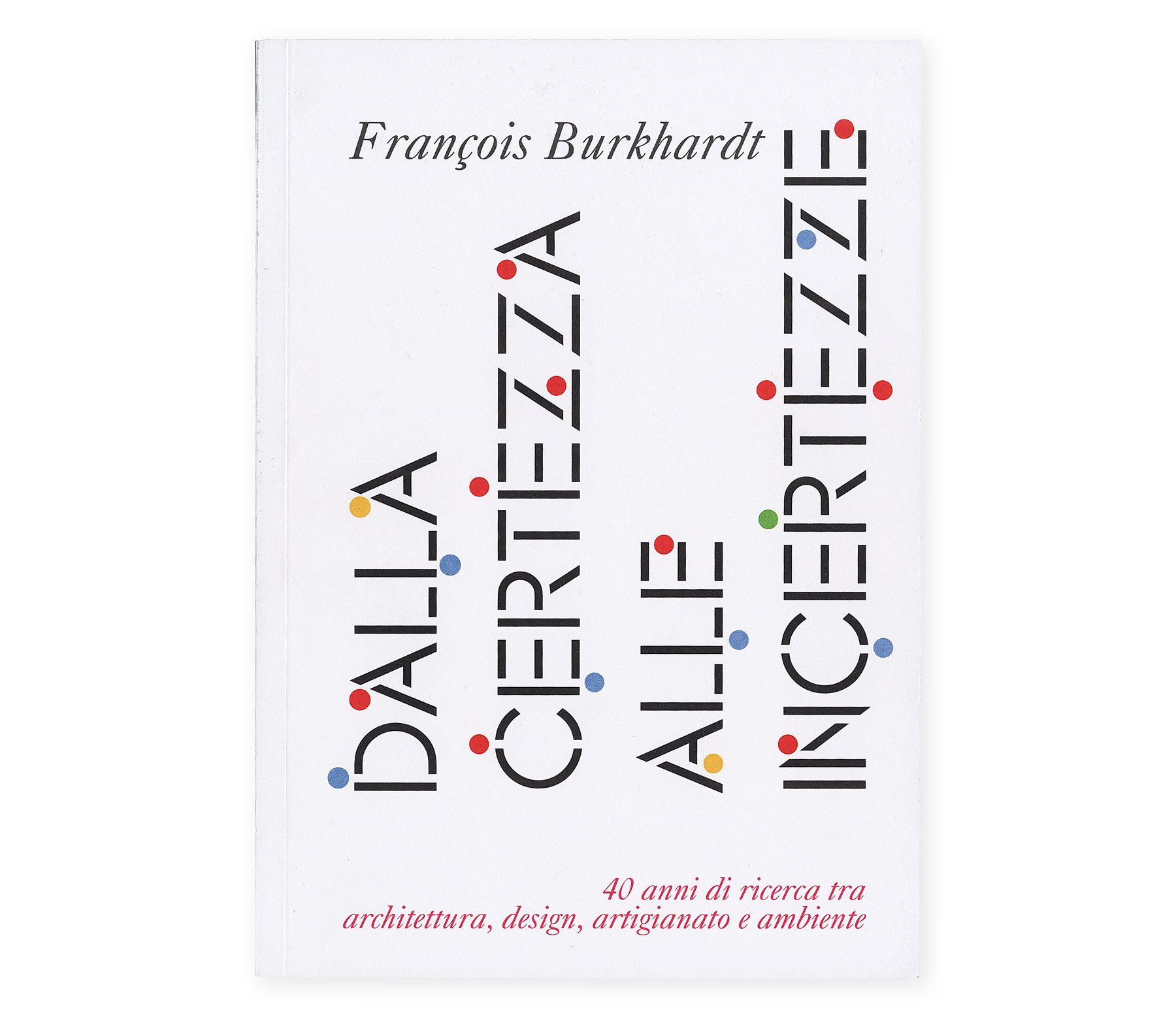 Dalla certezza alle incertezze: 40 anni di ricerca tra architettura, design, artigianato e ambiente traces the most significant moments in critic and architect François Burkhardt’s career. His investigations on social and ecological aspects related to art, architecture, design and craftsmanship combine constant experimentation and crossover between the subjects. With book design by Italo Lupi, this work goes beyond the professional biography. In an interweaving of theoretical ideas that unfold against the backdrop of the Swiss critic’s most significant works, the publication offers a general reflection on Burkhardt’s main theories, and trigger a topical debate on architecture, material culture, philosophy and sustainability. Theorist, historian and critic of architecture and design, François Burkhardt was born in 1936 in Winterthur (Switzerland). Over a period of forty years he has taught at Austrian, German and Italian schools and universities. The director of major European cultural institutions including the Kunsthaus Hamburg, the IDZ (Internationales Design Zentrum) in Berlin and the CCI (Centre de Création Industrielle) at the Centre Georges Pompidou in Paris, and besides authoring numerous essays, he has directed the magazines “Traverse”, “Domus”, “Crossing” and “Rassegna”. He has also received numerous awards including the Compasso d'Oro for his international career.