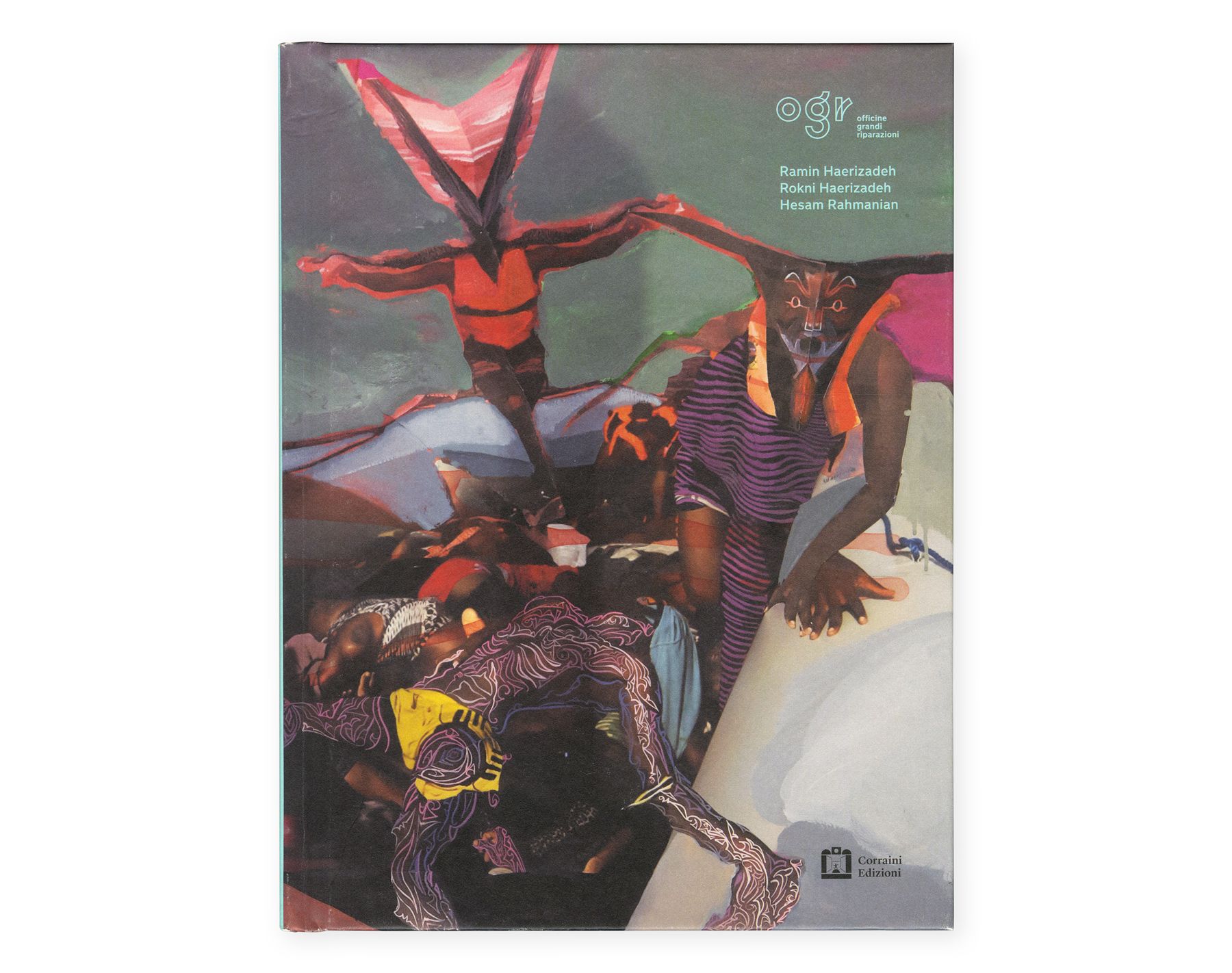 “Forgive me, distant wars, for bringing flowers home” – a line taken from the poem Under One Small Star by Wisława Szymborska – is the title of the exhibition by Ramin Haerizadeh, Rokni Haerizadeh and Hesam Rahmanian scheduled for the OGR in Turin from 12 July to 30 October 2018. The show tries to provide a sort of reading key to the artistic practices of Ramin, Rokni and Hasem, focusing on their working methods, and on the creation and communication processes behind the works. In recent decades, the three artists have shared a kind of philosophy of life that has led them to a “common crea- tion”, in which the individual and collective practice interact.

The book Forgive me, distant wars, for bringing flowers home details the exhibition, offering images of its set-up and of the artists in action and, in turn, traces the trio’s eclectic style in its structure and graphics. Important insights are deepened in the book through previously unpublished contributions, including a long conversation with the three artists, who share the behind the scenes of the creative process and their own philosophy based on the inclusion of others. The curatorial text by Abaseh Mirvali and Constanza Medina explores the two themes of collaborative work and the overcoming of borders, meanwhile Media Farzin’s analysis centres on the role and interaction of “creatures” and assemblage: as a whole, the texts contained in the book offer a journey through the fundamental aspects of Ramin, Rokni and Hesam’s practice, from sources of inspiration to working methods.