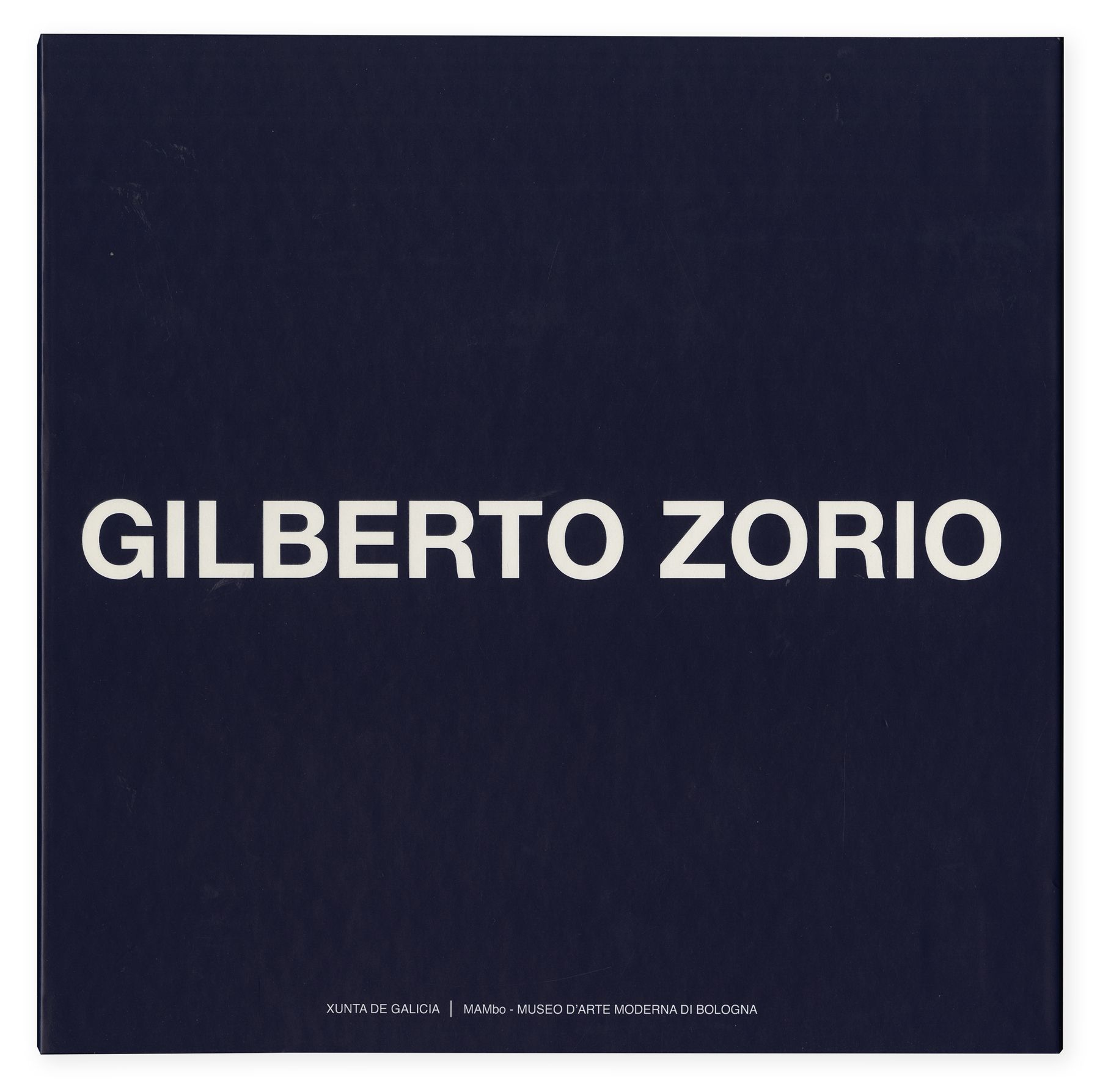 The book Gilberto Zorio published by MAMbo – Modern Art Museum of Bologna in conjuction with the CGAC – Centro Galego de Arte Contemporánea of Santiago de Compostela, records the solo exhibitions of Gilberto Zorio hosted by these two institutions between Autumn 2009 and Summer 2010. The volume includes an unpublished essay by Zorio that metaphorically connects the two exhibition spaces whose distance – 2,070 km – is also the title of the text. The maps of both the MAMbo and the CGAC (screen printed on glossy paper) are also the lay-out of Torre Stella, the iconic work by Zorio which was also the focal point of both exhibitions.

The publication is extremely rich: four languages (Italian, Galician, Spanish, English), 396 pages, 169 large illustrations including 20 unpublished works by Gilberto Zorio, a precious binding with a tri-folding cover and a phosphor screen printed title. Each section opens with unpublished works and texts by the artist and the catalogue documents the main themes and materials of his research work: the star, the canoe, the javelin, the electric arc, the glass pots, the Pyrex containers, the Dalmine tubes, the microphones, the lights. The book is completed by an introductory essay written by the curator Gianfranco Maraniello, by an unpublished text by Gilberto Zorio and by an ample bio-bibliography curated by Francesca Cattoi.