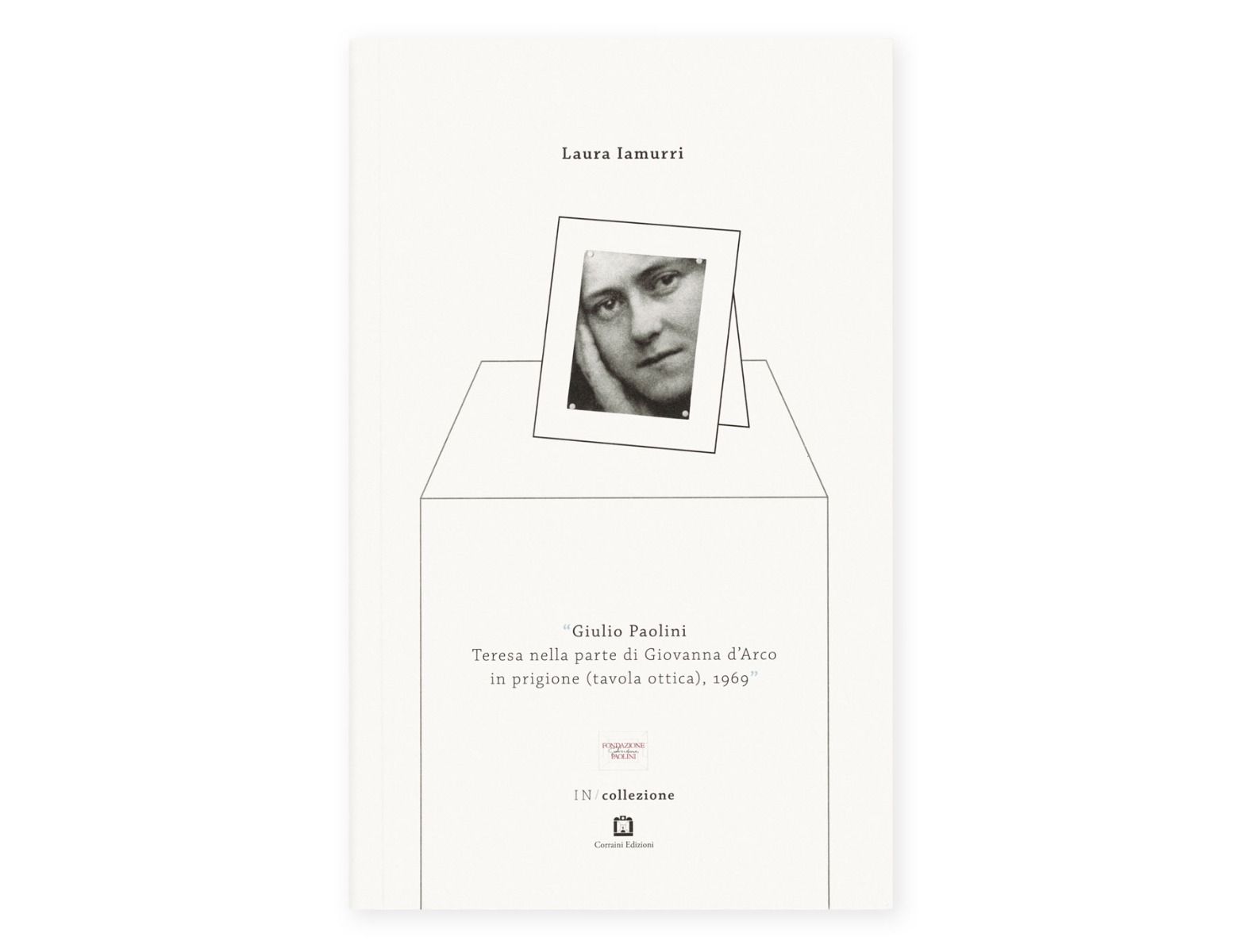 The fifth volume of the “In collezione” series, edited by the Fondazione Giulio and Anna Paolini, examines Teresa nella parte di Giovanna d’Arco in prigione (tavola ottica), one of the lesser known among the artist Giulio Paolini’s works.
Created in 1969 for Carla Lonzi and never exhibited, it is also notable due to its subject: the face of a saint in the role of Joan of Arc, proposed in a succession of alternating enlargements and reductions, pushing the limits of indecipherability.

Through a detailed analysis filled with unprecedented suggestions, Laura Iamurri analyses the work starting from the source of the image and from the artist’s contemporary works. Reflecting on the links with the film Blow-Up by Michelangelo Antonioni, the author develops new ways of reading around the motifs and themes used by Paolini, with particular attention to the visual act.