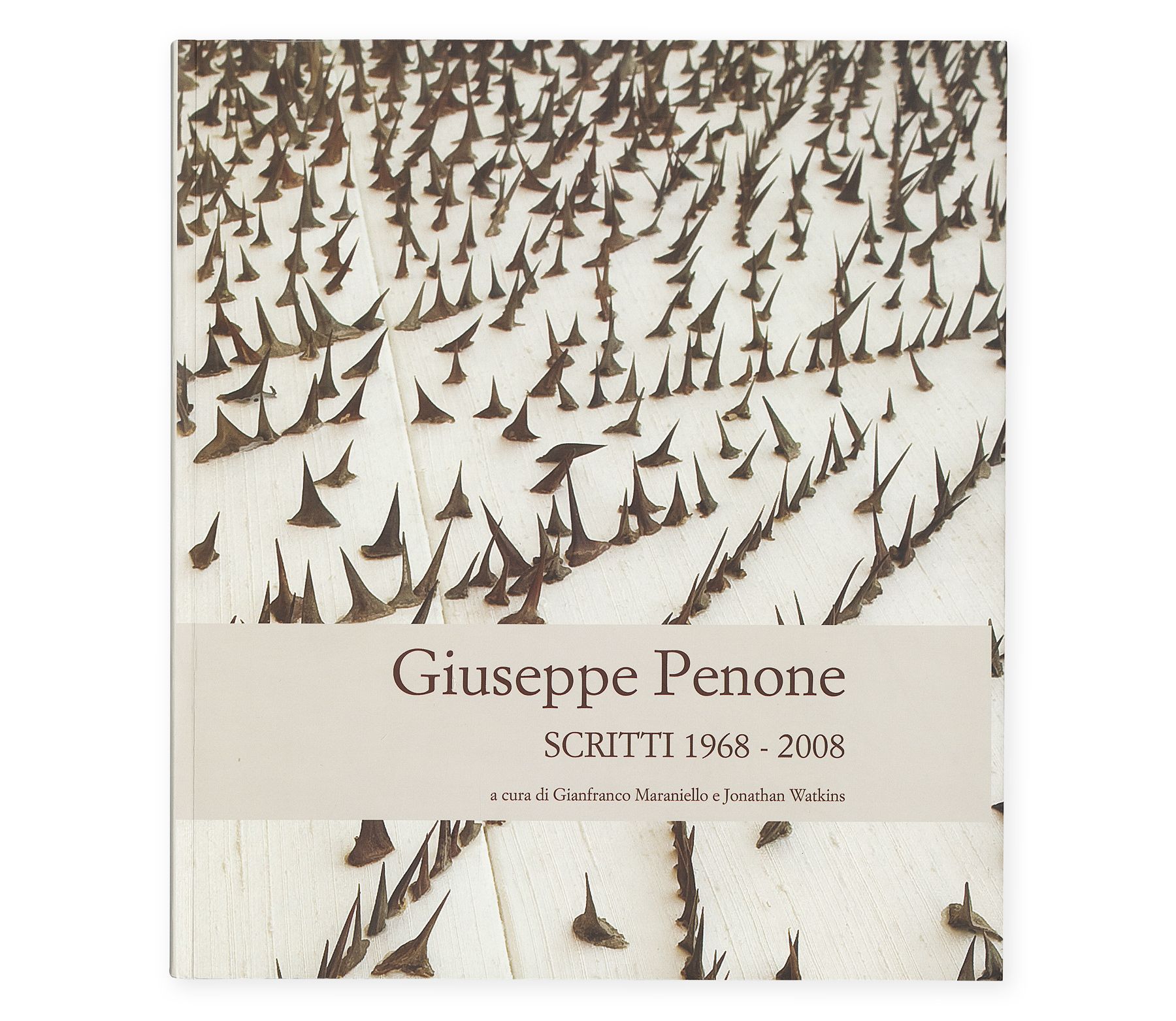 The volume offers for the first time the complete anthology of Giuseppe Penone’s writings: 190 poetic texts accompanied by reproductions of historical works by one of the masters of Arte Povera, and by photo documentation of his solo show at MAMbo from September 25th to December 8th, 2008.

The text-image combination is fundamental to the reader, granting at a mere glance the possibility of grasping the strong connection between the “gesture of writing” and Penone’s works.

The volume is enriched by an introduction by Gianfranco Maraniello, director of MAMbo, and an afterword by Jonathan Watkins, director of the Ikon Gallery in Birmingham, co-producer with MAMbo of this publishing project.