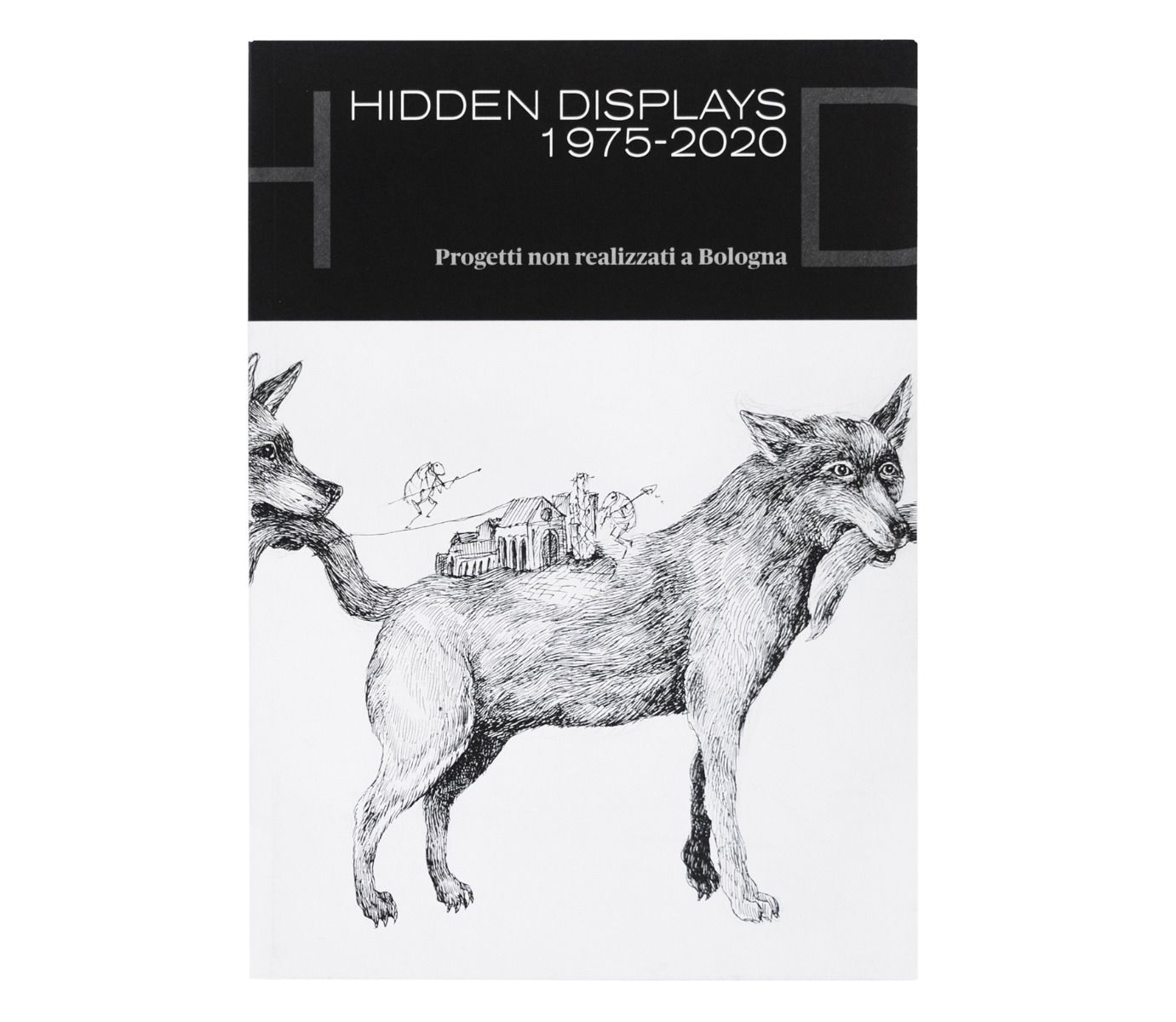 To mark the opening of Hidden Displays 1975-2020. Progetti non realizzati a Bologna (MAMbo, Project Room, 7 October 2021 - 9 January 2022), a project by MoRE. a Museum of Refused and Unrealised Art Projects, a book of the same name is published, edited by Elisabetta Modena and Valentina Rossi, published by Edizioni MAMbo and with graphic design by Sartoria Comunicazione.

The book, which opens with essays written by the two curators, chronologically organises the results of this research, which is inevitably not definitive in terms of its subject matter, offers a number of scientific contributions and presents the unrealized projects and exhibitions as chapters in an unpublished and inevitably fragmented history of contemporary art in Bologna. The book also includes a series of interviews with figures who have shaped the city's artistic life, such as Adelaide Auregli, Renato Barilli, Franco Calarota, Mariuccia Casadio, Danilo Eccher, Silvia Evangelisti, Gino Gianuizzi, Claudio Marra, Simone Menegoi, Fabiola Naldi, Maura Pozzati, Anteo Radovan, Francesco Ribuffo, Giancarlo "Ambrogio" Vitali and Luca Vitone.
The book ends with an afterword by Marco Scotti, while the critical essays are written by Ilaria Bignotti, Anna Bottoli, Monica Masucci, Elisabetta Modena, Claudio Musso, Fabiola Naldi, Valentina Rossi and Anna Zinelli.