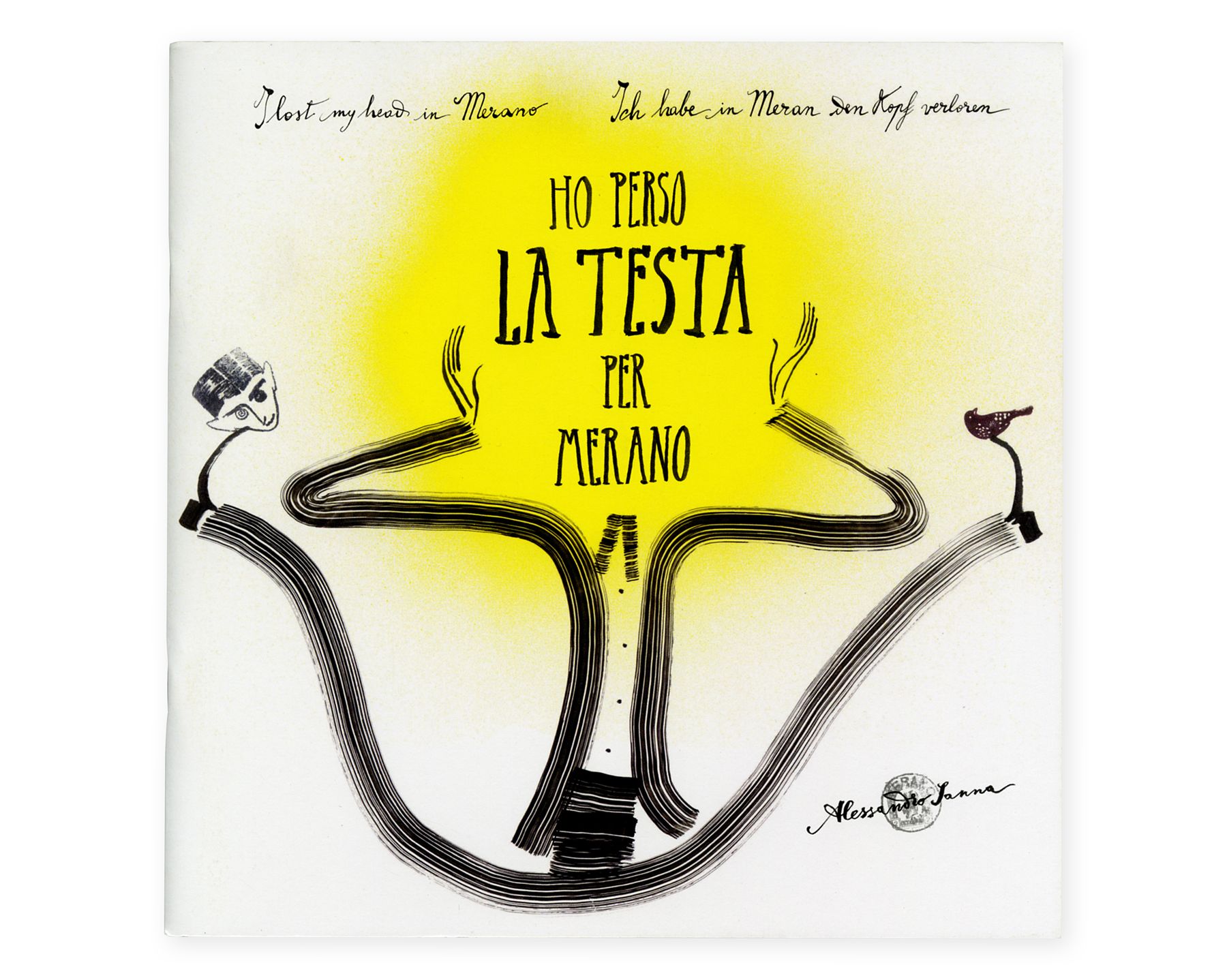 I lost my head in Meran

Instead of the head, the sun, a bunch of grapes or the statue of Princess Sissi: Franz Kafka in Merano has lost his head, and has replaced it with what he found. Alessandro Sanna imagined the journey of the author from Prague in the city where he spent a holiday. I lost my head in Merano, underlines the link between Merano and literature, taking young and grown-up for a walk around the city through quotes and suggestions. A journey made up with so much fun that the reader...could loose his head!

The book is part of the more extensive “Primavera Meranese” project, a multifaceted festival involving lots of different events focusing around interaction between art and nature aimed at discovering – or rediscovering – Merano in a different and engaging way. After Harriet Russell (2015) and Katrin Stangl (2016), Steven Guarnaccia has now been asked to render the city’s extraordinary landscape heritage through an illustrated story. The project draws inspiration from the Ópla collection, an archive of artistic children’s books longing to Merano Civic Library and it is the second book in a collection being brought out by “Primavera Meranese” publications.