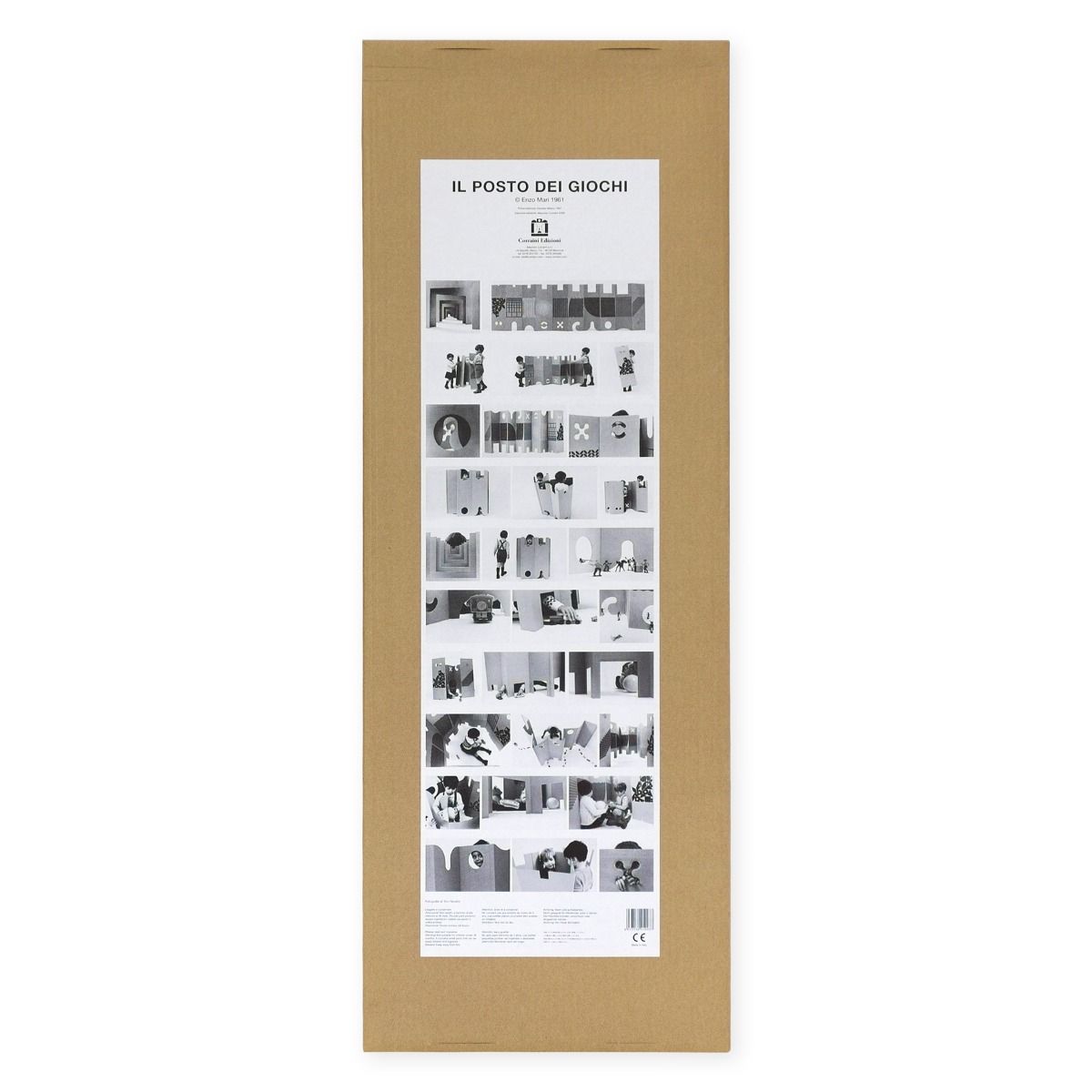 A 3 metres long corrugated pressboard sheet is transformed by Enzo Mari into a “defensive” wall to protect a place to play: ten panels with different shapes and decorations to loose imagination, invent stories and new characters at each time. A light “fortification” to be set no matter where in a few seconds, to create an imagination break in everyday life. Yellow circles like the sun, blue waves like the sea, a wall made of red bricks... no written rules, only the creativity of the player to invent each time very new rules.

Il posto dei giochi, a child’s natural habitat, was originally produced by Bruno Danese in 1967; it is now republished by Corraini in the collection dedicated to artists’ toys and games, next to Bruno Munari’s ABC with imagination (1960) and Plus and minus (1970).