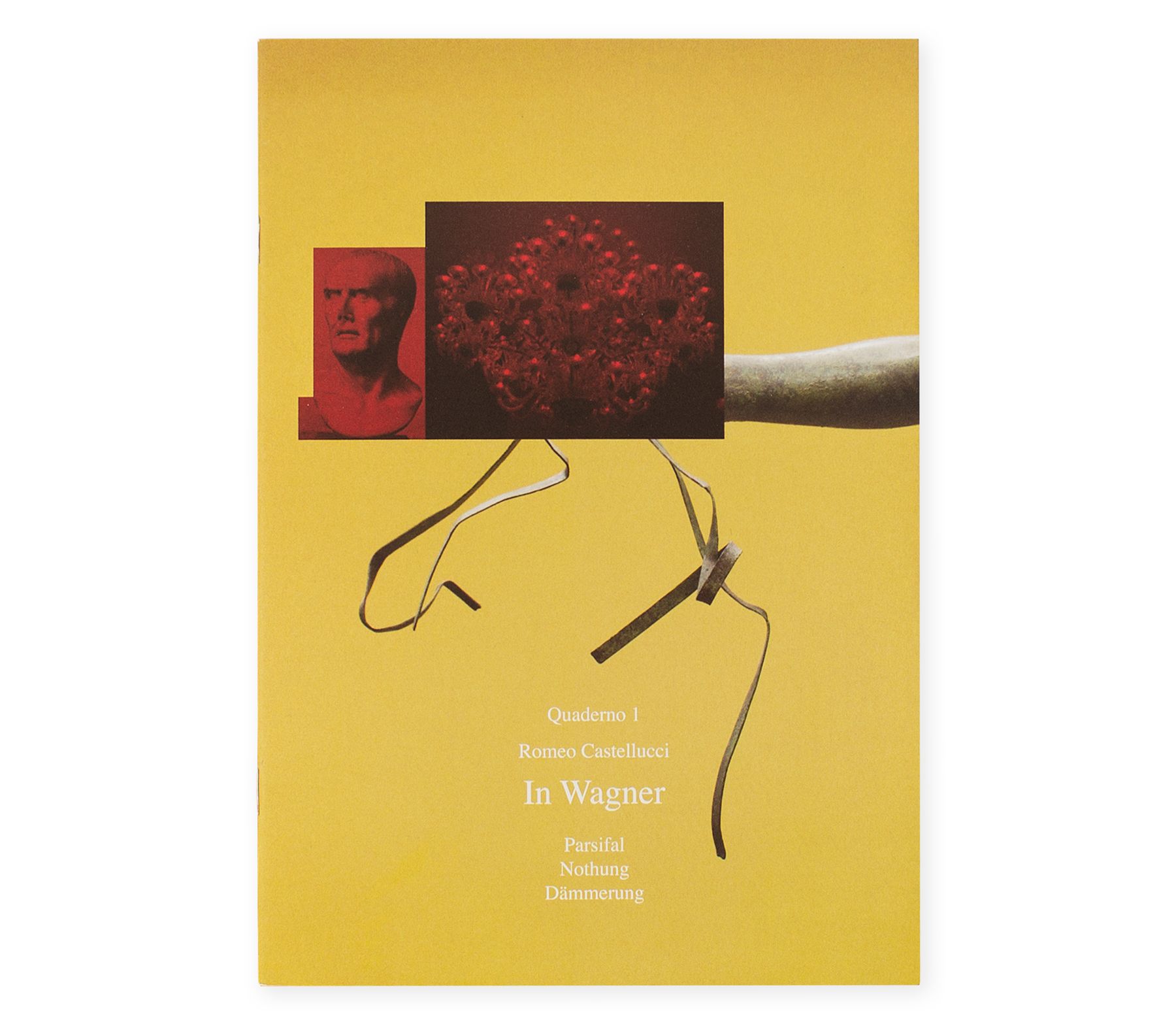 Featuring a programmatic text by Romeo Castellucci, a look at his two installations, Wagnerian in inspiration, at the Bayerische Staatsoper, Munich Opernfestspiele in 2012 and a critical essay by Piersandra Di Matteo, In Wagner is the first of four issues that accompany the e la volpe disse al corvo - Corso di Linguistica Generale project, dedicated to Romeo Castellucci, director of the Socìetas Raffaello Sanzio, by the Comune di Bologna. In Wagner accompanies Richard Wagner’s Parsifal, which is staged at the Teatro Comunale di Bologna to commemorate the 100 year anniversary of the first Italian production on 1st January 1914.

Neutralising traditional symbology and removing images from didactic certainties, in Parsifal, Romeo Castellucci carries out a vertical leap in search of the mythical matrix and the forms of conflict that underlie it. The spectator of the director’s first opera is invited to travel to an unknown land, deprived of what is recognisable, so that the prismatic nature of the opera reveals itself through their own imagination. Castellucci foreshadows the loss of the human being in its own humanity, taking up the theme of purity in relation to the question of society, before which Parsifal’s defenceless passing away rises up as a contemporary prayer. And so, the unrepresentability of the Grail, its emergence as an object that is to be lost forever, as the founding emptiness that belongs to the intimate sphere of the spectator.