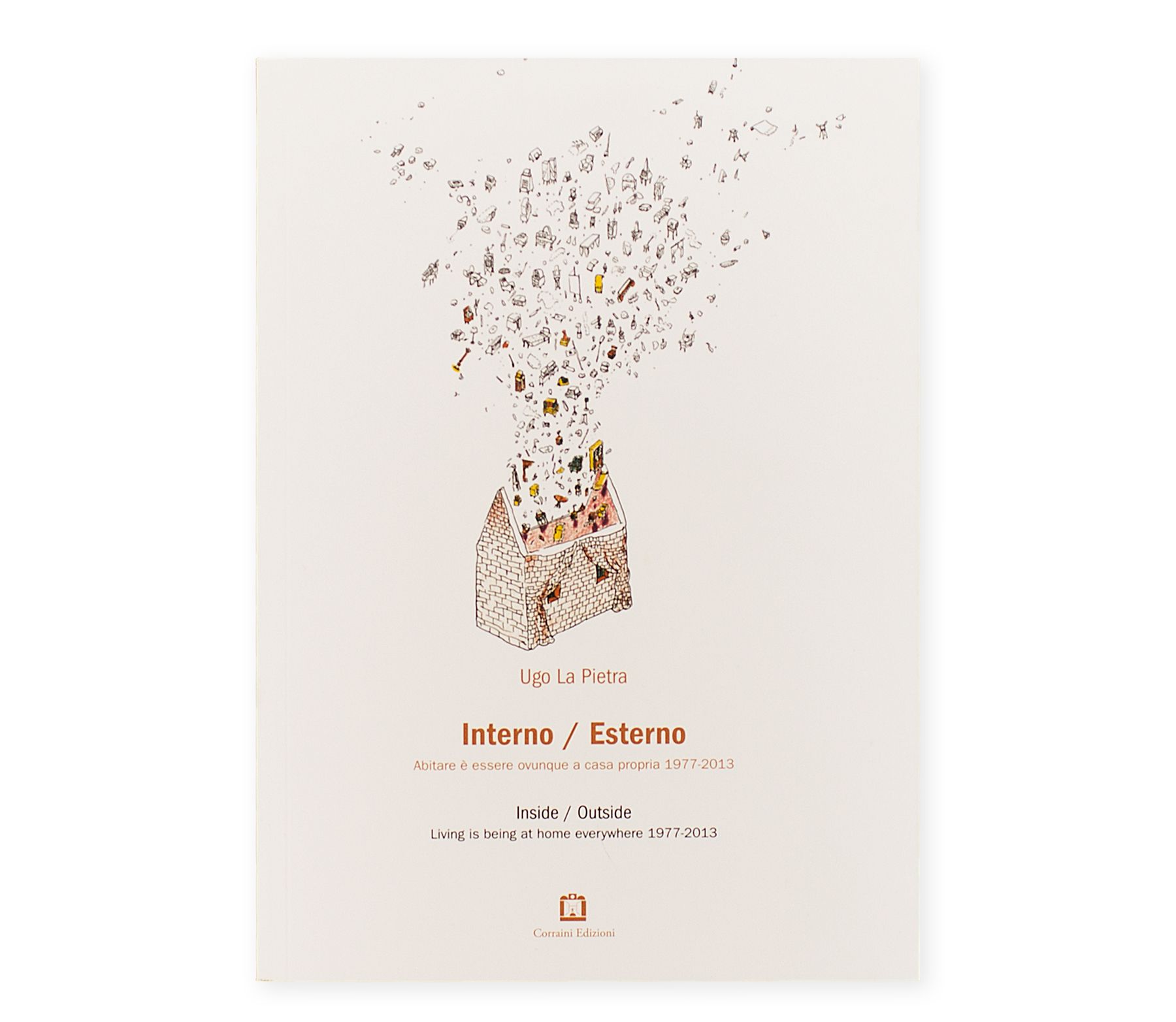 “Living is not something that only refers to the private space, but also to the public one,” says Ugo La Pietra. Since the 60s, his artistic research has explored the possibility of breaking down the barriers that rigidly divide the public space from the private space. An idea that he himself has summarized in the motto, “living is being home no matter where you are.”

In Inside/Outside, La Pietra perseveres in his attempt to create beneficial conflict between these two worlds, bringing elements from the domestic space to the façade of the home. Chairs, table lamps, curtains, chairs, candles: paradigmatic elements from the domestic space become veritable architecture. IN this way, the house’s façade tells the city about the world of the domestic space and architecture find itself, through the connotation of the external façade, capable of communication. Inside/Outside features illustrations by Ugo La Pietra and ceramics inspired by them made by Tuscan artist Sandro Da Boit, accompanied by texts from Riccardo Zelatore, Marco Meneguzzo and Ugo La Pietra.