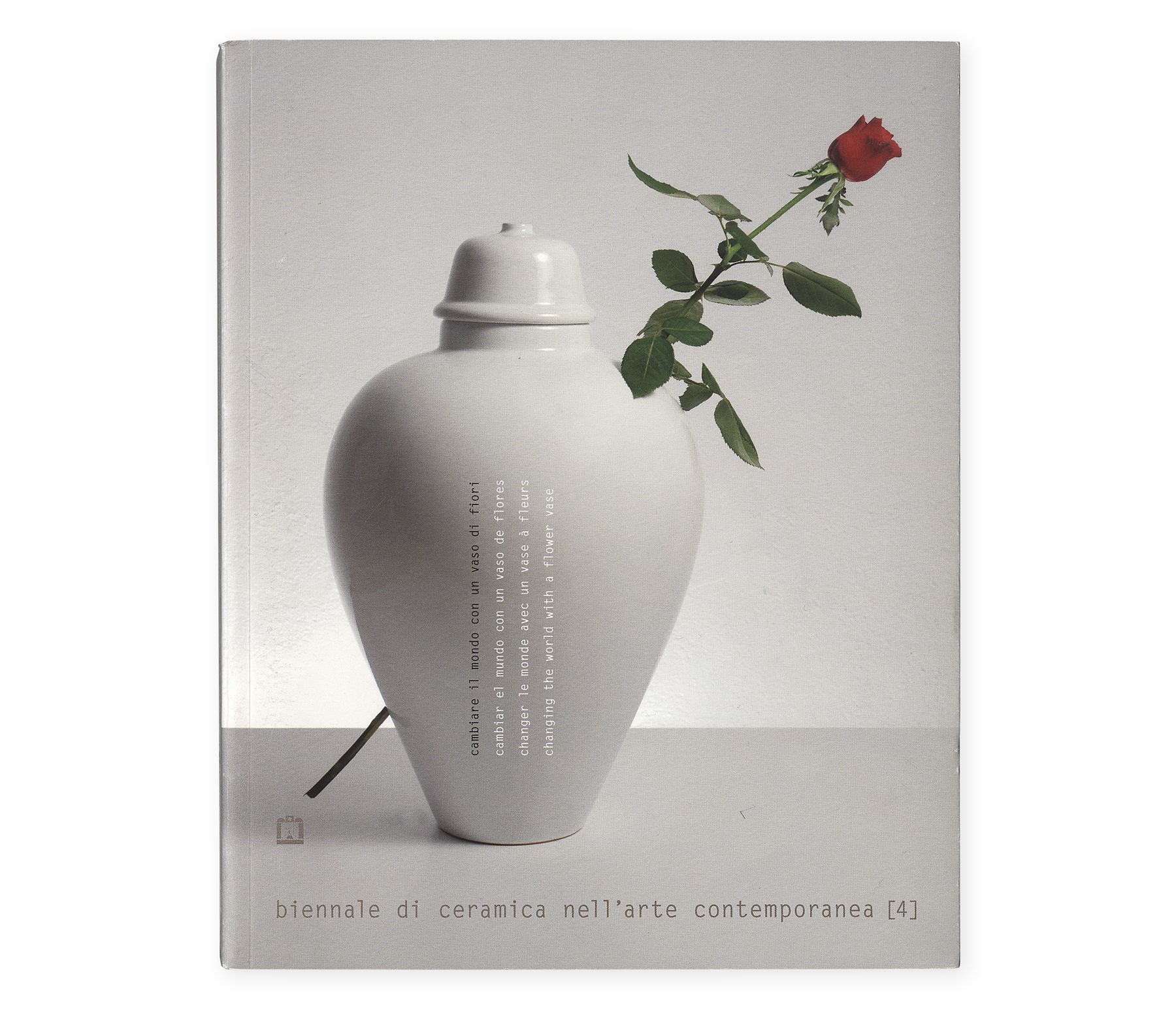 At the crossing point of art, craftsmanship and design, the tradition of ceramics manufacturing meets suggestions by contemporary renowned artists and designers: as a result, 40 technically clever projects have been issued, rethinking the vase’s identity and employment and shifting its sense towards infinite possible directions.

The chosen subject “changing the world with a flower vase” is highly symbolic. From being an obsolete and relatively un-stimulating accessory, the vase is reconsidered in its role of a container which receives and offers, a solid skin between an inside and an outside, a case that displays itself and its content. For this reason, the 40 projects featured in this book are not meant to be a mere example of top craftsmanship nor objects and prototypes for a domestic landscape, but mainly living representations of an idea and ambassadors of a mind: the vision of vases provides the vision of the world.

For their particular quality, as Andrea Branzi states, “nowadays, we can claim that the quality of a city no longer derives from its architecture, but from vases and flowers found inside it”.

The exhibition of the IV biennial of ceramics in contemporary art, curated by Roberto Costantino, will be on display at the Italian Cultural Institute in Madrid (January – March 2010), the Pier Luigi and Natalina Remotti Foundation in Camogli - Genoa (September 2010 – January 2011) and the mudac - Museum of contemporary applied arts and design in Lausanne (June – September 2011).

Un Sedicesimo 7a
€5.00
Add to Wish List Add to Compare

Un Sedicesimo 1a
€5.00
Add to Wish List Add to Compare