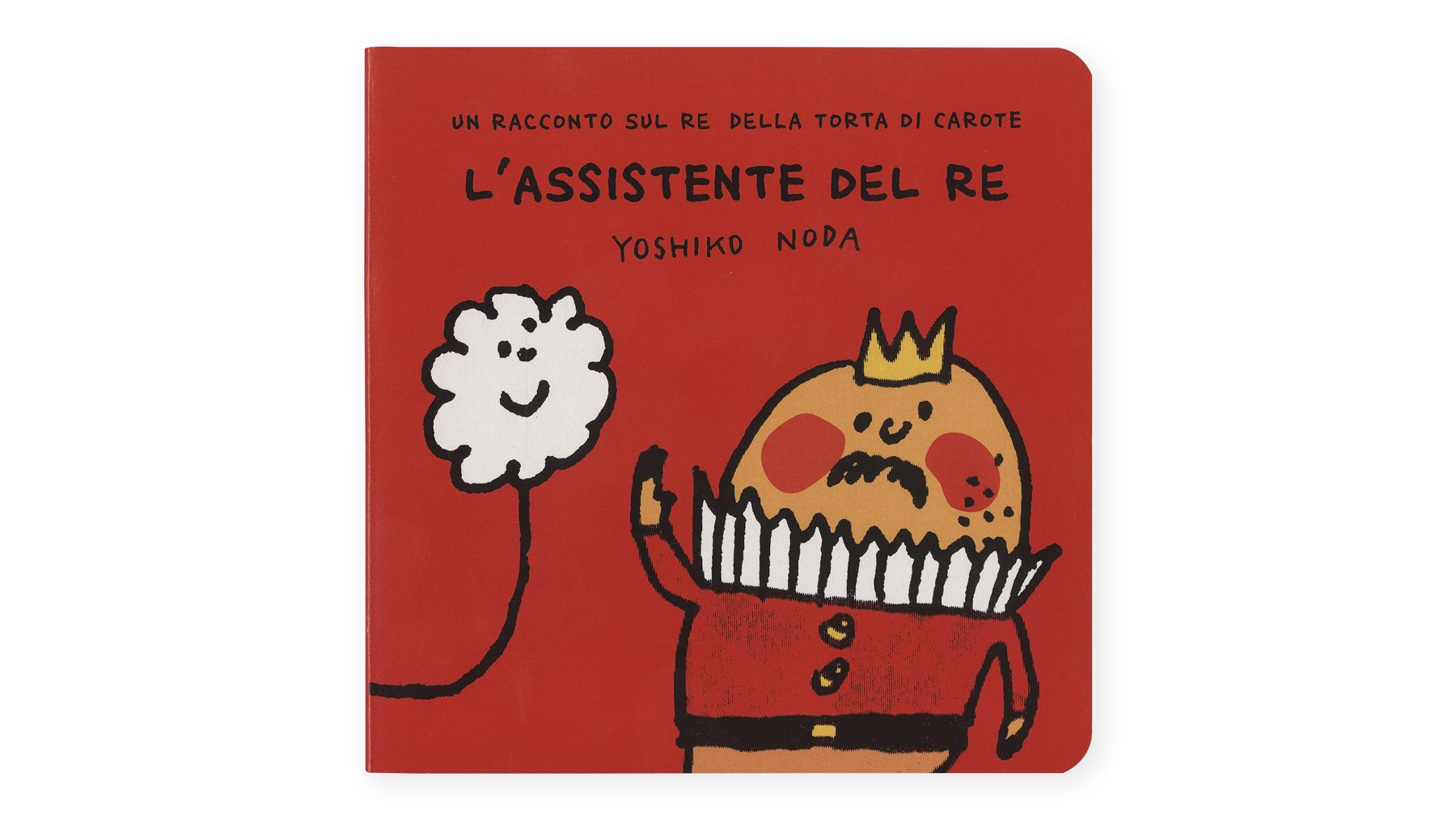 Il Re della torta di carote (The Carrot Cake King) has certainly got his hands full: it was his grandfather who decided the colours of the rainbow and who put caramel in the pudding, his (good for nothing!) assistant won't stop pooing, even though he sleeps in a pencil case, and - on top of all that - his wife lives on the moon and he needs to take her some mozzarella every single day.

None of this really makes much sense but it will make you laugh a lot. From the fertile imagination of Yoshiko Noda, aka Yocci, come the adventures of the Carrot Cake King, short snippets of hilarious nonsense that take you on a journey of discovery about the life of this soft and crumbly monarch.

The King’s Assistant, together with The King’s Grandfather and A Gift for the Queen, is the first of three stories that Yocci has dedicated to the Carrot Cake King.