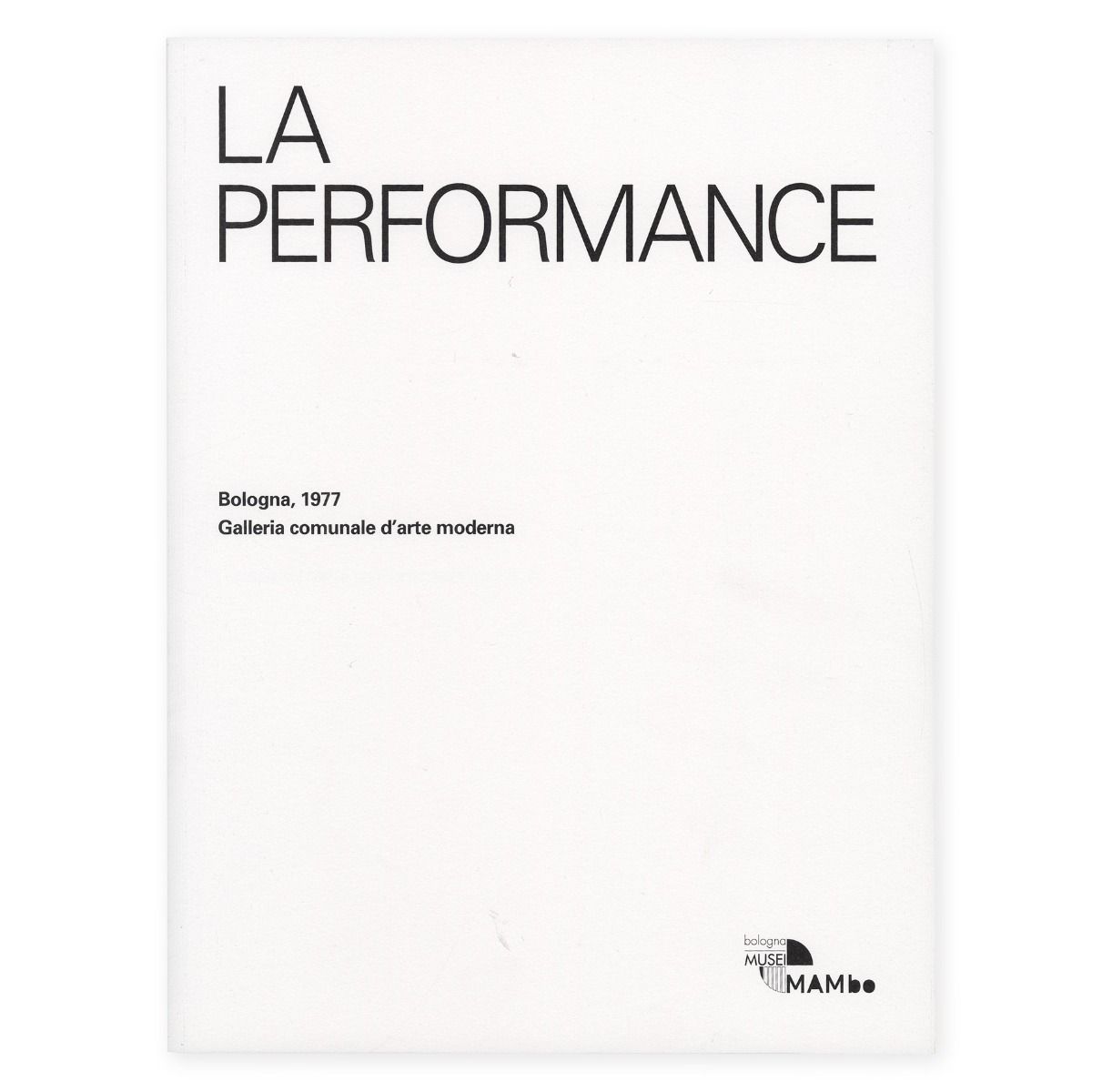 MAMbo - Museo d'Arte Moderna di Bologna, with the support of the Fondazione Del Monte, to mark the fortieth anniversary of the International Week of Performance, held in 1977 at the Galleria d'Arte Moderna in Bologna, the progenitor of MAMbo itself, presents the anastatic reprint of the event's documentation, published in 1978 by La Nuova Foglio Editore, under the title La Performance, which is currently unavailable to the public.

The catalogue, identical in content to the original, contains photographs related to the performances that took place between 1 and 6 June 1977 at the GAM in Bologna, with the participation of several artists, including Marina Abramovic e Ulay, Laurie Anderson, Giuseppe Chiari, Fabio Mauri, Hermann Nitsch, Luigi Ontani, Vettor Pisani and Fabrizio Plessi.

The book opens with a preface by the then-Director of GAM Franco Solmi, followed by a critical essay by Renato Barilli and entries signed by Francesca Alinovi, Roberto Daolio and Marilena Pasquali classified into seven categories chosen as reference units for the performance themes: music, word, identity research and social research.