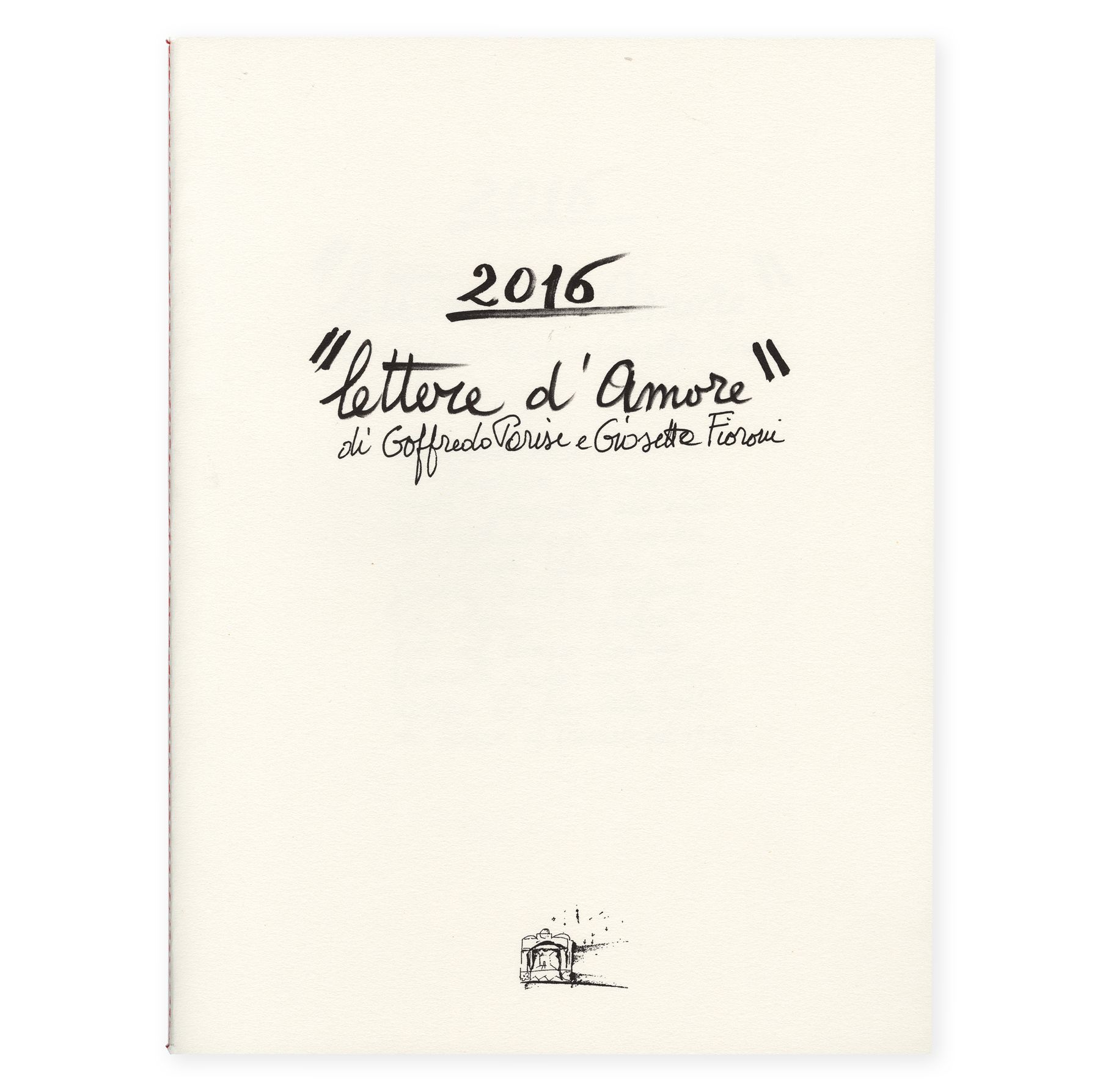 Giosetta Fioroni and Goffredo Parise were together until the writer’s death in 1986, a central figure in the Italian literary scene in the twentieth century. They shared choices, world views, artistic experiences and life. Meeting Goffredo Parise remains “the central happy event” in the artist’s life. A love that Giosetta continues to cultivate. Lettere d’amore is a plaquette (a name given in Paris to short but special editions in the early 1900s) which brings together an essay by Parise for Giosetta Fioroni and a letter from Giosetta for Goffredo, evidence of their deep bond.

The texts are accompanied by drawings by the painter, portraits of the two, sketches created for special occasions and photographs. An intimate, private book: a collection of the artist’s thoughts to mark the thirtieth anniversary of Goffredo Parise’s death.