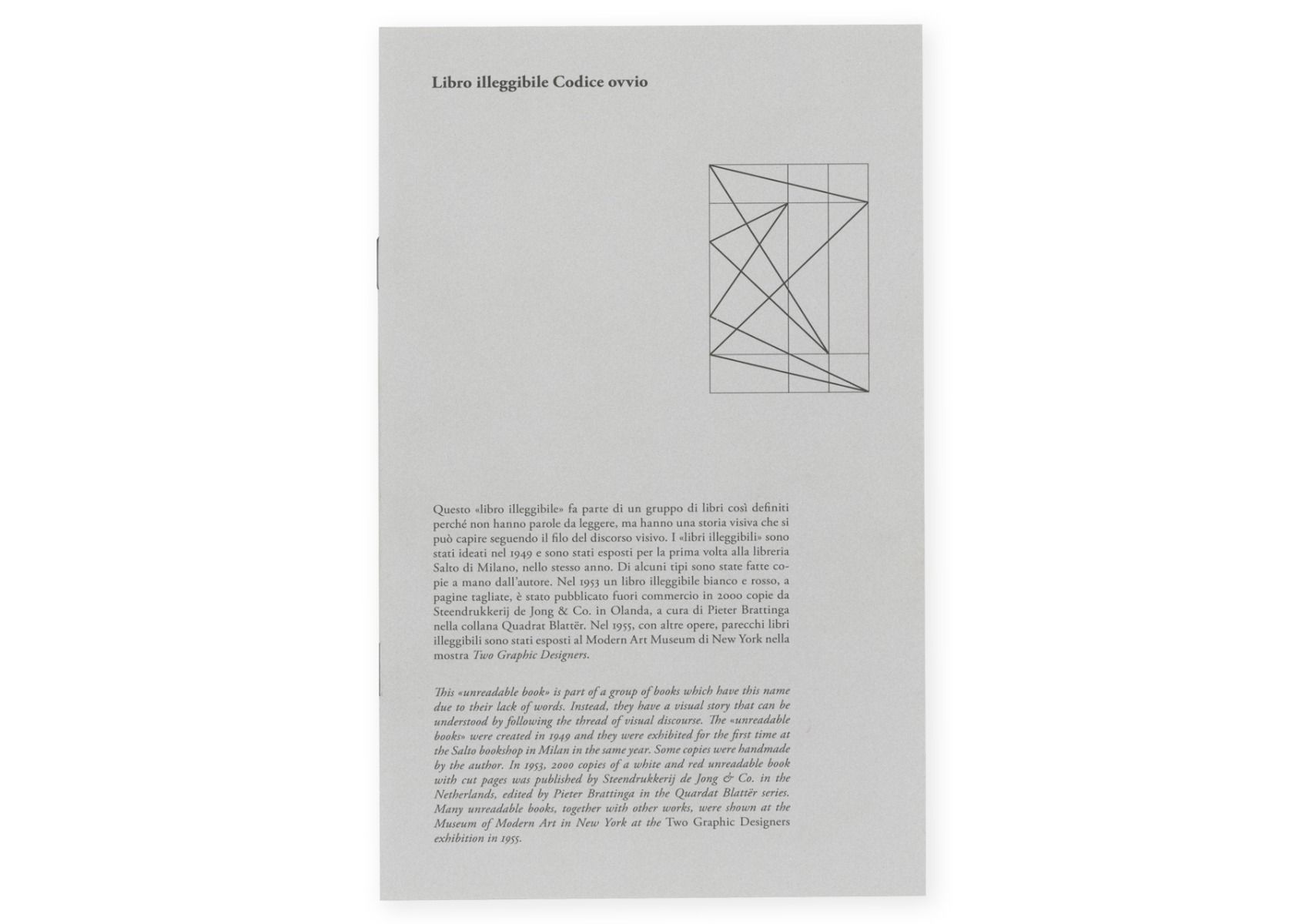 This “unreadable book” is part of a group of books which have this name due to their lack of words. Instead, they have a visual story that can be understood by following the thread of visual discourse.
The “unreadable books” were created in 1949 and the were exhibited for the first time at the Salto bookshop in Milan in the same year. Some copies were handmade by the author. In 1953, 2000 copies of a white and red unreadable book with cut pages was published by Steendrukkerij de Jong & Co. in the Netherlands, edited by Pieter Brattinga in the Quardat Blatter series. Many unreadable books, together with other works, were shown at the Museum of Modern Art in New York at the Two Graphic Designers exhibition in 1955.