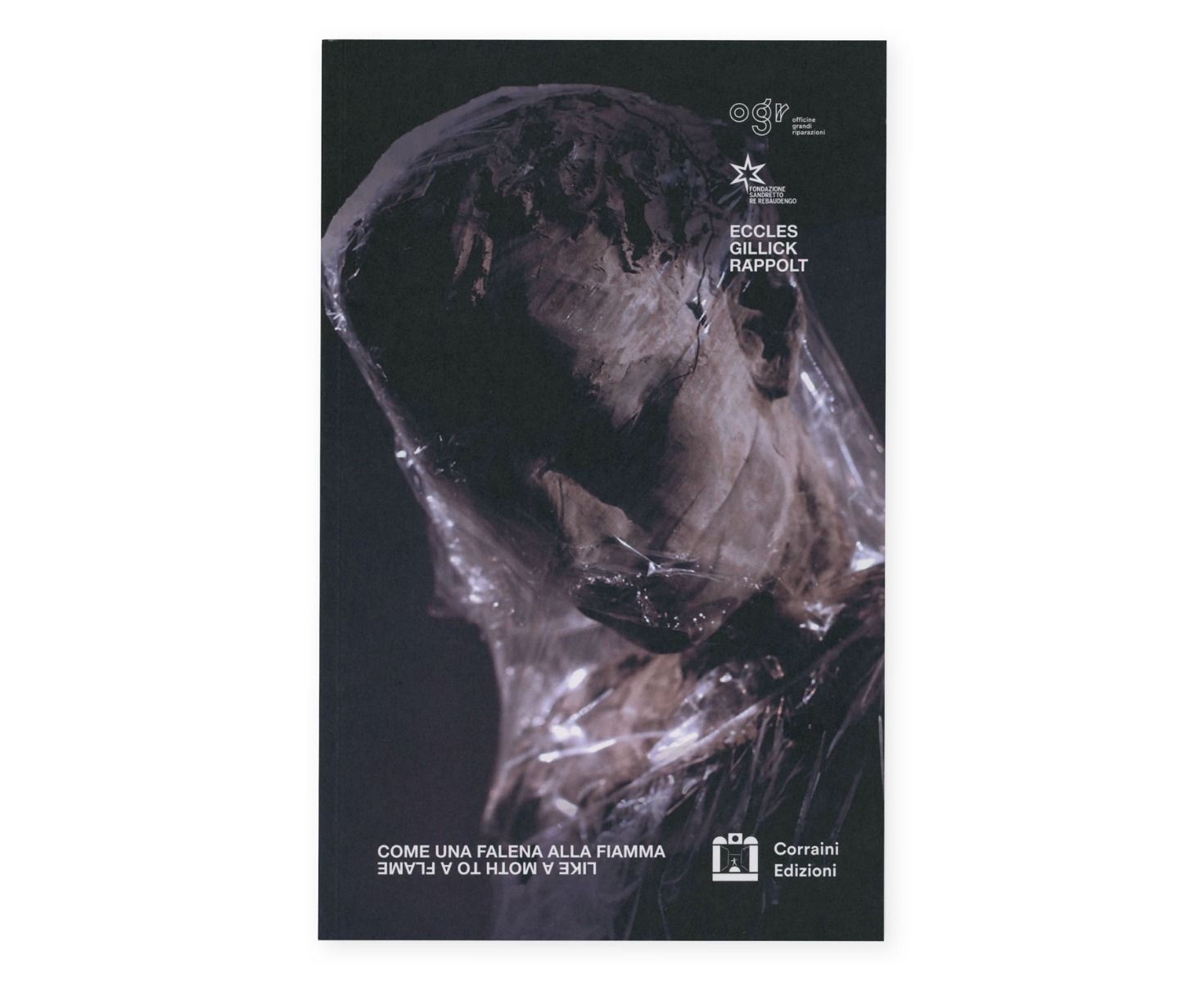 How can we tell the story of a place through its art collections, in a process of fusion of past and present, public and private? What portrait of a city can emerge from the objects and works of art that its residents have collected, often based on personal interests and obsessions, and which range from the most diverse forms of expression? These are the central themes of Like a Moth to a Flame, a book that draws on the experience of the exhibition of the same name at the OGR in Turin, between 2017 and 2018, to recount how, over time, individual passions find their way into society and enter the cultural fabric of the city. The book traces the work done in Turin by three outstanding curators from around the world: Tom Eccles, director of Center for Curatorial Studies at Bard College in New York, Mark Rappolt, editor-in-chief of the British magazine Art Review, and the British artist Liam Gillick. The curators brought together works from the Collezione Fondazione per l’arte Moderna e Contemporanea CRT and the Collezione Fondazione Sandretto Re Rebaudengo, in a dialogue with some of the city’s major public museums, including the Museo Egizio, Palazzo Madama – Museo Civico d’Arte Antica, MAO – Museo d’Arte Orientale, GAM – Galleria Civica d’Arte Moderna e Contemporanea and Castello di Rivoli – Museo d’Arte Contemporanea: works which, despite their diversity, are all part of collections in or around the city of Turin, creating the feeling that, despite the breadth of the journey, it ends where it began.

In Like a Moth to a Flame, Liam Gillick’s photographs and the curators’ words retrace the origins and development of the exhibition, revealing its relevance, and are accompanied by an in-depth discussion with Liam Gillick and Hito Steyerl, as well as a conversation between the curator Anselm Franke and Mark Rappolt. The experience of the exhibition was also reflected in the graphic choices made in the book design by Liam Gillick: the English titles written upside down, for example, recall the captions of the works in the exhibition, which Gillick himself had suggested displaying upside down during the opening period, as a form of protest against Brexit. This is not just the story of a major exhibition event, but a document that outlines a possible method, which is always open to discussion, for recounting a place through its artistic heritage.