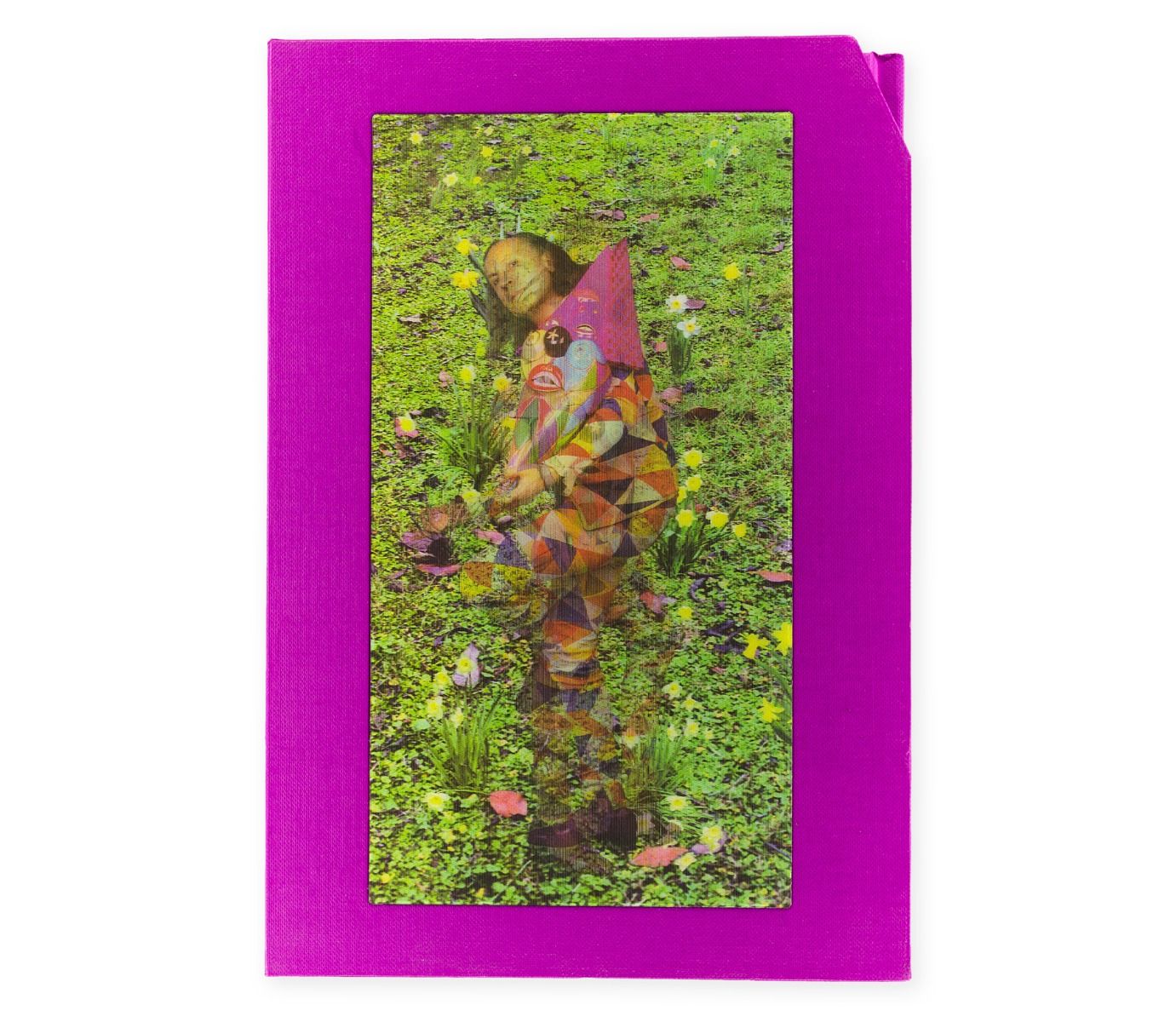 The publication is a set of three hardcover volumes within an elegant box adorned by two lenticular prints all in a palette of magenta and gold.

The first volume, titled Gigante3RazzEtà7ArtiCentAuro, offers an in-depth documentation of the artist’s personal show hosted by MAMbo from January 25th to May 4th, 2008, and includes essays by Franco La Cecla, Gianfranco Maraniello, Claudio Marra, Elena Volpato as well as an original contribution by Erri De Luca.

The second volume, TRIBÙ TABÙ dei GRILLI Balinesi sulla ragnatela di Bambù, is centered on the artist’s homonymous work, specifically made for the show – and in particular on each and every “cricket” in the work, whose name is written in the artist’s unmistakable handwriting.

The third volume, featuring an essay by Luigi Ficacci, is focused on the artist’s house just beneath Rocchetta Mattei, on the Appennino: the so-called VillinoRomAmor, a true work of art whose every single detail has been designed by the artist.