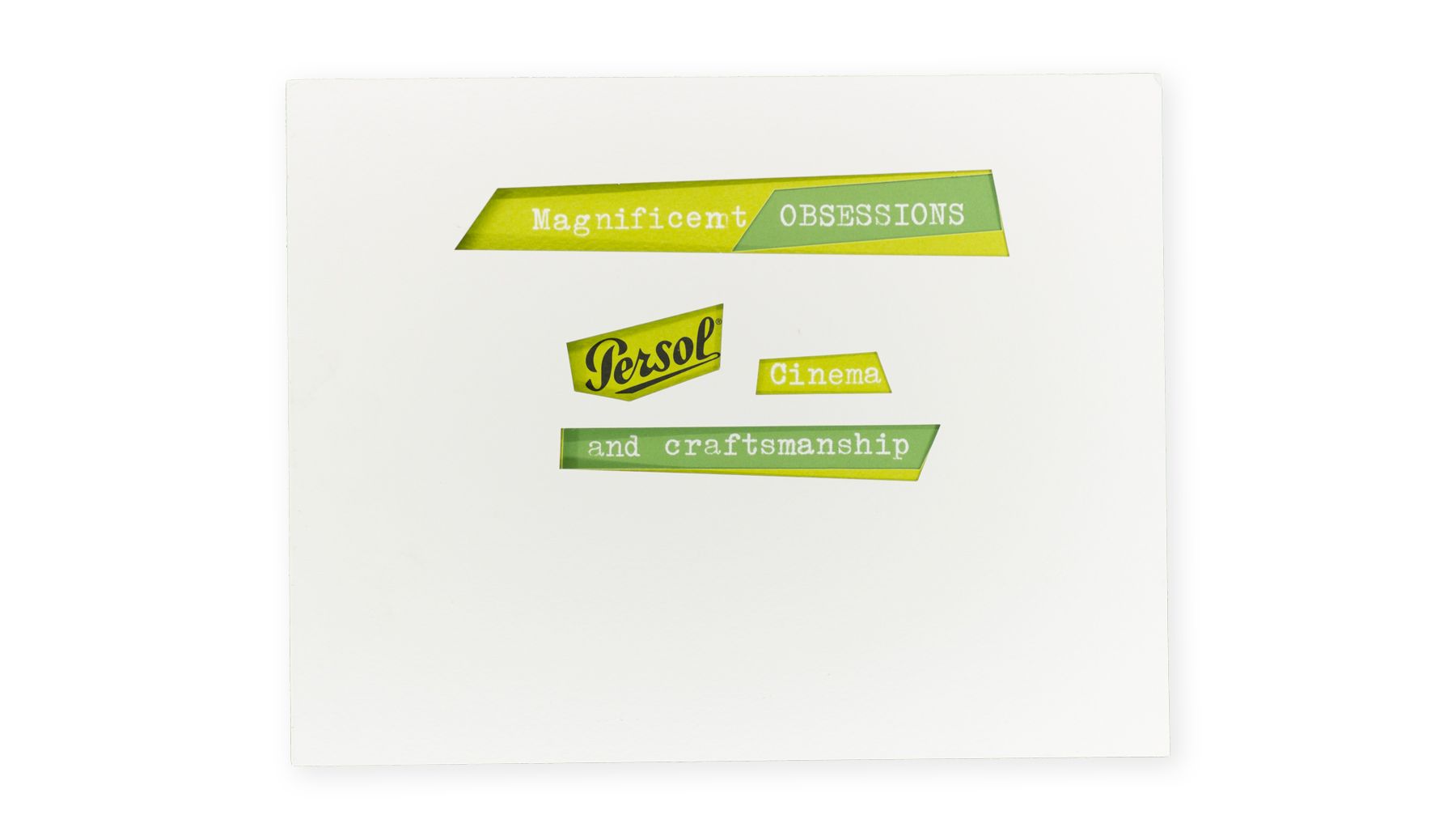 Excellence and perfection are born from an obsession for detail and for the genuine beauty that pervades all forms of art. The same obsession is in the DNA of Persol, synonymous with quality and the Made in Italy brand. Synonymous too of the art of cinema, a magical process deriving from the dedication and creativity of legendary filmmakers and actors.

After the first Magnificent Obsessions. Persol, cinema and craftsmanship here is the second volume of a series of three that celebrates the ten new cinema obsessions presented in the exhibition PERSOL MAGNIFICENT Obsessions: 30 stories craftsmanship of film, curated by Michael Connor and on show at the Museum of the Moving Image (New York) from 14 June to 19 August 2012. The leitmotif that connects film artists of excellence – the heroes of this second chapter – is the way in which they use their directing, acting, photography, music, production design, costumes and special effects skills to magnify reality and imagination, creating a dramatically powerful experience. The personages of Magnificent Obsessions. Persol, cinema craftsmanship and 2/3 are Alfred Hitchcock and the perfect choreography of the cameras in North by Northwest; Todd Haynes and the colour palettes he produced for Far from Heaven; Douglas Trumbull who – after a lifetime spent studying new solutions to create new and powerful multimedia experiences – produced some of the most breathtaking images in the history of cinema; Wallis Simpson’s unbridled passion for fashion as told by Arianne Phillips in W.E.; Vittorio Storaro’s themes of light and colour in The Last Emperor; Jean-Pierre Jeunet and the 25 years he took to collect the stories for Amélie; the perfect reconstruction of Las Vegas by Dean Tavoularis in One from the Heart; the visionary music of Ennio Morricone composed for the films of Sergio Leone; the determination of heroine Maggie Fitzgerald played by Hilary Swank in Million Dollar Baby and the masterly interpretation of Ed Harris in Pollock.

This second chapter of Magnificent Obsessions. Persol, cinema and craftsmanship continues to celebrate the poignant stories of passion and meticulous attention to detail that made the great films great.