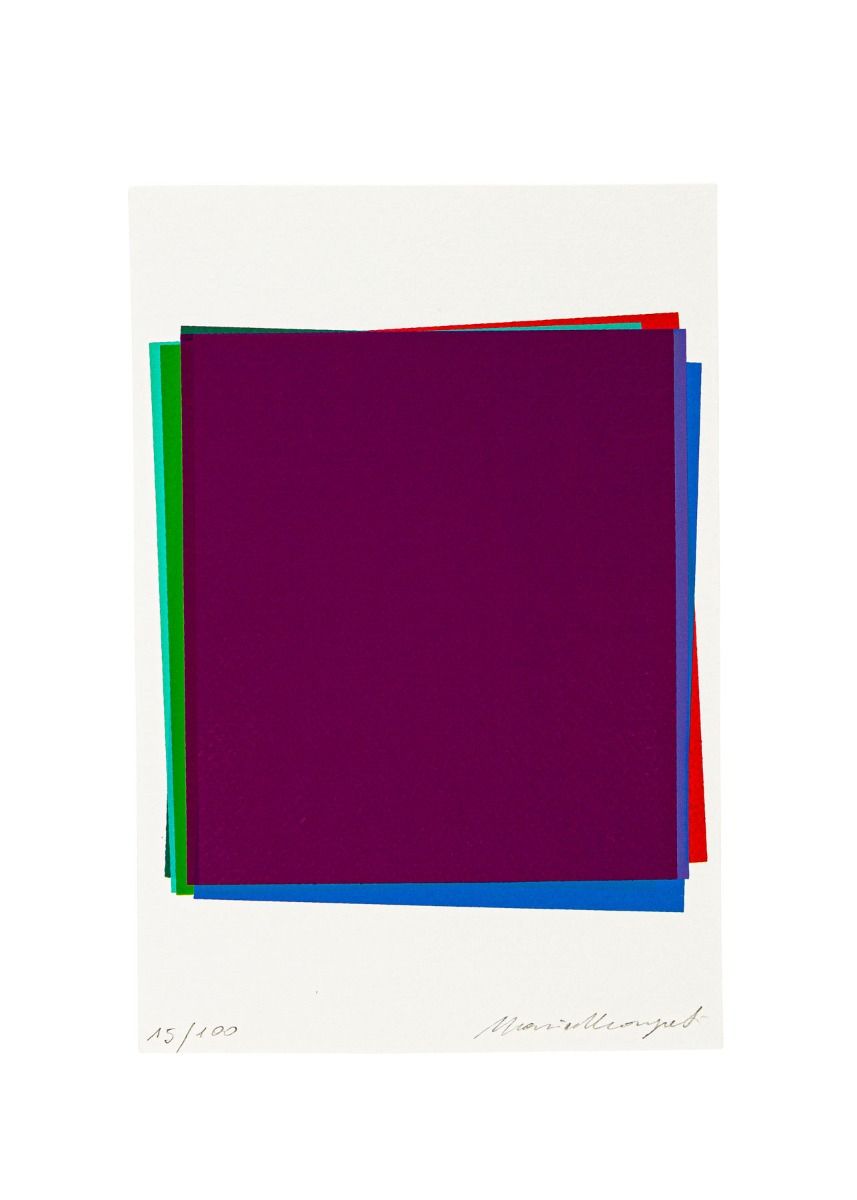 Screenprint linked to the publication of Storia di un quadro, which tells the story of "Venezia, febbraio 2006", an oil on canvas that Maria Morganti started on November 29th 2005 and finished on February 9th 2006.

The artwork is created by applying the same principle of superimposition to a new technique for the artist, serigraphy: here the successive layers of colour are revealed not on the upper edge as was the case for the canvas, but on the sides, thanks to the different inclination of the chromatic layers.