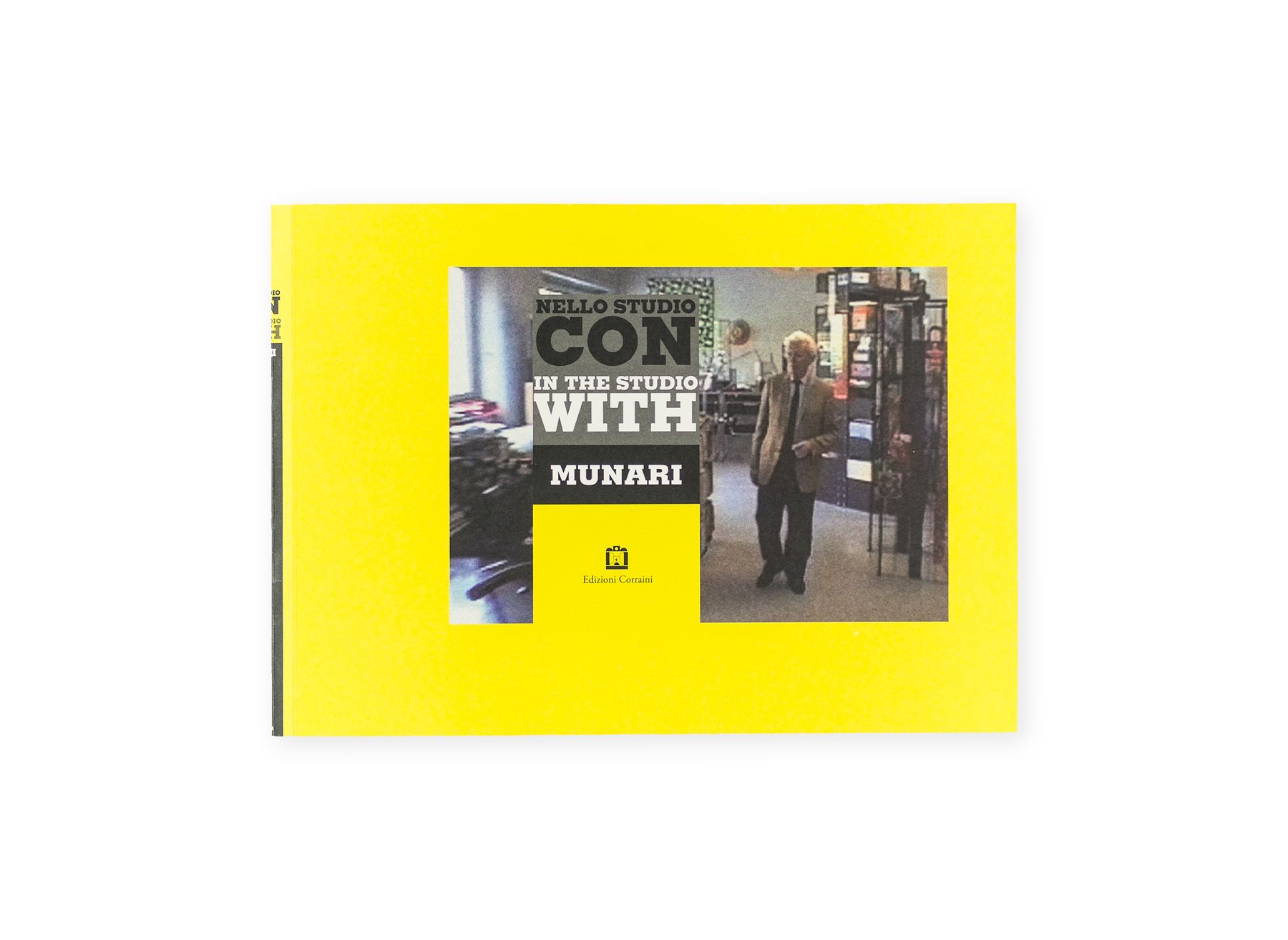 Bruno Munari, that is, creativity through his most important works, presented by the Master himself in his studio.

Produced on the occasion of “Bruno Munari. Il gioco della città senza limiti”, organized by the libraries of the city of Rome during the “Festa del Cinema” 2007, "In the studio with Munari" is the video-history of a life made of imagination and brilliance: a special edition book with a 13’ dvd. Following the order created by the “sedimentation” of time in his studio, Munari’s most important works flow between his own hands: from the light “Filipesi” to the fossil clock “Tempofermo”, from the bookcase “Vademecum” to the “Trottola dei colori”. Most of them were designed by Munari himself, but many others have been simply collected in time, unrealized projects or works of the so-called “anonymous design”. The video by Andrea Piccardo comes from one of the last Munari’s interviews in his studio in Milan (1995). The book gathers the most significant stills of the video, together with a selection of short texts from the interview. The foreword by Alberto Munari, son of Bruno, describes his father’s work in the studio from the point of view of his own childhood.