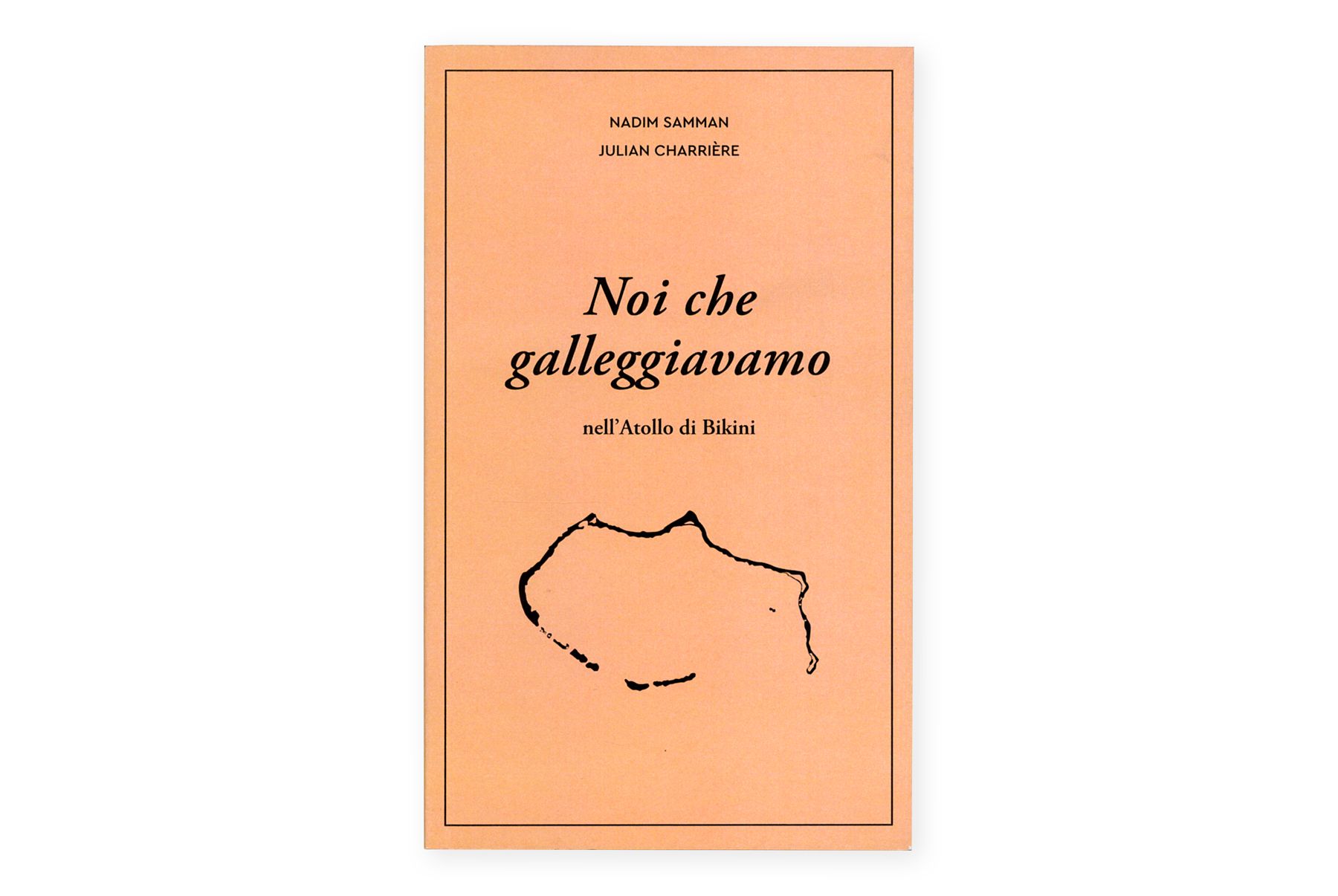 To mark the exhibition All We Ever Wanted Was Everything and Everywhere, the first solo show in an Italian museum by Julian Charrière, the book by Nadim Samman and Julian Charrière As We Used to Float (K. Verlag, Berlin 2018), entitled Noi che galleggiavamo, is published in Italian by Edizioni MAMbo.

Spanning the genres of the travel diary and critical essay, Noi che galleggiavamo explores Bikini's atoll as a space of fantasy and trauma. Located in a remote region of the Pacific Ocean, between 1946 and 1958 its "paradisiacal" islands were subjected to 23 of the most powerful explosions in history - as part of Operation Crossroads, the United States' nuclear testing program. Since then, their fate has been largely ignored. Alternating the personal narrative of the voyage, on the surface and under the sea, with a critical investigation of postcolonial geography, Noi che galleggiavamo elaborates broader reflections on the themes of place and subjectivity. These arise from a series of narrative dives, which address various aspects, from the psychological and aesthetic parameters of diving to great depths, to the abject poetics of ships, to the stakes in the creation of underwater images. With its vivid descriptions of concrete bunkers on white sandy beaches, the "ghost fleet" of ruined World War II battleships, radioactive coconuts, and much more, Noi che galleggiavamo is a maritime story for our times.