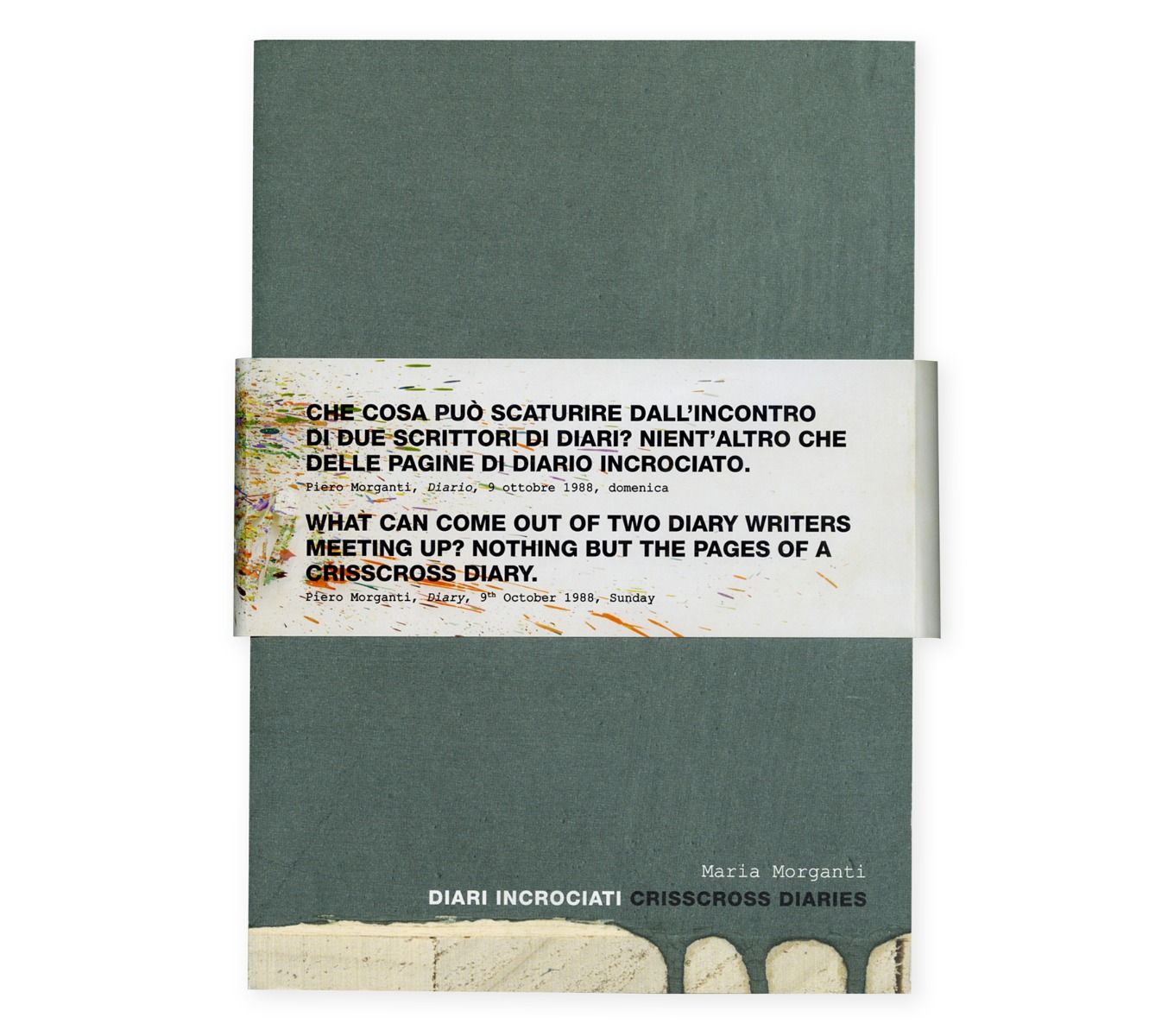 One diary leads to another | Crisscross diaries, Sharing

One diary leads to another is a two volume artist’s project. In the first, selected writings from the diary of Piero Morganti (edited by Maria Morganti and Luca Pes) are set side by side with Maria’s painted diary. The second volume contains a series of contributions by 35 writers, artists, critics and journalists freely inspired by the theme of “diary” and “memory”, together with the pictures of the works donated by the artist to each contributor, as part of the sharing.

Begun in 2002, “Diari” is an art project by Maria Morganti. The artist applies the colour used on her own canvases to strips of wood measuring 10 x 100 cm, in a desire to keep an account of everything that happens in her studio. The result is a diary of colours rather than words, starting point of the whole project. The diary of Maria Morganti’s father, Piero, chronicles the events that marked the history of Italy from the 1960s to the 1990s – the protests, economic miracle, historical events and news seen from the privileged standpoint of a member of the Corriere della Sera editorial staff. These are interspersed with intimate scenes of family life, spent between an industrious Milan and the calm of a family home in the Verona countryside.