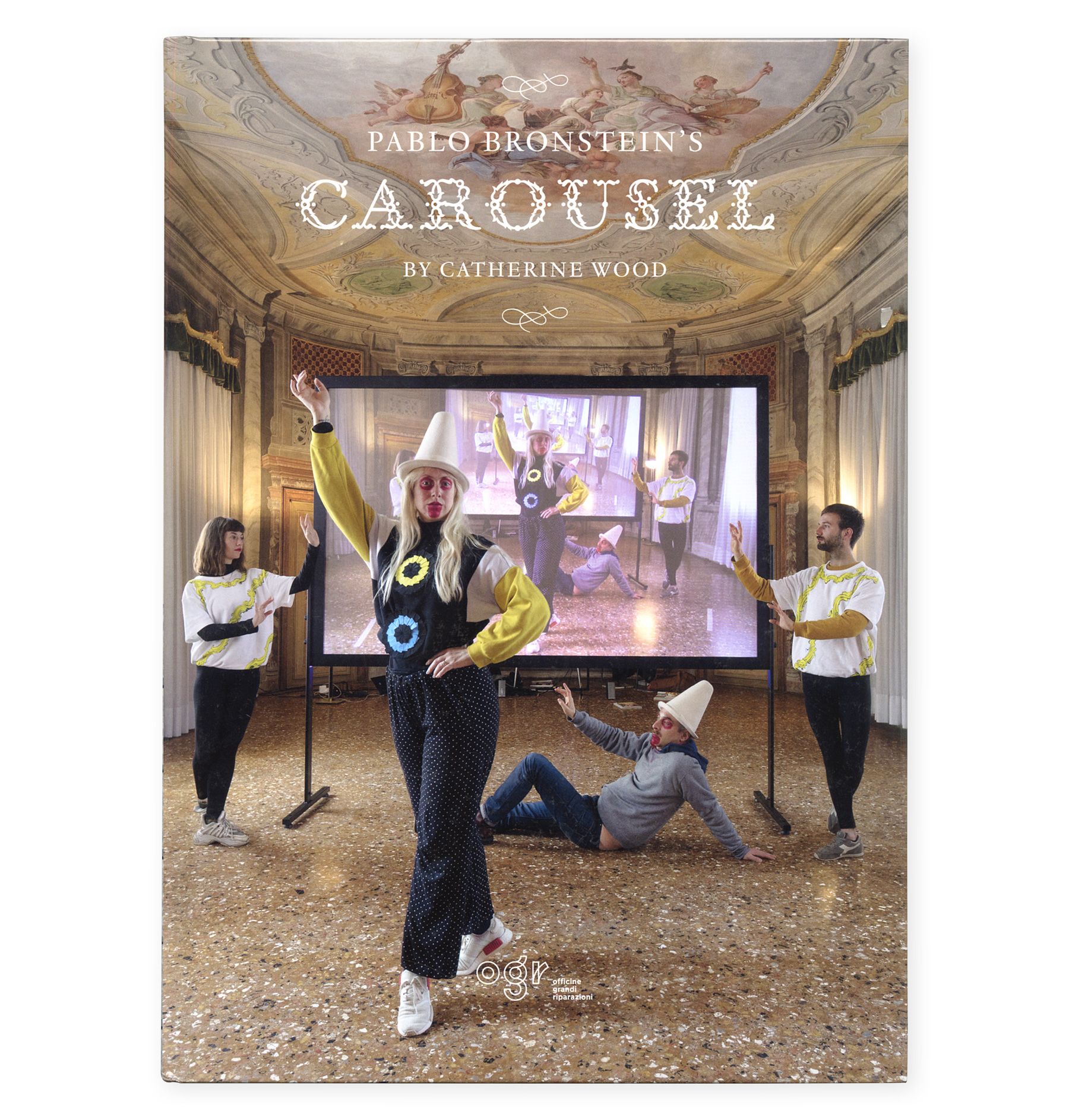 Pablo Bronstein has always been deeply interested in the history of architecture, something which he has developed through various mediums: his work ranges from drawing and choreography to video and performance. Conceived specifically in two stages for the OGR Binario 1 space and the Music Room of the Complesso dell'Ospedaletto in Venice, the Carousel de Crystal exhibition brings together all these elements, artfully assembled to create a new dialogue with the structures of the old workshops in Corso Castelfidardo in Turin.

The artist has chosen to construct a narrative based on anachronistic and low-fi models, inspired by the world of Victorian fairy tales. This is how the story of the Grey Witch was created, an enigmatic and inscrutable figure who represents the personification of the metal plate hiding behind the glass of each mirror. Invisible to the eye due to its reflective property, it reveals itself as a thin layer of material only when the glass is cut into sections. It is the Grey Witch who brings together the two sites and environments where the exhibition develops as told in the text - somewhere between an essay and a fairy tale - by the curator Catherine Wood, who accompanies the images along the pages. The performance in Venice, with choreography by Rosalie Wahlfrid, took place during the opening of the 58th Venice Biennale in May 2019. The video installation at the Music Hall of the Complesso dell'Ospedaletto in Venice can be visited until 24 November 2019.