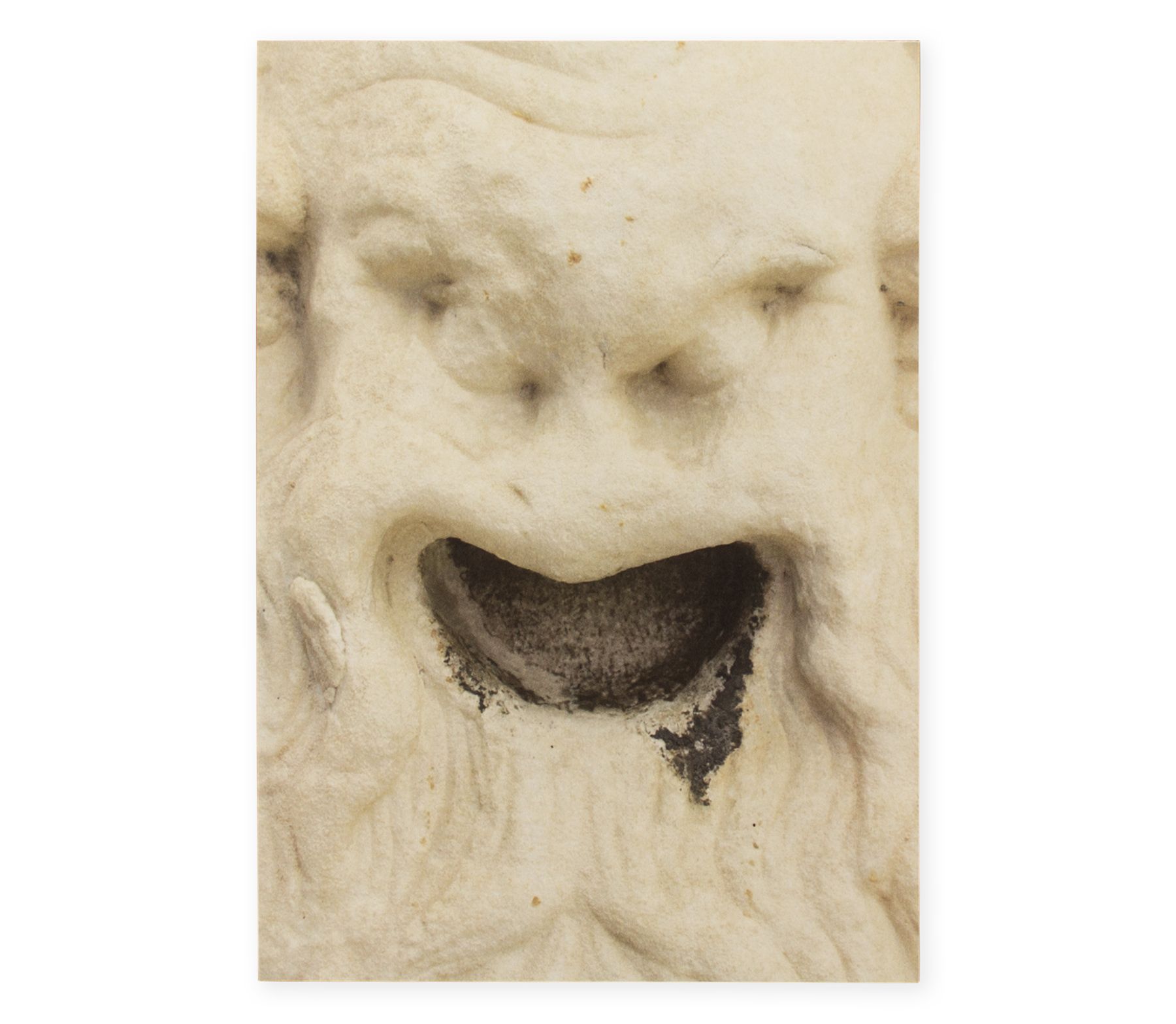 Persona accompanies Romeo Castellucci's installation of the same name at the air-raid shelter in Via Indipendenza, Bologna, with sound by Scott Gibbons. In the darkness of an air-raid shelter, you come across a satyric mask that, in the hollows of the eyes and mouth, is operated by a frenzied, deafening mechanical device. It is a Papposilenus from the Hellenistic period, a depiction of the oldest of the satyrs, the one who hates the city. It is with a comedic language that Castellucci tells the human comedy, and with a inhuman look that concentrates on the human being. The mask is made from heavy monumental bronze, and that is contradicted by the speed of its eyes and tongue: this semi-feral entity sees "everything" and talks about "everything", a summation of the visual angles and the languages ​​of people. The sonority that captures and sends back again, while the eyeballs flail as if in the throes of ecstasy or delirium, is the result of the condensation of a screaming crowd, and his bronze as if it were a bell. The goal of the installation is to instil fear, but fear of what is seen: we, the audience, the group of the species, spectator-performers. Persona, which means "mask" in Latin, is our face to face meeting with a warning siren.

Persona includes the text "From an exchange of opinions with a spectator on the myth" by Romeo Castellucci, and the Blumenberg-like anthology "The Future of Myth."