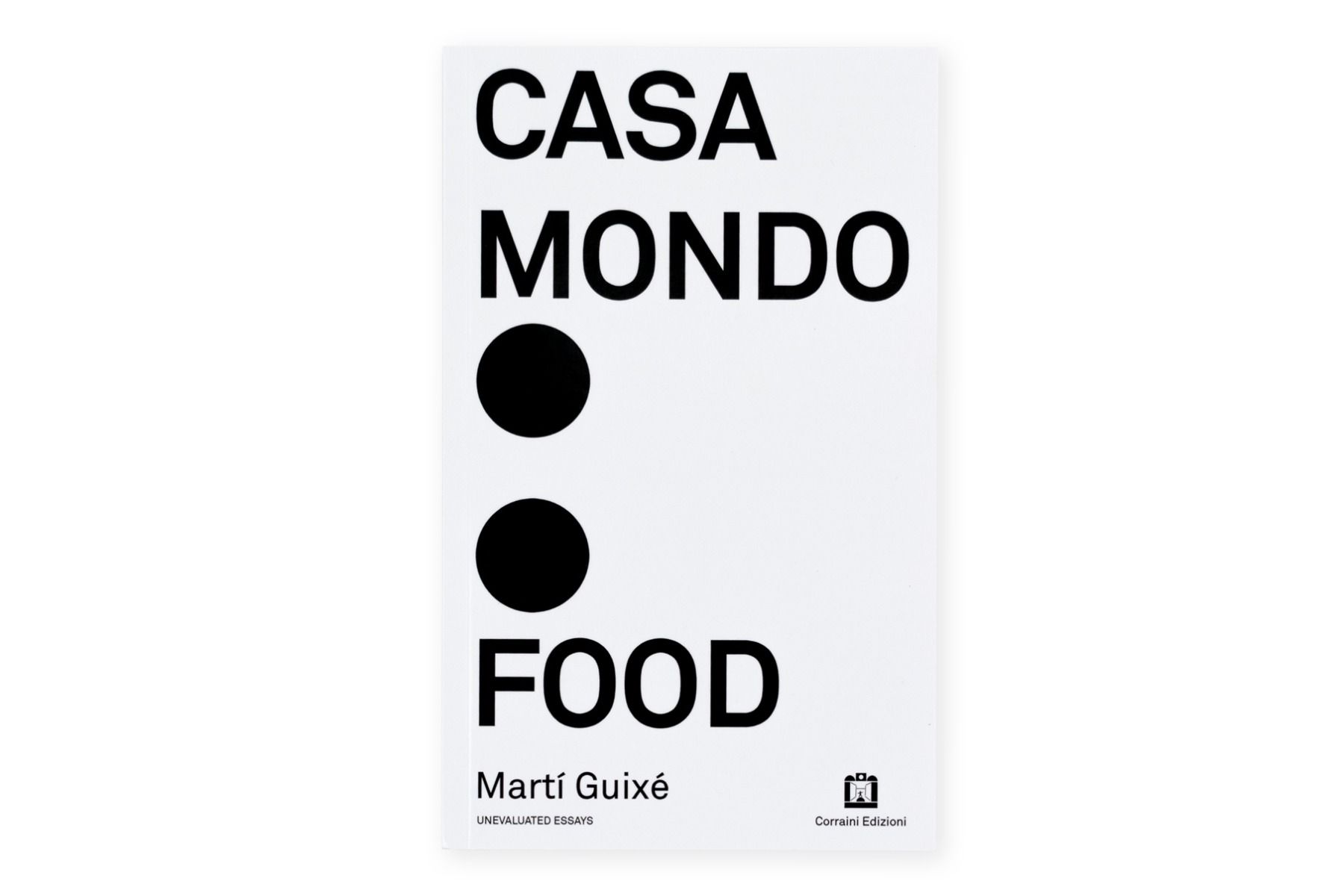 Casa Mondo: Food by Martí Guixé is a narrative essay that discusses what food is and what it represents in the 21st century, suggesting a theory on the relationship between food-home and the new means of use, especially in light of the pandemic that has transformed our daily lives.

Inserting itself in a broader reflection on the theme of the home, Casa Mondo: Food focuses on cooking and food design, themes that have always been of particular interest to the Catalan designer. If in our world, the virtual dimension is becoming increasingly important, food is for Guixé one of the few real things left, capable of redefining - through flavours, smells, textures - the relationship that humankind has with nature.

A pioneer of food design, Martí Guixé here collects, in an expanded and revised edition, texts and drawings originally created for "Casa Mondo," the first virtual exhibition at the Maxxi, hosted on Instagram starting in June 2020. As Domitilla Dardi, co-curator of the exhibition, points out, in Martí's work “behind the apparent elementality of the line, the vision of someone who sees without filters is revealed, knowing how to conceive behaviours to be generated, always with that hint of irony that is as essential and vital now as ever”.

Casa Mondo: Food is the first book in the new series Unevaluated Essays, edited by Martí Guixé: four issues a year that bring together theories, essays, hypotheses and forecasts for understanding (and reacting to) this new disordered society that has emerged at the beginning of the 21st century, ranging from politics to economics, science to culture, ecology to food, with a focus on design.