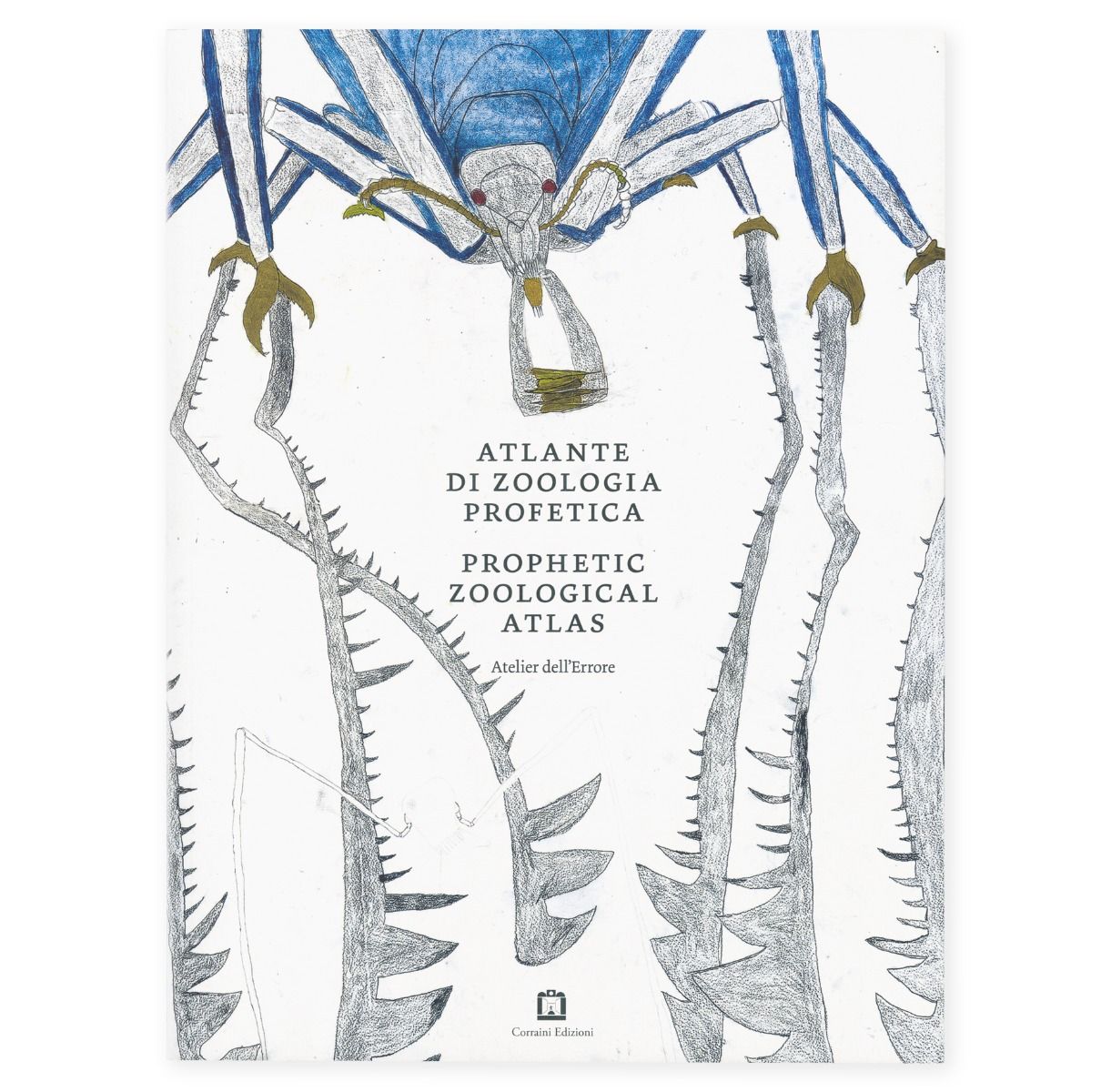 There isn’t any single reality, nor a unique way of looking at things. Seeing things from different angles is a very fruitful way to come to terms with the world, with our living in this world. The youngsters from Atelier dell’Errore, a laboratory of visual arts created in 2002 at the initiative of visual artist Luca Santiago Mora as a complementary service to the Child Neuropsychiatric clinics of Reggio Emilia and Bergamo, know this very well. Their creative imagination is focused on the representation of animals depicted as ancestral figures, living organisms foreign to any traditional order of scientific classification. The Atelier animals certainly embody the fears and defeats of those drawing them, but more so their need for protection and their powerful drive towards self-assertion. Alive with a visionary energy, the Atelier works spring out of the youngsters’ need for assurance and support toward their achieving selfesteem and self-confidence and the development of a fruitful relational system with other people.

Atelier dell’Errore’s artistic expression and research focus on animals interpreted as ancestral figures outside and beyond their traditional scientific classification. The book, conceived for the exhibition “Uomini come cibo” (“Humans as food” - Milan, June - September 2015), intends presenting a multidisciplinary view on art and the specificity of the extraordinary work of the Atelier’s young artists. Writers, poets, psychoanalists, art critics, men of faith, intellectuals have explored both images and words of these works which create an interplay of on-going correspondence and textures between language and representation.

The book is now presented in his second edition in paperback.