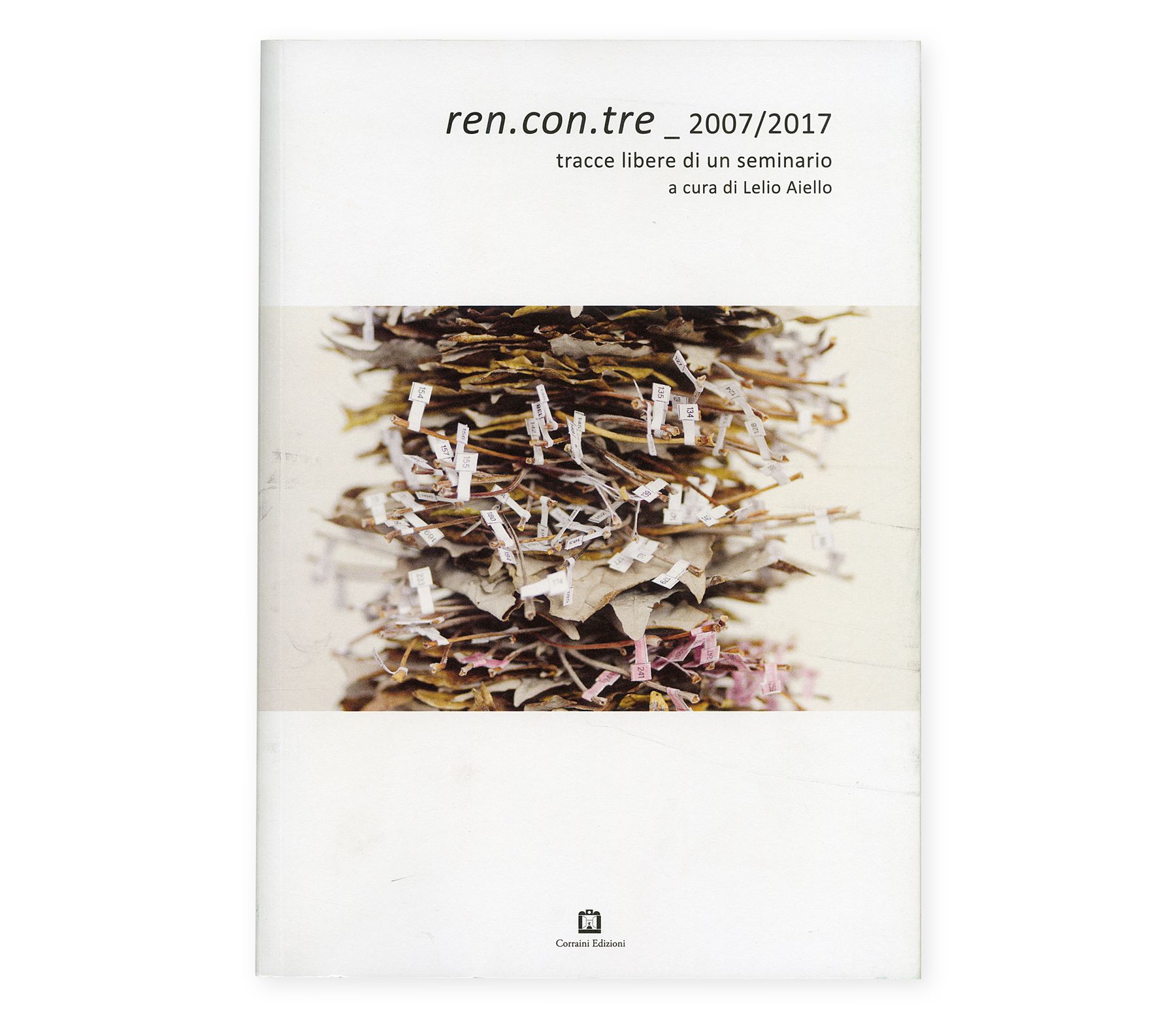 ren.con.tre, a project by the Accademia di Belle Arti di Bologna in collaboration with MAMbo, was created with a specific purpose: to host a series of meetings at the Accademia with internationally renowned artists selected from the Italian scene.

Ten years after the first meeting, the book, edited by Lelio Aiello, is presented as another step in the seminar, a further experience that is useful for training the artist "in the making" who is or probably should be a student at a Fine Arts Academy. The book presents, in alphabetical order, the thirty-three artists who took part in the seminar. In addition to the large space dedicated to the images of their works, each of them was asked to write a text: a brief reflection on the issue of teaching and training or on the operational processes that accompany the creation of a work.
The opening contributions - written by Lelio Aiello, Enrico Fornaroli, Lorenzo Balbi, Carmen Lorenzetti, Guido Molinari, Leonardo Regano, Maura Pozzati, Caterina Sinigaglia and Marco Senaldi - investigate above all the cultural and social climate in which the different generations have formed and operated, placing each artist's research in its own context.

ren.con.tre therefore becomes a research tool that presents an authoritative review of the art and artists who have been active in Italy over the last few decades: not so much a critique of artistic trends that are still "in progress", of which we are spectators and protagonists, but rather a travelling exhibition, an exhibition space on paper.