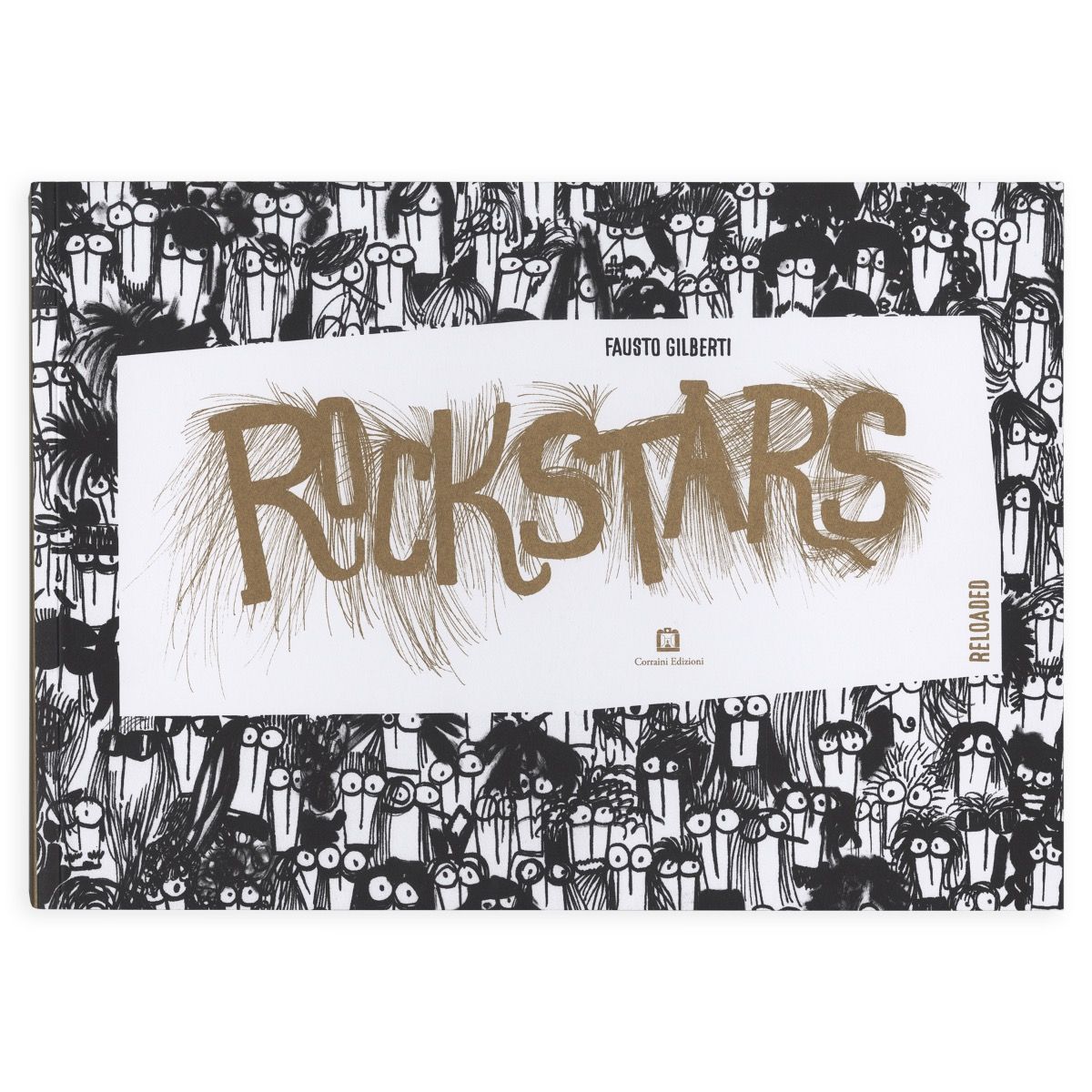 Fausto Gilberti’s rockstars are back and better than ever with this new updated and expanded edition featuring 40 new illustrations. From Chuck Berry to The Cure, the Rolling Stones and Daft Punk, this book is an impassioned parade of rock stars, selected, feted, consumed and, finally, drawn by Fausto Gilberti.  Not an exhaustive catalogue but a personal view through pictures of the world of rock: from a childhood at full blast to secret detection of future celebrities, his enthusiasm for the stars of rock is a tribute to the emotions this music naturally unleashes.

The monochrome drawings of Fausto Gilberti – which eat into their subjects with a singular irony – are accompanied by a first person account of the artists’ discovery. Anecdotes and impressions unfold as the history of music is told along with the objects on which it has over the years been played (radio, hi-fi, CD player, ipod...).  But there’s nothing nostalgic about this book and as each new trend emerges so it warps into something else. Fausto Gilberti is “always on the lookout for new faces, because there’s something novel every day”.

Artist Fausto Gilberti is slender and wiry with goggle eyes that give him a look of constant surprise. His favourite place is the kitchen, where he draws day and night on a table once used for making salami. He was born in Brescia 40 years ago, is married to Laura and has two children, Emma and Martino.