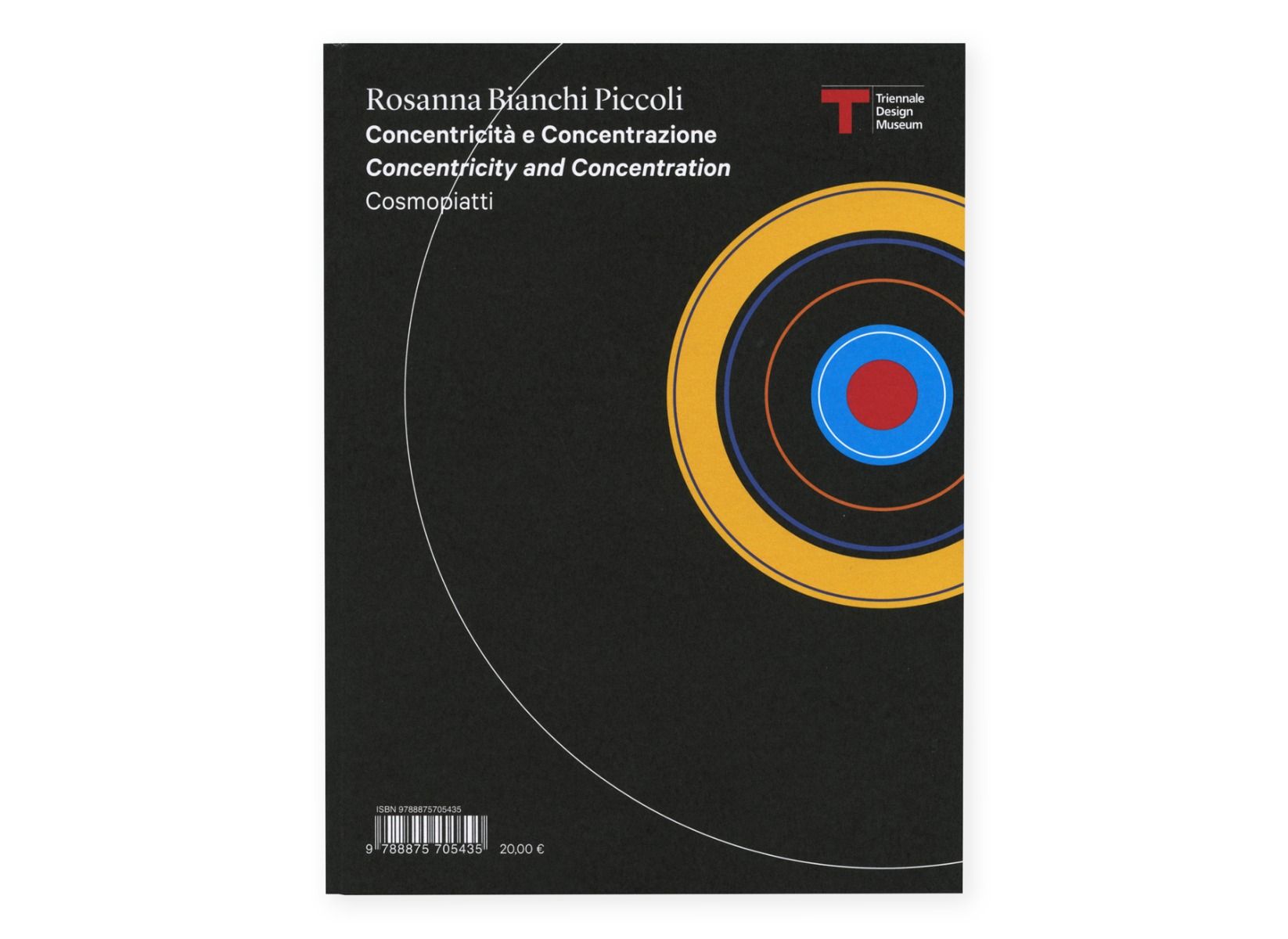 Rossana Bianchi Piccoli. Concentricity and Concentration, the book that accompanies the exhibition of the same name at the Triennale Design Museum, gathers together a selection of works from 1960 to 2015 created by Rosanna Bianchi Piccoli, an emblematic figure in the world of international ceramics.

The book, which is divided into three parts with a graphic inversion of the reading direction, presents a series of over 60 new Cosmopiatti, created over the past five years (2011 - 2015), as well as a sample of the original series from 1967. The Cosmopiatti were based on an idea on the power of the centre (Rudolph Arnheim), of the circle, of orbit, of concentricity and of concentration, and they share their atmosphere not just with Italian Spatialism, but also an International Abstractism between the mid-1950s and the mid-1970s represented by, among many others, Kenneth Noland. The other half of the book features 45 Vasi Sacri, whose original design dates back to 1965 (here, too, you can see new pieces placed in dialogue with examples from the original range), which bear witness to the artist’s desire to reconnect with traditional ceramics, especially its anthropological role, to reach an original language, aware of its origins by Enzo Biffi Gentili and Marco Romanelli and an interview between the curator Silvana Annicchiarico and Rosanna Bianchi Piccoli.