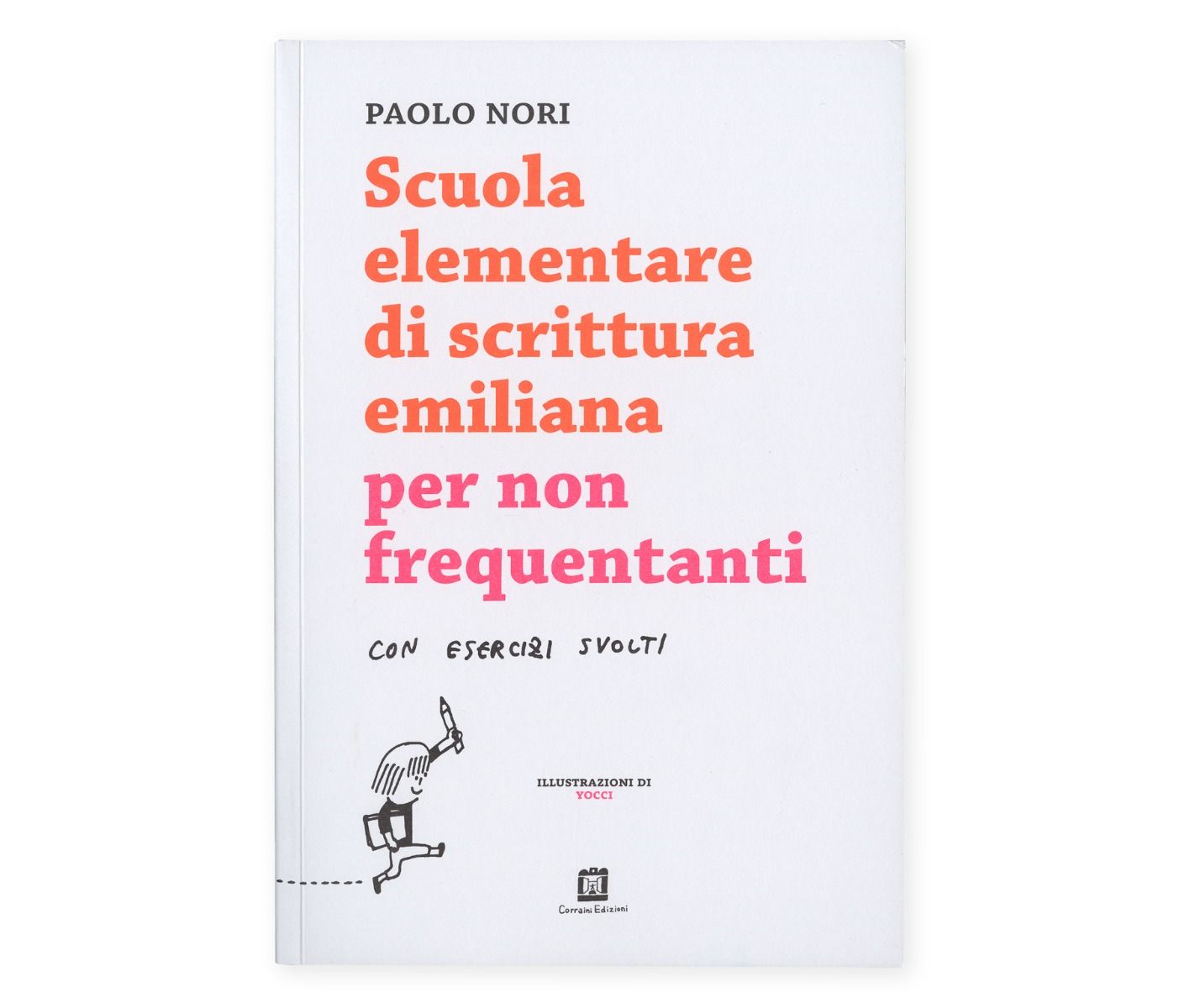 “Italian-Italian, proper Italian, the one where you say giuoco and not gioco, the one where pésca and pèsca are two different words, the one where you follow the rules in grammar books, not from use, i.e., the one where the way you speak is not because that’s how you speak, but because that’s how you should speak. Around two to three million people speak it in Italy; the others speak in a language that is affected by the place they come from, which is often different to how they speak in the town five kilometres away, but which remains, for the most part, understandable to everyone and is full of an expressivity that is difficult to achieve with Italian-Italian. It’s because of this that the school is called Emilian, not because it should be written in Emilian (there have also been other Emilian schools abroad, in Lombardy, in Piedmont, in Liguria, in Sardinia and even in the Canton of Ticino) but rather to underline the fact that who take part in the school will be asked to work in a concrete, regional, rough language; a language in which it is difficult to hear somebody say cribbio or poffarbacco, instead saying vacco mondo or zio campanaro.”

Within the pages of the book, illustrated by Yocci, the author digs, often through real examples, through the layers of this language in search of authenticity, released from the bubble wrap of literary correctness. Each chapter ends with a number of “completed exercises” for the student by different schools of Emilian writing, precious insights for readers, students who have not attended Paolo Nori’s anti-scholastic school.