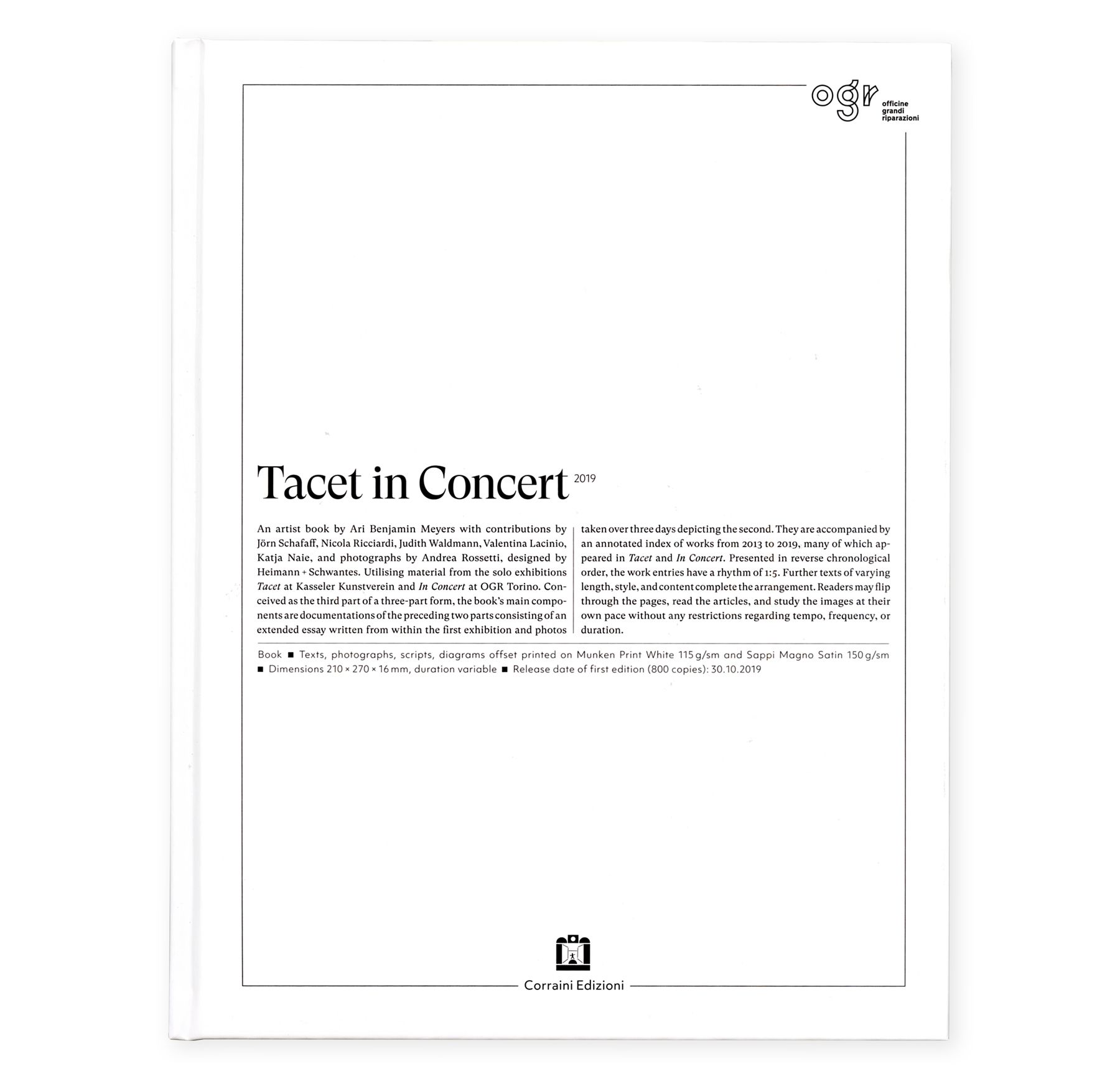 The first artist's book by Ari Benjamin Meyers, Tacet in Concert is conceived as the final chapter of a three-part project, and completes the journey begun with his two solo exhibitions: Tacet and In Concert. Very different in content and presentation, the two shows were held almost consecutively during 2019, the first at Kasseler Kunstverein and the other at OGR Turin.

In Tacet a series of recent works by the artist were exhibited - such as scores, objects, and ephemera - and for the entire duration of the exhibition a single performer called "the archivist" recorded his own reflections and those of the visitors, interacting with the public according to Meyers' indications and re-enacting some of the performances. As the title suggests, and quite unusually for Ari Benjamin Meyers, the exhibition took place mostly in silence.

During the six weeks of In Concert a group of eight performers, within a specially designed scenography, followed a meta-composition by Meyers, wherein seven of his performance works were intertwined with each other. They appeared throughout the exhibition in various configurations and reinterpretations, constantly evolving over the course of the show.

The book is born from the documentation of these two exhibitions, each conceived in a very different way. Tacet is told through a long essay written in the form of a diary by Jörn Schafaff - the archivist - and it may well be the first report of an exhibition made by an (embedded) art theorist who witnessed directly every moment the show was open. In Concert, on the other hand, is fleetingly told through Andrea Rossetti's photographs, taken at OGR over three days. The volume is enriched by essays by Nicola Ricciardi, by the curators Judith Waldmann and Valentina Lacinio, and by the neuroscientist Katja Naie. The book also contains a commented catalog of Meyers' works created between 2013 and 2019, many of which were exhibited as part of Tacet and In Concert.