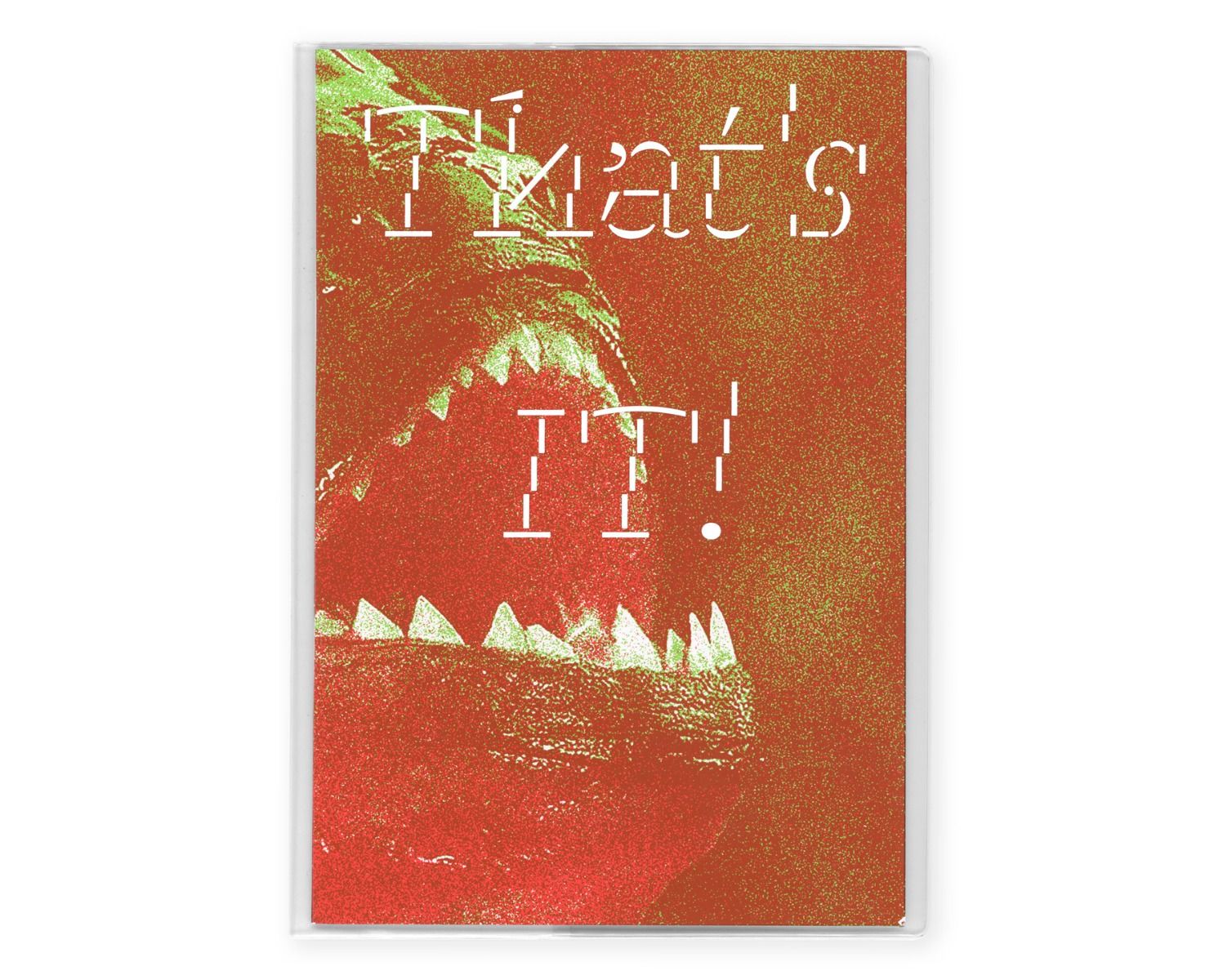 That's IT! | On the newest generation of artists in Italy and one meter eighty from the border

As part of the exhibition That’s IT! On the newest generation of artists in Italy and one meter eighty from the border, Edizioni MAMbo has issued a publication, not merely a catalogue of the exhibition, but a “work” created by two of the artists featured in the exhibition: book designer Federico Antonini, who designed the graphic layout using only the colors green and red, which he overlapped on white pages, and type designer Alessio D’Ellena, who especially created the font Laica ASCII italic for this project.

All the artists in That’s IT! have contributed to create the book, as each of them was completely free to design their own four-page folder, making an ad hoc visual intervention.

All the interventions, which are printed on loose pages so that they can be assembled in the desired order, have become a special section of the book, a sort of extra exhibition space, a “show within the show”.