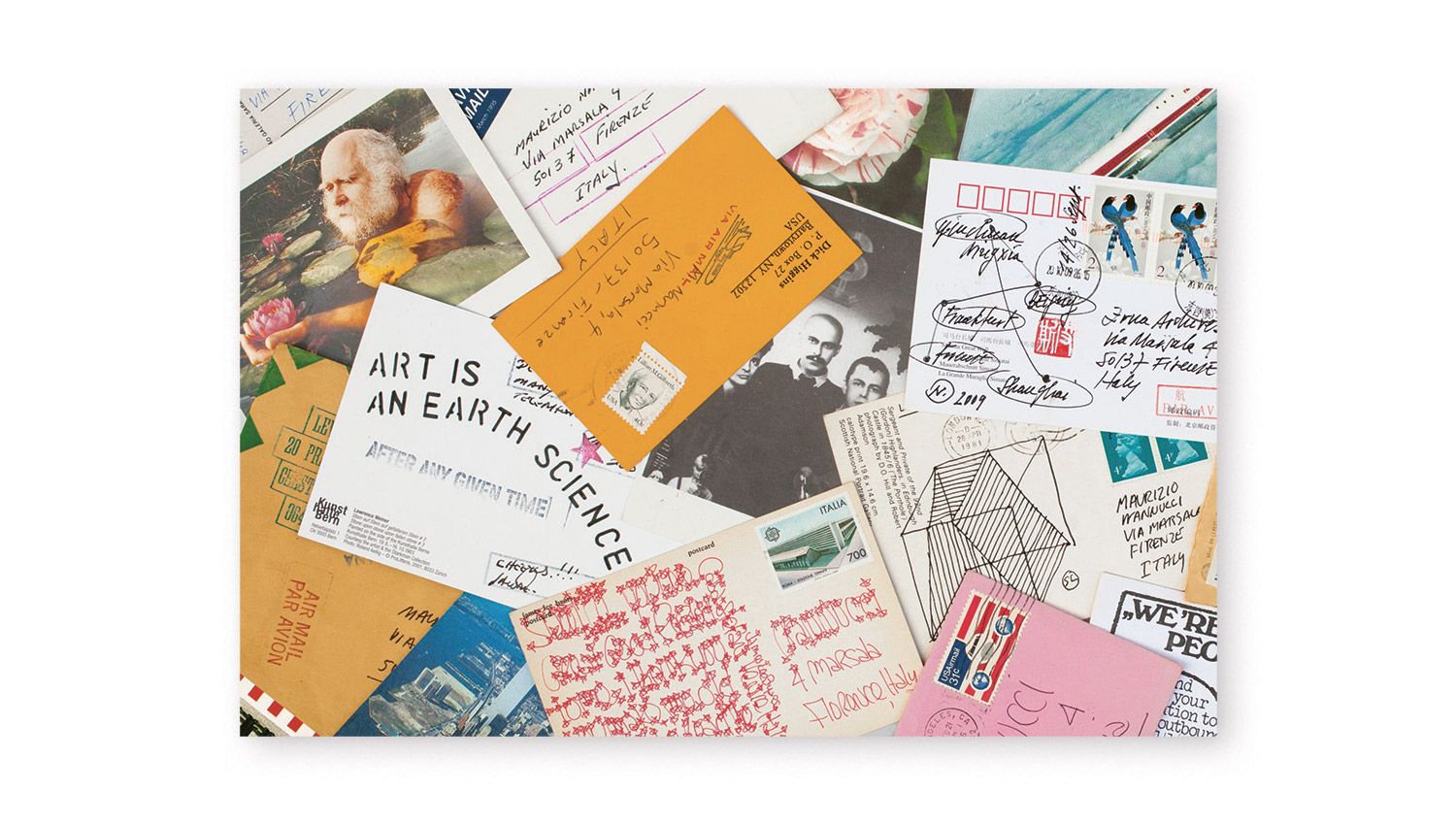 This Sense of Openness

The book brings together a large selection of correspondence received by Maurizio Nannucci since the 1960s. There are hun- dreds of postcards, letters and telegrams from the numerous artists with whom the artist has come into contact over time. Only postal items are published here, excluding his endless fax and email correspondence of the 2000s.

The first documents, from Giacometti’s 1963 telegram to Emilio Vedova’s letters of the same year, were linked to articles that Nannucci published in a number of art magazines, proposing the work of masters of previous generations, a sort of tribute to some figures of reference. Later, in the 1970s, for Nannucci the exchange of letters became the main tool for participating in and promoting an independent network of artists who shared with him a new approach to an anti-academic and experimental art practice. This intense circulation of ideas and works provided Nannucci with the opportunity to create artist-run spaces, organise exhibitions and publishing projects, as well to publish artist’s books, magazines, multiples and sound anthologies, all of which attracted a significant number of contributions from international avant-garde artists, from Ed Ruscha to John Cage and John Baldessari, from Giulio Paolini and Alighiero Boetti to Maurizio Cattelan... But also with such artists as Michael Snow, Hans Peter Feldmann, Eugen Gomringer, Yoko Ono, John Giorno, Robert Barry, Herman de Vries, Henri Chopin, Ben Vautier, Dieter Roth, Robert Lax, Dorothy Iannone, Maurizio Mochetti, Richard Long, Franco Vaccari, Niele Toroni, Ulises Carrión, Augusto de Campos, Markus Raetz, Antoni Muntadas, he engaged in constant exchanges that led to continuous collaborative relationships. With others, such as Robert Filliou, Ian Hamilton Finlay, Sol LeWitt, James Lee Byars, Lawrence Weiner, John Armleder, AA Bronson, Rirkrit Tiravanija, Jonathan Monk, he created real partnerships.

The importance of the materials collected lies in their ability to give a ‘live’ rendering of the different artistic seasons of the second half of the twentieth century and up to the present day: from Concrete Poetry to electronic music, from the Fluxus movement to Conceptual and Minimal Art... and the art of the 2000s. Read together, the letters and postcards give a sense of that particular feeling of contemporaneity that Maurizio Nannucci has nurtured over time and that has led him to be part of the widest of the artistic communities, to believe in the social and communicative value of art, in continuous interdisciplinary experimentation, in the forms of diffused creativity with which to overcome every categorisation and every possible limitation of one’s personal expressive field.

The beauty of these materials lies in their incredible physicality, in the appeal of the different styles, in the use of expressions and fast sentences, and above all in their being, in many cases, examples of the lightest and the freest of art forms, made of coloured tissue paper, of small drawings, of unusual inks, of stamps and postcards designed by the artists themselves or of images chosen with humour or evocative power from tourist postcards. They are unique objects that form a collection woven of the spirit of the times, made up of complicity and friendships, ideas, projects, utopias, aspirations, curiosities. They are documents and they are works from which a great human energy emanates, nourished by a sense of wonder.