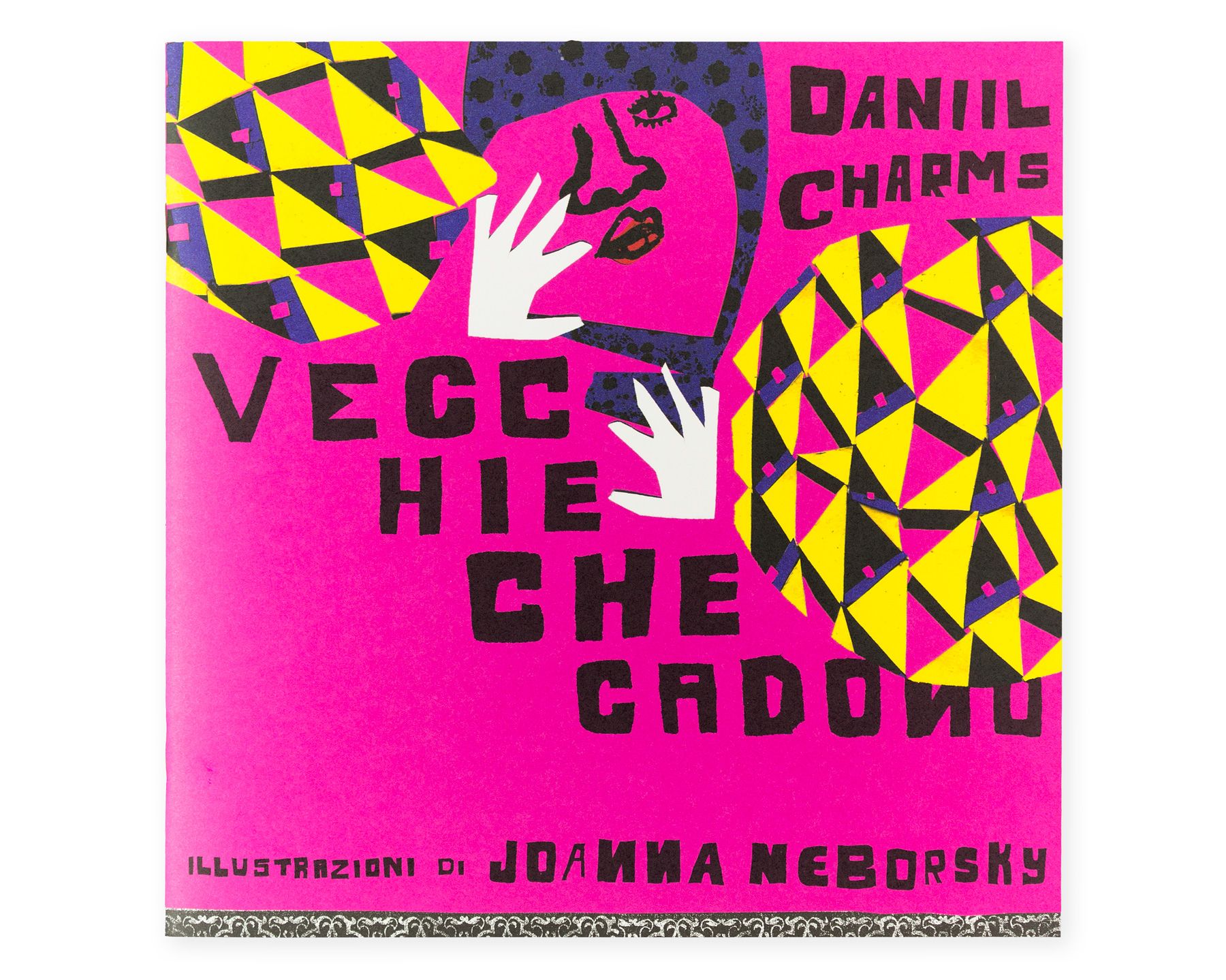 The creative and colourful collages of Joanna Neborsky illustrate a short story by Daniil Kharms, recreating the unreal and imaginary atmosphere of early nineteenth-century Russian Surrealism to which the story belongs.

A curious sequence of old women falling out of the window attracts the attention of the narrator passing by. By the sixth tumbling woman, boredom leads him to search for new curiosities in a visit to the market. This incongruous, partly metaphysical and partly comic tale is visually brought to life by Joanna Neborsky in a landscape suspended in time and filled with intense patches of colour.

Tumbling old women is the new title in the collection “22”. From an idea of the historical collection “Tantibambini”, directed by Bruno Munari for Einaudi from 1972 to 1978, collection “22” is a publishing project dedicated to children’s books that features historical masters like Bruno Munari, Pino Tovaglia and Giancarlo Iliprandi, important authors like Davide Longo and Chiara Carrer as well as young talented illustrators such as Katrin Stangl, Oscar Bolton Green and Joanna Neborsky...