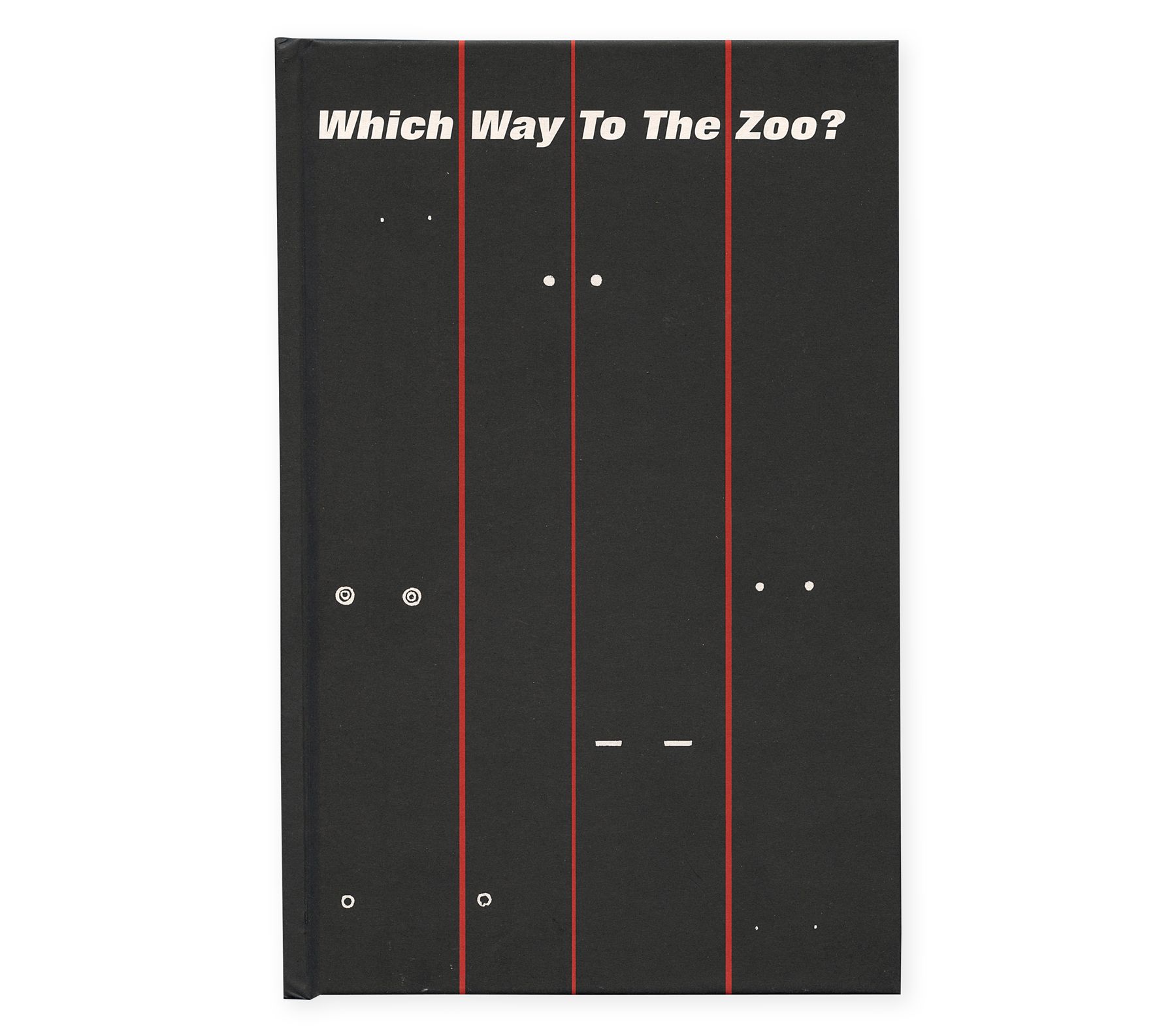 Which Way To The Zoo?

Published in 1962 and now reprinted for the first time, Which Way To The Zoo? is the story of some careless animals – with a moral message, as required by the canon – told with the unmistakable flair of one of the masters of American graphics, William Wondriska.

It all starts off with the simple question that Mr. Mouse asked his friend Mr. Snake, “which way to the zoo?” An unanswered question that bounces from one animal to another (from an elephant and a rabbit to a crocodile and a giraffe), with ever-increasing curiosity and company. That is until the wise old owl – who from the top of his tree has seen and heard everything over the years – reveals what was obvious from the very first moment.