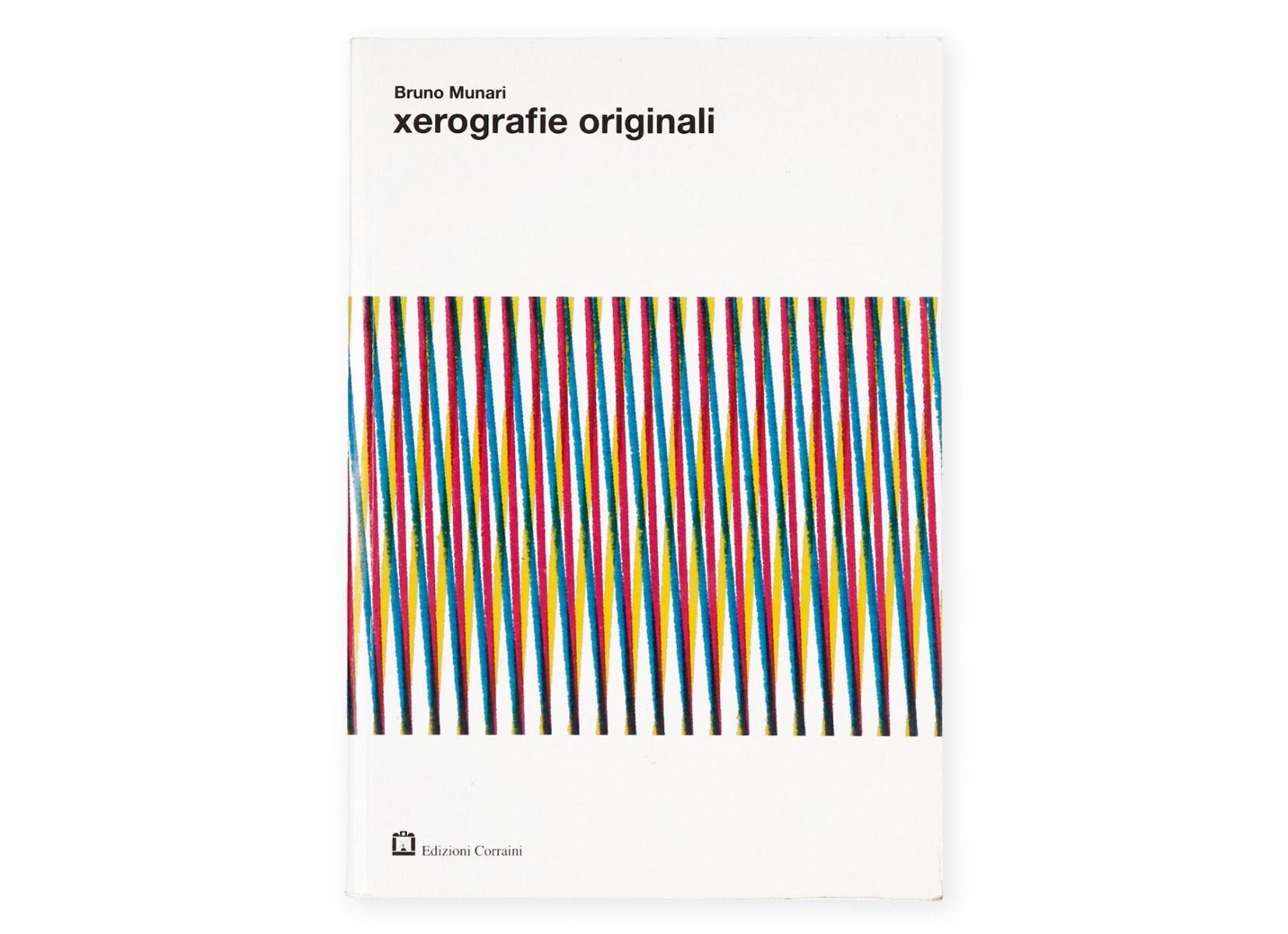 An original xerography is the result of an image which is moved on the plate of glass of the copier, so that it reproduces both the image and its movement. Therefore, it doesn’t consist in a mere copy, but on the contrary in an original, which is obtained through a process exploiting the whole potential of the copier. Hence it not only reproduces but produces images as well.

From this starting point Munari develops his studies and experiments about working rules of copiers, originally published in the series Quaderni di design curated by Munari himself for Zanichelli (1977).

Each factor of the copying process (with the copiers available in the 70s), from its reading limits to the concentration of the toner, is deeply and systematically examinated and experimented by Munari in every aspect and possibility. The result is a series of samples (“copies”?) that, following his research method both strict and creative at the same time, do not aim towards a specific purpose, but want to collect as many data as possible in order to describe almost every potential of the machine, including its most surprising and unexpected possibilities.