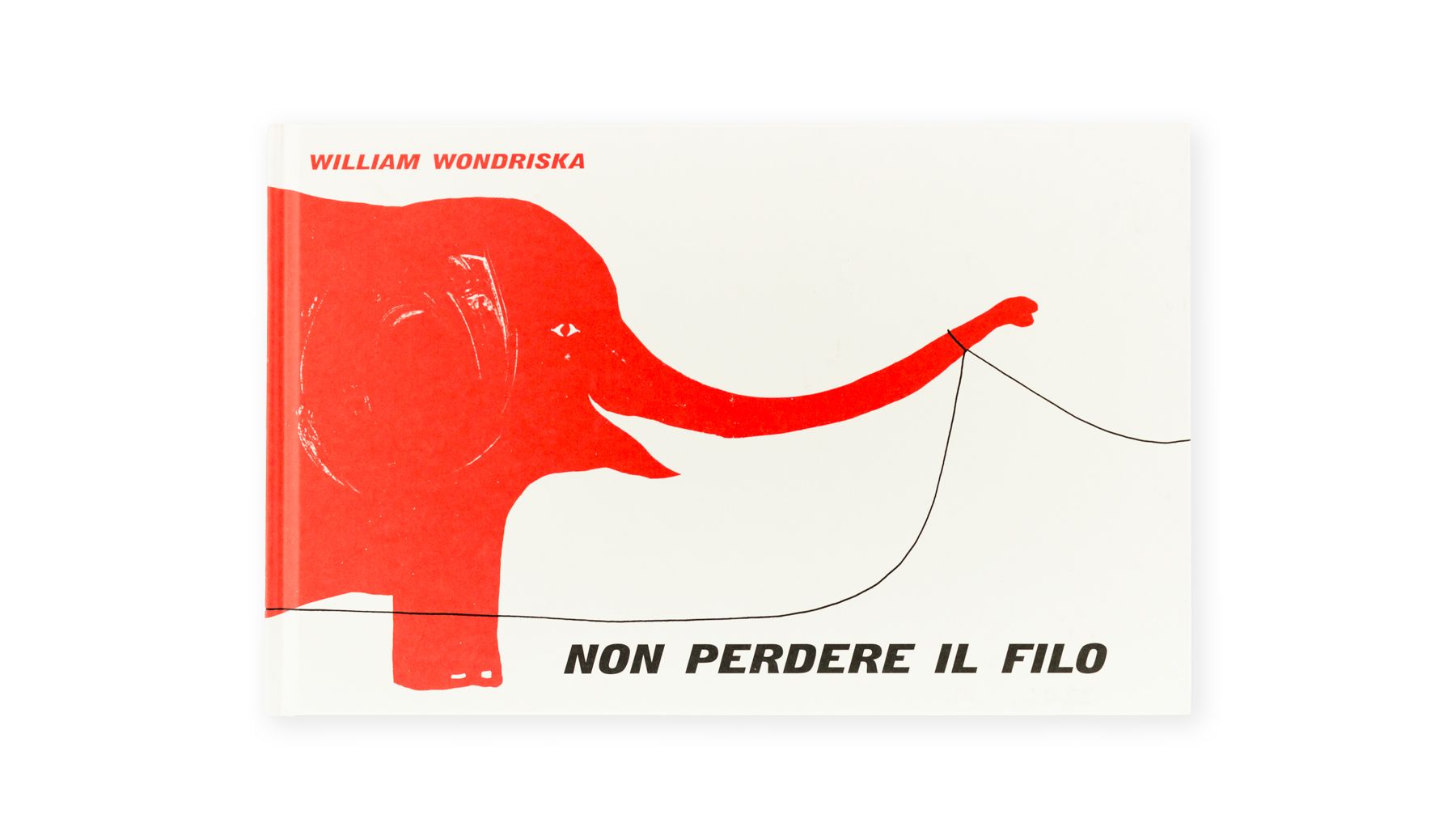 An endless piece of string is tying together an infinite alphabet of objects, from a threatening alligator to a timid xylophone, from the moon in a starry night, to the warm sun of a bright day.
By following the string in its unexpected journey, the curious reader will meet objects and animals tied in the string in alphabetical order.

After having guessed and discovered, page after page, the classical and spontaneous illustrations in a vivid and fresh colour, you’ll find all objects in a final list with their Italian translation.
“A long piece of string” is William Wondriska’s second book for Corraini after “All by Myself”. It has been originally published in 1963.

Renowned graphic designer, William Wondriska is among the protagonists of American graphic design in the second half of 20th century. He studied at Yale University and School of the Art Institute in Chicago and has been professor at several universities in the US.
He wrote eleven books for children that have been awarded many prizes by the American Institute of Graphic Arts.