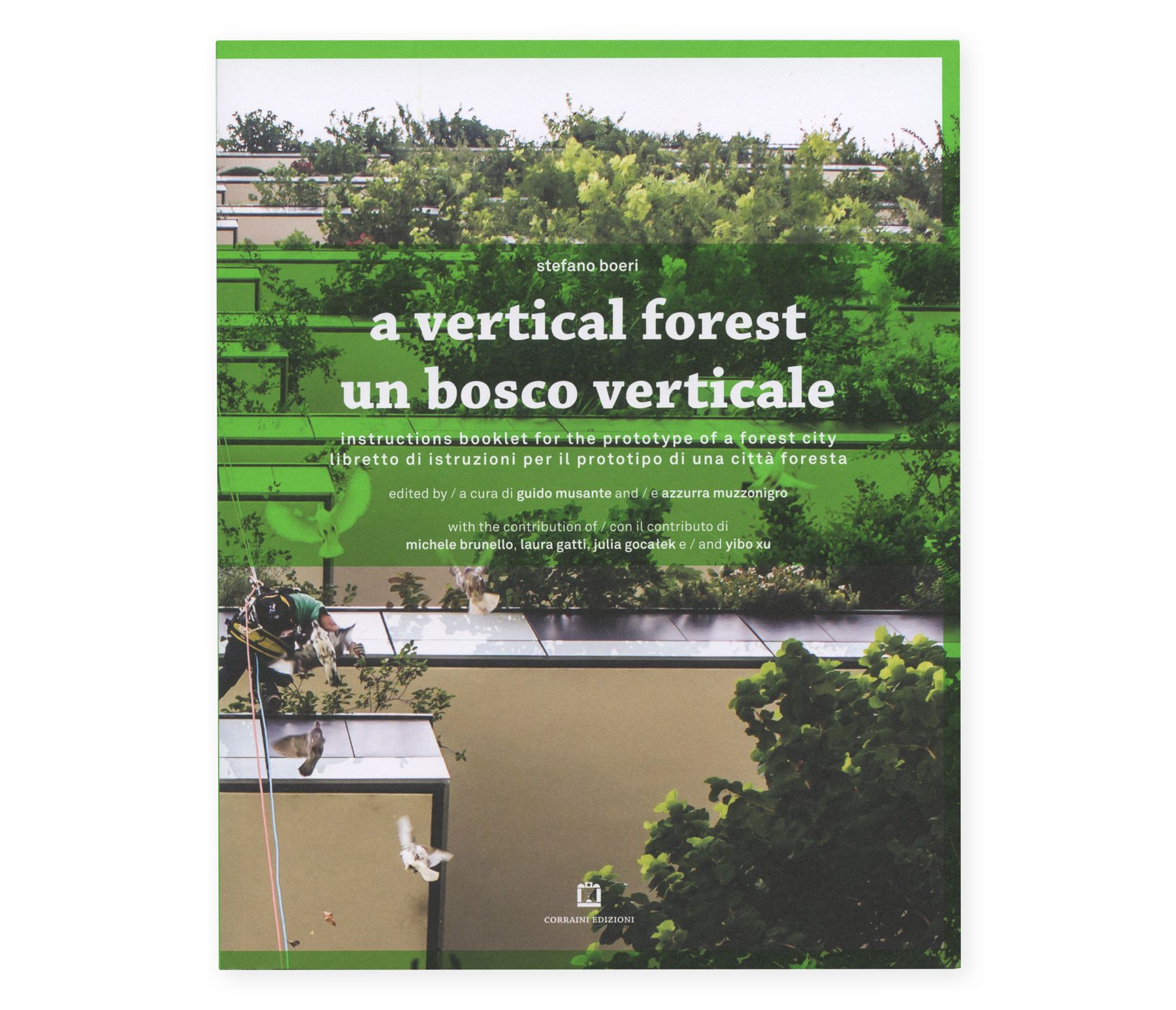 “In those months in 2007, I was in the initial stages of the two tower project in the centre of Milan and just like that – this is how the strangest, most interesting ideas arrive, unexpectedly and swiftly – I thought of something that was more of a reaction to the prevailing trend, two organic towers, not covered with glass, but with leaves instead. Leaves from plants and shrubs, but mostly from trees. Two towers covered with life.”

A Vertical Forest is the book in which Stefano Boeri speaks about the project that has since become, even before it was finished, one of Milan’s most emblematic buildings. An attempt to introduce a concept to architecture that, until now, has been completely disconnected: biodiversity. The Vertical Forest is not only a building to be inhabited by humans, but also by other creatures such as birds and insects, who have been driven out of our cities by the unstoppable dominance of cement.

This book is divided into four parts “Humans and trees”, a piece by Stefano Boeri who speaks of the birth and development of the project; “Tales from the vertical forest”, with some short stories from Stefano Boeri illustrated by Zosia Dzierżawska; “Vertical Forest: Learning from VF1”, which models the experience to allow for export and the “Illustrated dictionary of the vertical forest in 100 items”, which gathers together some of the key points from the project.