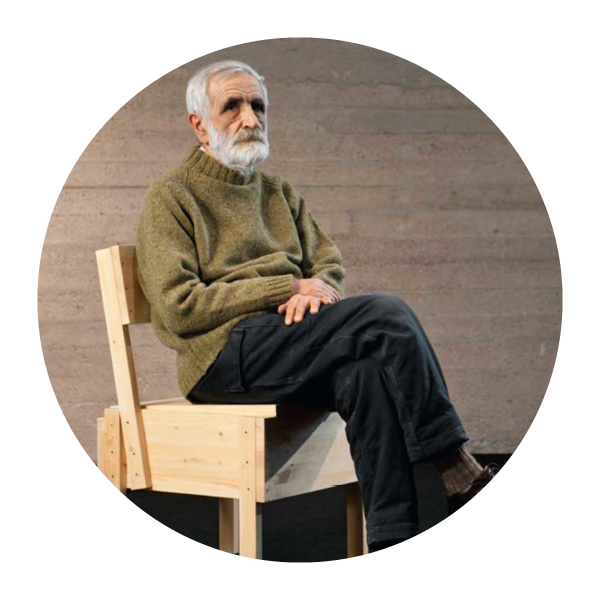 Enzo Mari attended the Accademia di Brera in Milan and, at a young age, he worked in the field of Programmed Art to later focus on industrial design from 1956, while also experimenting with new materials. In art, he promoted the international Nuove Tendenze (New Trends) movement.

In the 60s he revolutionized the concept of design through objects that were seen as being useful to “ordinary people”, who were until then excluded from a sector that was considered elitist.

This led to creations that did not feel the wear and tear of time, liberated from trends, whose meaning rested not only in the constant and extensive research work, but also in the quality of the forms.
Mari has always looked at human needs outside of the constraints of the market. His output encompasses his artist’s inventions, his work as a designer and theorist, as well as being the author of fifteen educational and political books.

His works are present at the Museum of Modern Art in New York, the Galleria d’Arte Moderna in Rome, the Musée des Arts Décoratifs Palais du Louvre in Paris, the Centre d'Art Santa Mònica in Barcelona, the Kaiser Wilhelm Museum in Krefeld, the Gallery of Modern Art in Zagreb and other public and private collections.

He has taught at several Italian universities, as well as in Vienna and Berlin.

He has been awarded the Compasso d'Oro five times; the first in 1967 for "Individual Design Research" and the last in 2011 for lifetime achievement. In 2014 he received the Ambrogino d'Oro, the highest honour awarded by the City of Milan.

In 2000 the Politecnico di Milano awarded him an Honorary Degree in Industrial Design and in 2016, the Accademia di Belle Arti in Brera awarded him the Honorary Academic Diploma in Visual Arts and the title of Accademico d’Italia (Academic of Italy).