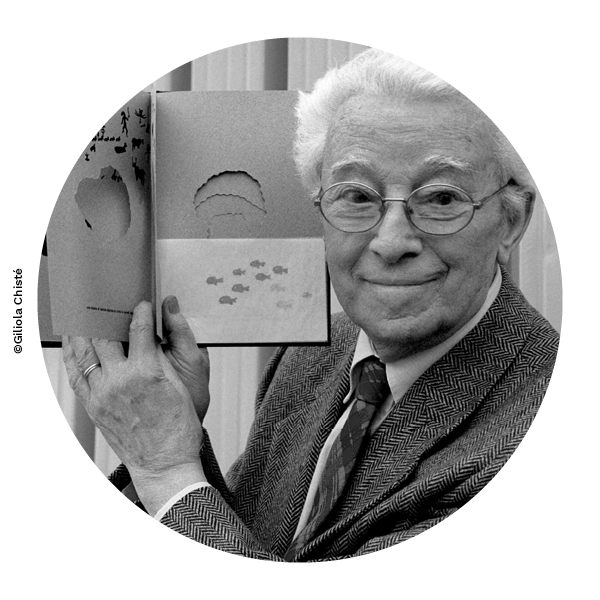 Bruno Munari (1907-1998) was one of the protagonists of 20th-century art, design and graphics in Italy.
Since his very first experiences in the 30s among the artists of the Second Futurism, he always dedicated his creative activity to every form of “experimentation”, in the fields of painting, sculpture, design, photography and didactics. As a part of his eclectic work as an artist-designer, he always paid special attention to the world of children. Never separating content from form and materials, what he designed were at once books, book-objects and games that make us think.

Bruno Munari took a personal interest in the activities of the Corraini art gallery and publishing house for over twenty years, so it is hardly surprising that his books occupy a special place in our catalogue; he also redesigned the Edizioni Corraini logo, inspired by a previous drawing by Roman artist Giosetta Fioroni. 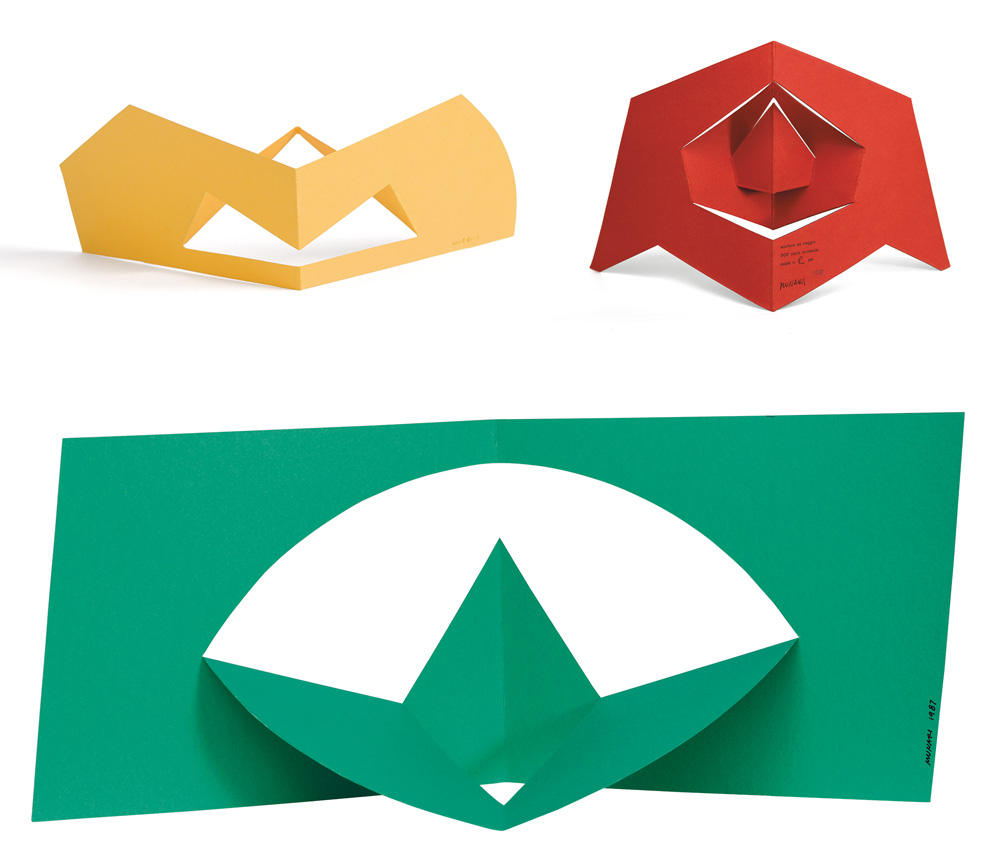 In 1992 he created the “Block Notes” series for Corraini, an open collection of projects which included creative examples of how to use art playfully and intelligently. The books in the series are characterized by their grey covers, pocket-size dimensions and the holes on the cover which prompt the reader to “peek” into the book itself. Flight of Fancy, Alla faccia!, Pensare confonde le idee, Emozioni, Before the Drawing, Love and Kisses and The Sea as a Craftsman are just some of the most important titles in the “Block Notes” series.

Again with Corraini in 1994 was Favola delle favole made for and with children; then followed existing but unpublished stories such as Romilda the Frog (1997, created and drawn in 1958), and, in completion of a series created in 1945, Goodnight Everyone (1997) and The Yellow Conjurer (1997).

Even while writing his books, however, he never neglected art. Around this time were his re-editions of the “Useless Machines”, the “Negative Positive”series and the “Travel Sculptures”, as well as the creation of “Trees”, “Faces”, “Rotors” and “Forks”. 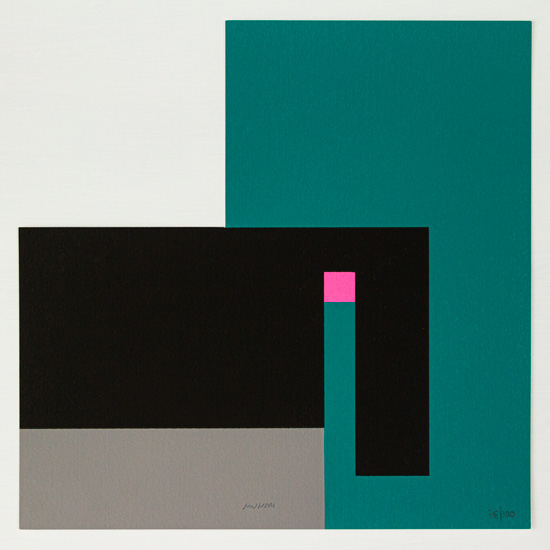 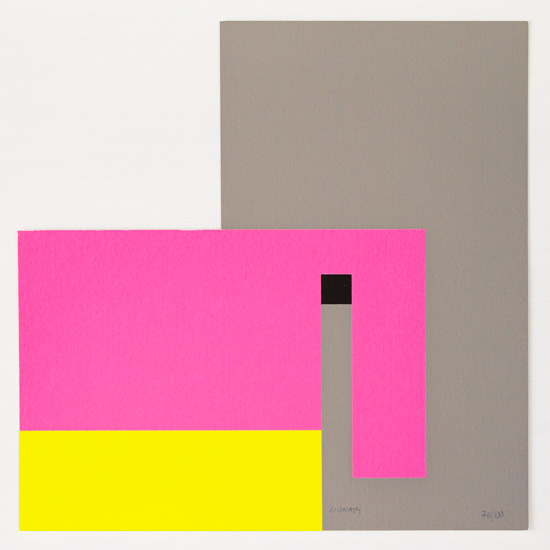 The famous “Libri illeggibili” represent important examples of artists' books: among them, the five titles in the “MN” series were expressly made for Corraini.

Today, Corraini promotes Bruno Munari’s work through numerous exhibitions and other initiatives at home and abroad, teaming up with prestigious organizations including the Museo Archeologico in Bologna, the CSAC in Parma, the Istituto Italiano di Cultura in Marseilles and the Museo Itabashi in Tokyo. Constant and of fundamental importance is also the relationship with Associazione Bruno Munari, with collectors and all those who worked with or put into practice Munari’s work. 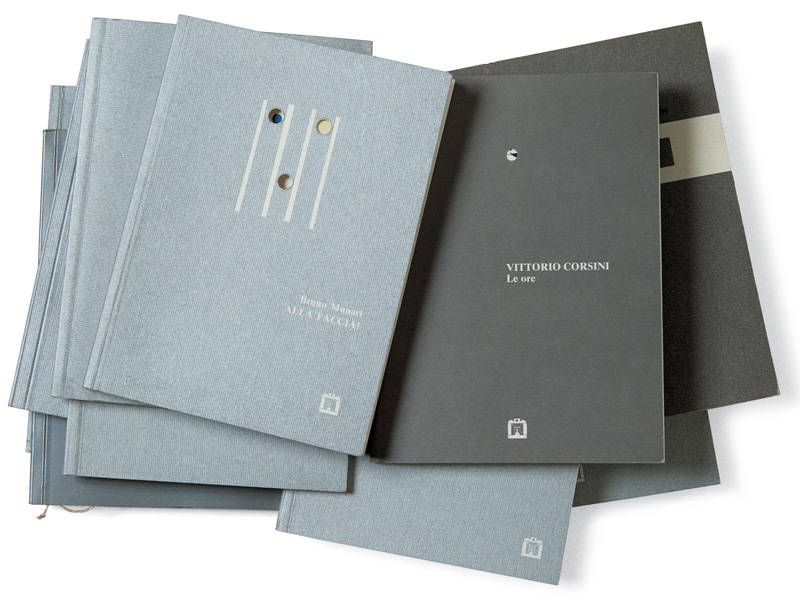 The Corraini catalogue currently contains some 60 titles on and by Bruno Munari, from classics such as Supplement to the Italian dictionary and Codice ovvio to historic children’s books – including n the darkness of the night, The Circus in the Mist, Little Green Riding Hood –, from the new editions of projects such as the Architecture Box MC1 and the Prebooks to the “Workshop” series, which collects Munari’s didactic texts. Gradual recovery and re-printing of the Munari’s complete works is continuing with a new edition of the historic games made for Danese in the Sixties and Seventies, such as Plus and Minus, Transformations and Eight sequences. 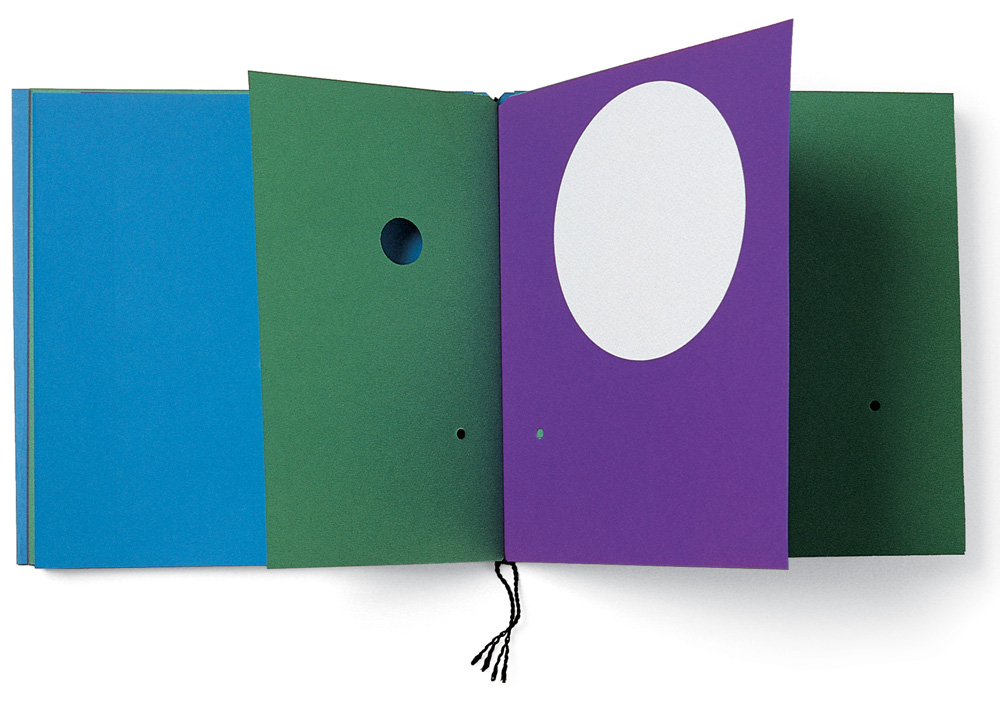