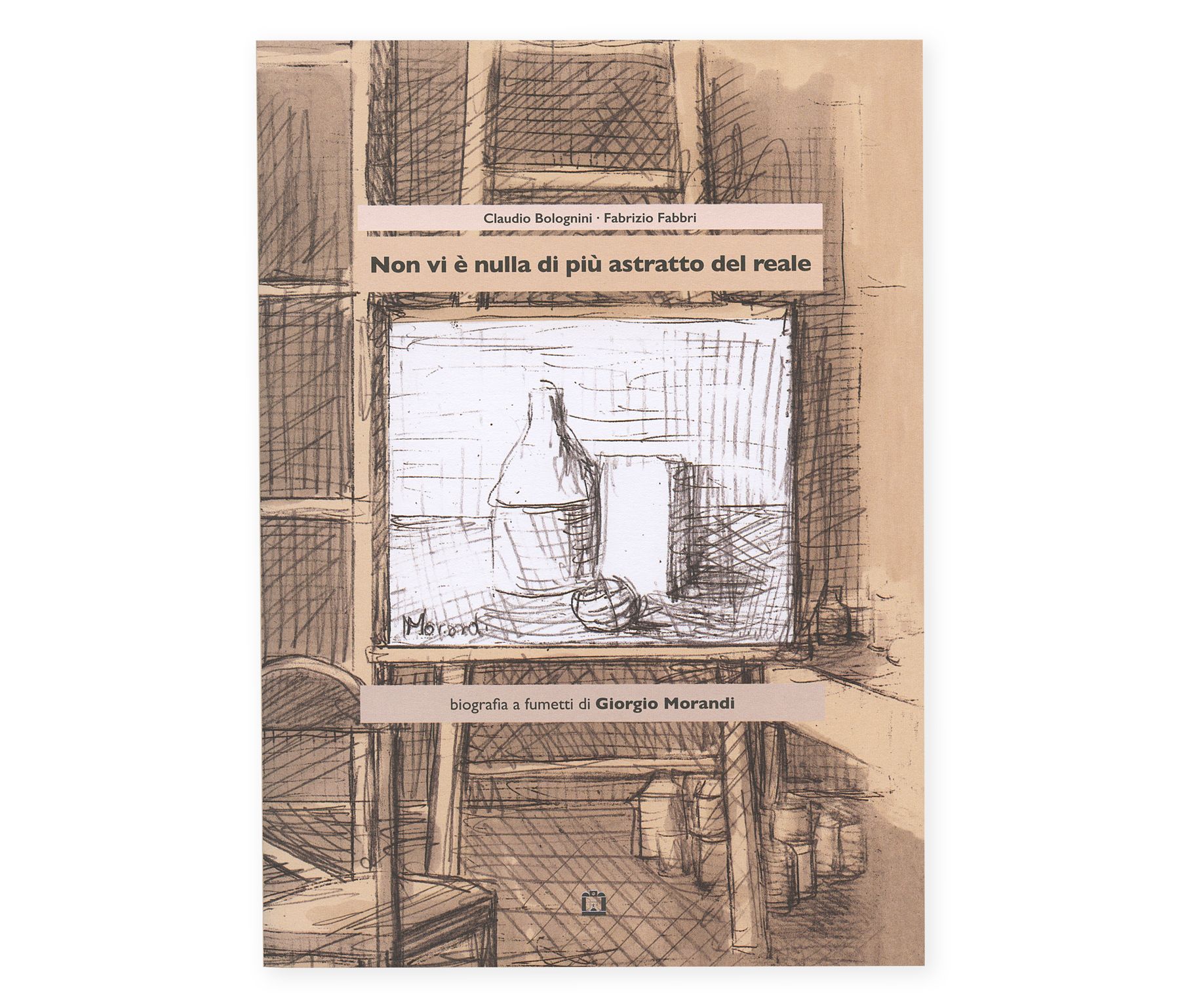 Giorgio Morandi's name is inextricably linked to his hometown, Bologna.
In this comic strip biography, Claudio Bolognini and Fabrizio Fabbri retrace significant episodes in the personal and professional life of the Bolognese artist, highlighting both well-known and hidden aspects.

From early childhood with his first attempts at painting, to his work as a primary school teacher, to the position of lecturer at the Accademia di Belle Arti in Bologna until his success, which saw him acclaimed among the most important artists of the twentieth century on a national and international level.
Morandi's story is narrated through graphics that chromatically link to the tones of his canvases, with an effective narrative structure in episodes that links the artist's personal journey with the historical and social context of Bologna between the wars.
The figure of Morandi emerges in its essentiality, his most human traits and his intimate bond with the city, in a narrative with simple and incisive tones, with an effectiveness that only a comic book can achieve.